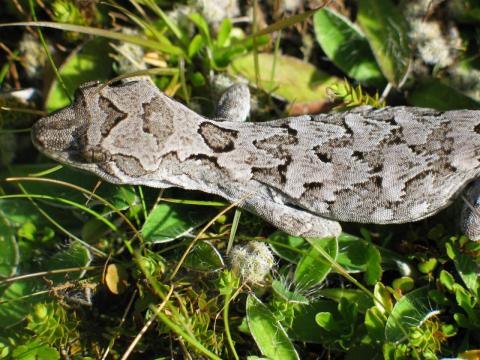 Length: SVL unknown, but likely to be around 80mm, with the tail equal to or slightly longer than the body length

An extremely elusive species from the mountainous regions of south-western Nelson.

It is similar in appearance and build to many of the other Mokopirirakau genera, but is typified by its more greyish colouration as well as by the black-bordered W or V-shaped markings which run down either side of the mid-dorsal line. Known individuals were also characterised by strong head markings which consist of a distinctive V-shaped marking behind the eyes, as well as a T-shaped marking running from the nostrils to the eyes. As with the dorsal surfaces, the lateral surfaces are marked by alternating patches of light and dark grey tones, this continues onto the ventral surface (belly) where it fades to a uniform light grey with some black speckling.

Unknown, but likely to be similar to other Mokopirirakau species.

Nelson Lakes National Park including the Sabine and Travers Ranges.

Little is known about this species, but it is thought that it may be cathemeral, and mainly terrestrial, spending the majority of its life living amongst boulder fields and screes, as with many of the other alpine Mokopirirakau species. It is unknown what habitat this species utilises but based on where the sightings of individuals took place it is likely that they utilise boulder fields and screes amongst low sub-alpine scrub, as well as beech forest, and shrublands associated with river flats.

Likely to produce up to two young per pregnancy as with the other Mokopirirakau species, although the time period between births is hard to determine as little is known about other parts of its ecology.

As with other Mokopirirakau, it is likely that this species is omnivorous taking both invertebrate prey, as well as the nectar and berries of plants. The honeydew produced by scale insects may also be a food source for this species, but this is likely to depend on its utilisation of beech forest as habitat.

Likely to be a host for gecko mites, however, images of both individuals show little evidence of mites, which may indicate that this species is at a fairly low density over its known range.

This species is listed as data deficient, due to its cryptic nature, and lack of sightings. It is difficult to assess the threat status of this species due to there being no solid evidence of its habitat use, and therefore potential distribution. Several targetted surveys over the years have failed to result in further sightings, and thus it is likely that this species may be at quite low densities throughout its natural range. In 2021 a breakthrough was made, and multiple individuals were found during a targeted survey. Accordingly, genetic and morphometric data has been obtained and is currently being processed. With a population of this species finally found, our understanding of its habitat use, life history, and threat status will be gradually improved.

Cupola geckos were first reported in the 1960s but it was not until early 2021 (after multiple failed survey attempts) that herpetologists finally managed to locate wild individuals and take samples to investigate their evolutionary relationship with the other Mokopirirakau species. 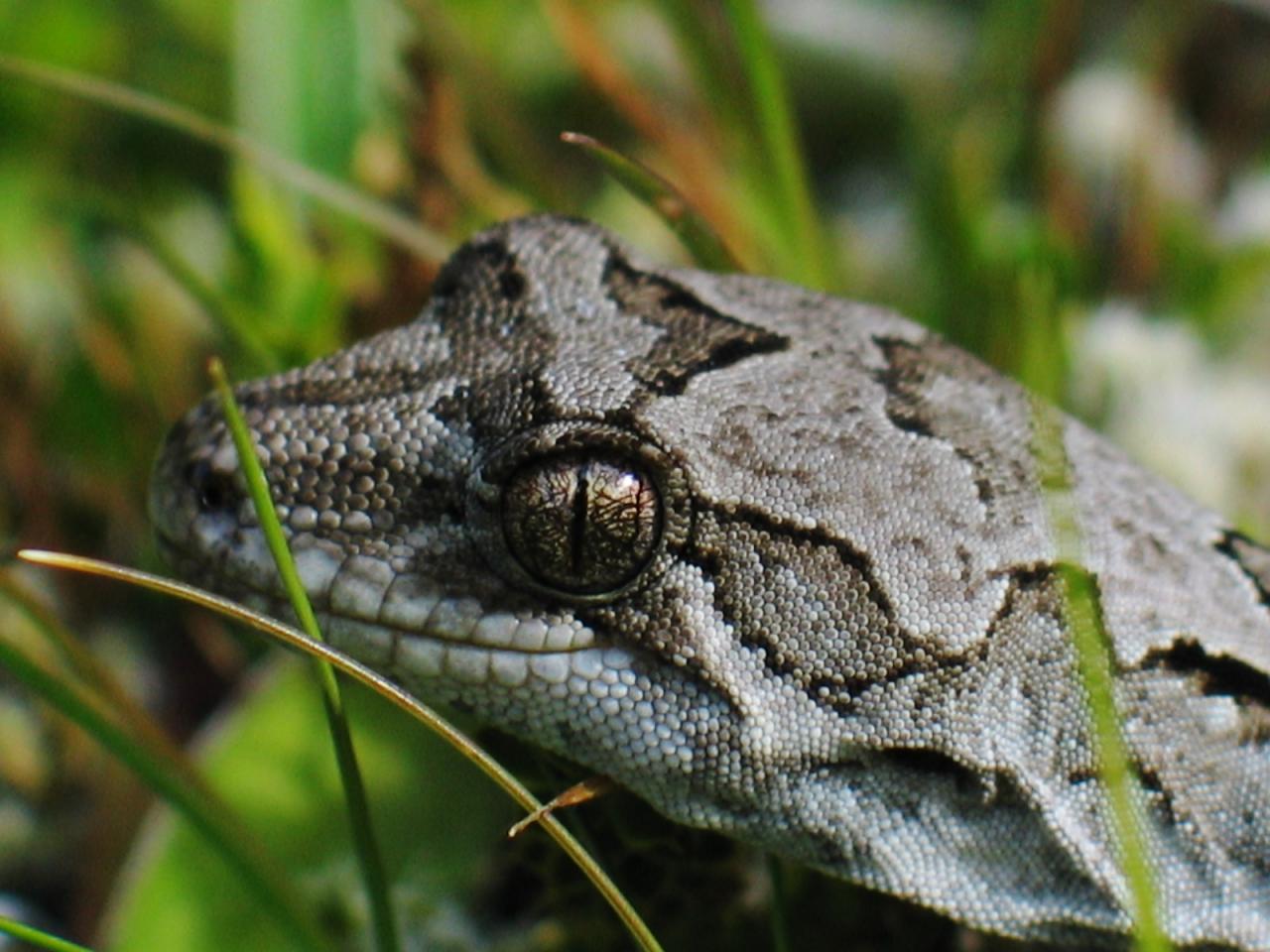 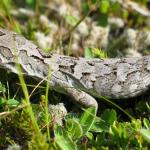 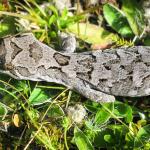 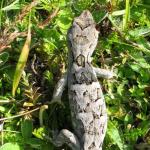 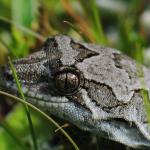 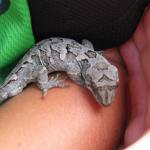 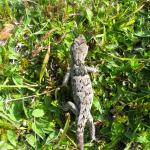 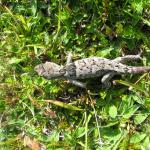 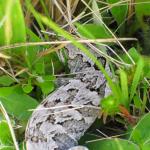 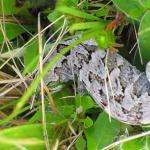