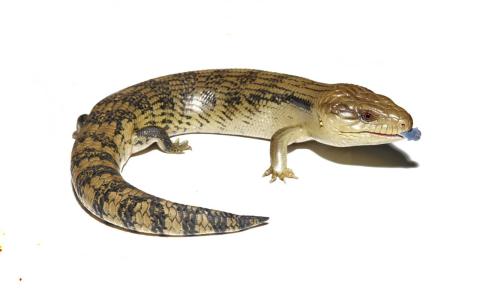 Length: SVL up to 320mm, with the tail being shorter than the body length.

Weight: up to 1 kilogram

A large Australian skink that is fairly common in captivity within New Zealand. Often beautifully marked with alternating black, and tan banding on the dorsal surfaces, the lower surfaces are somewhat more drab being silver or grey in appearance. The species is notable for its large blue tongue that it uses to alarm potential predators. This is a large species often reaching total lengths of around 60 centimetres.

Common blue-tongued skinks are known to reach ages in excess of 20 years in captivity. Wild animals may be able to reach similar ages but it is much less common.

Should not occur in the wild in New Zealand (please report to MPI if located).
The blue-tongued skink occurs within a range of habitats throughout New South Wales, Australia.

Common blue-tongued skinks are a diurnal species that have adapted to living in urban environments throughout their range within Australia.

In the wild they tend to occur in open country, utilising large debris (logs, rocks, discarded rubbish) as refugia. During the winter months, they go into torpor (similar to hibernation) and only leave their refuge sites on warm days.

Solitary, but will pair up during the breeding season (September-November). Can show extreme aggression between males, often biting each other inflicting nasty injuries.

Ovoviviparous, giving birth to 5-20 (typically 10) live young.
The blue-tongued skink becomes sexually mature at around 2 years old (561-590 days), with the breeding season being September through to November.

Blue-tongued skinks are omnivorous and thus feed on a wide variety of animal and plant material. In the wild blue-tongued skinks tend to feed on plants, fruits, invertebrates, and other small reptiles. In captivity, they are can be fed on a variety of garden insects including snails, locusts, and crickets as well as weeds including dandelion, puha, plantain, nasturtium including the flowers of each.

Considered to be Least Concern by the IUCN, this species has a stable population, which may in part be due to its ability to adapt to urban environments, being found in urban gardens throughout its Australian range. 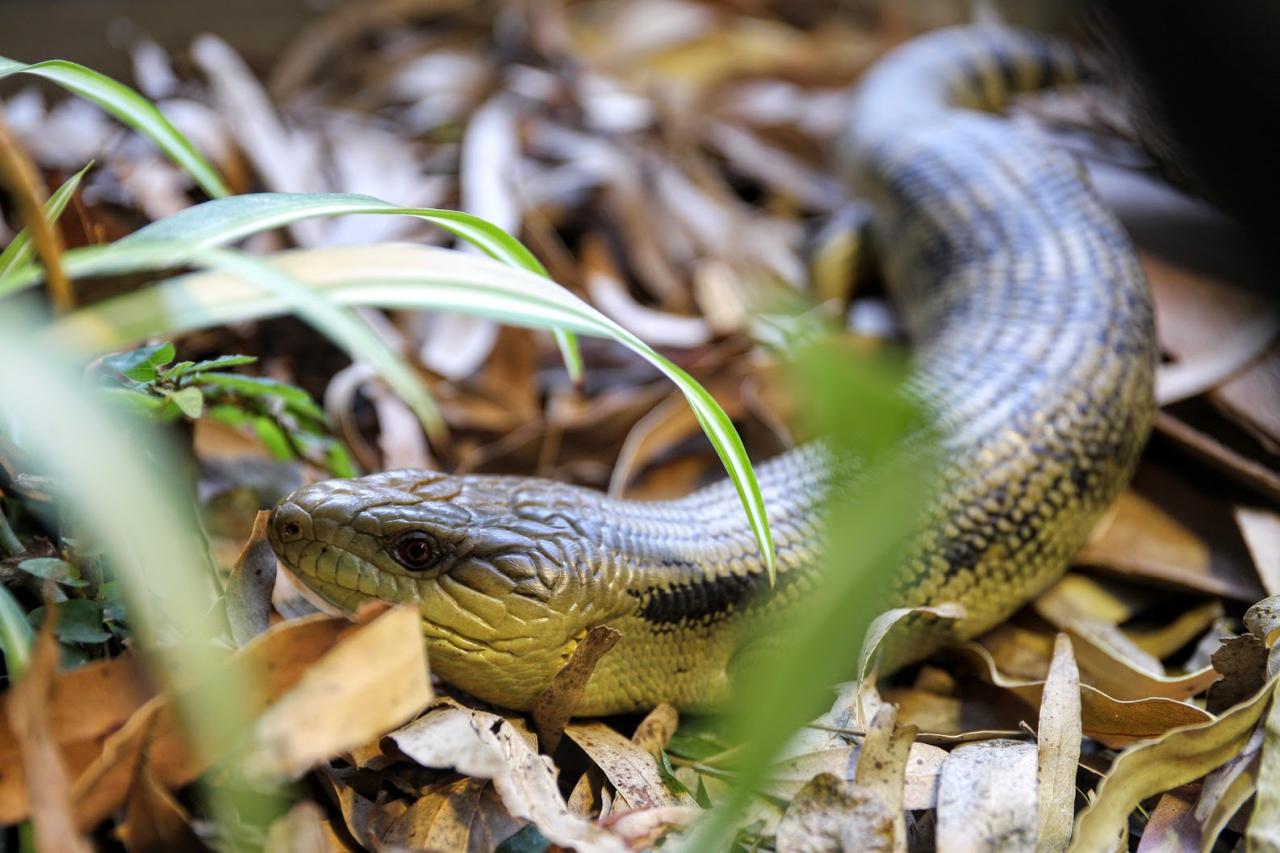 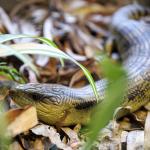 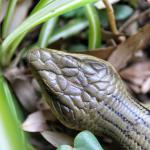 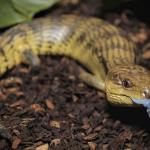 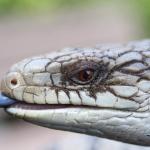 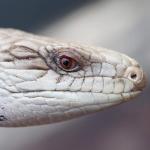