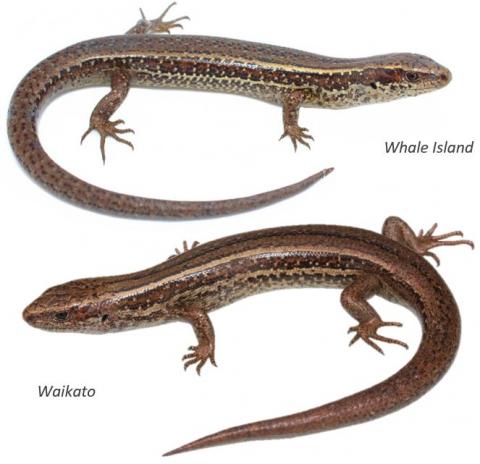 Length: SVL up to 90mm, with the tail being longer than the body length

The northern-most member of the speckled skink group, crenulate skinks are one of the larger skink species surviving on the mainland North Island.

Crenulate skinks are tan to dark-brown dorsally with darker lateral stripes, and cream-coloured dorso-lateral stripes / flecking. Occasional melanistic specimens have been found which appear dark grey or blue-grey in colouration.

Crenulate skinks are distinctively patterned and unlikely to be confused with other species where they occur. They are named for their lateral stripes which are either flecked or crenulated at the margins.

Crenulate skinks are diurnal and strongly heliothermic. They will sunbask, but often cryptically near cover.

They occur in a range of habitats from dune systems and boulder beaches on the coast, to open forest, scrub or pasture at inland sites. When not active foraging or basking, crenulate skinks take refuge on the ground under rocks, logs, driftwood, or in dense vegetation.

Little is known about the social structure of crenulate skinks, though they are considered to be solitary.

Largely unknown. On Mokoia Island female crenulate skinks are gravid during spring-summer, and give birth from December to March.

The diet of crenulate skinks includes a wide range of invertebrates, and the berries / fruit of native species.

Crenulate skinks are regarded as At-Risk - Declining. They occur on two pest-free island refuges - Mokoia Island in lake Rotorua and Moutohora/Whale Island off the Whakatane Coast, but are in decline on the mainland where they are exposed to the full suite of introduced predators.

Crenulate skinks are members of the speckled skink cryptic species complex - a group of related taxa with similar morphology that were previously regarded as one highly variable species, the 'speckled skink' (Oligosoma infrapunctatum).

Individuals from a population south of Hamilton were tag-named Leiolopisma “Ngahinapouri” by Tony Whitaker and Bruce Thomas in the late 1960's and early 1970's. In 1985, Wells & Wellington proposed the species name Oligosoma robinsoni for the Moutohorā  (Whale Island) population in the Bay of Plenty. For several years this species went under the tag name Oligosoma aff. infrapunctatum "crenulate" and their taxonomy was not fully resolved until Melzer et al. published a revision of the speckled skink complex in 2019. 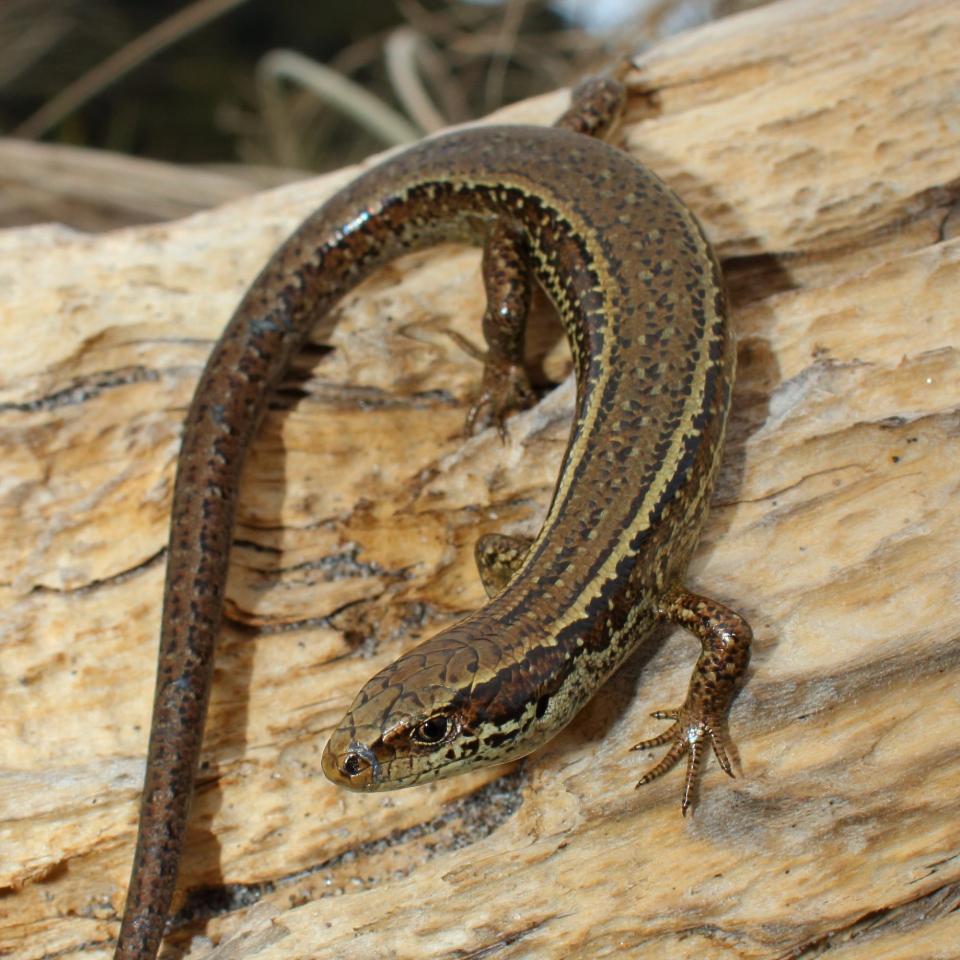 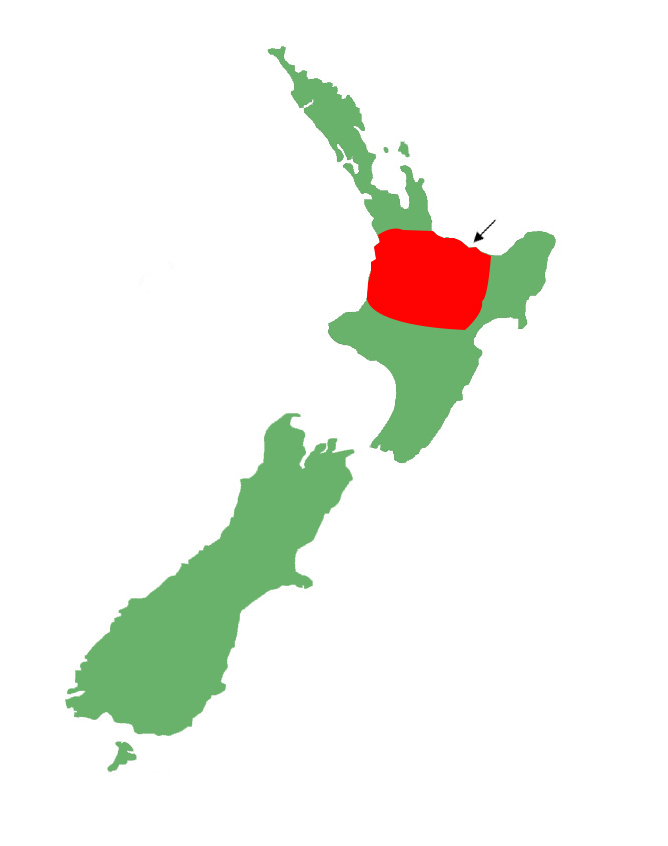 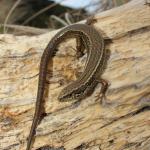 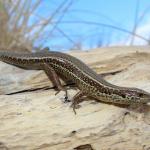 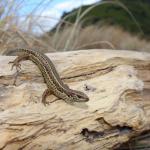 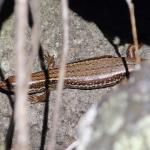 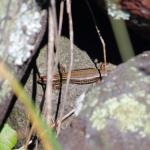 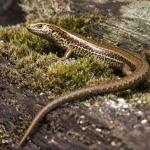 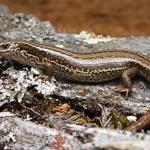 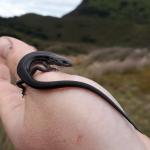 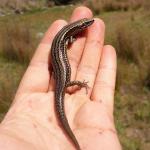 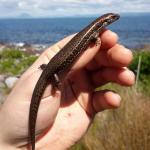 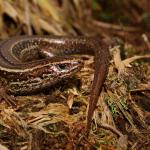