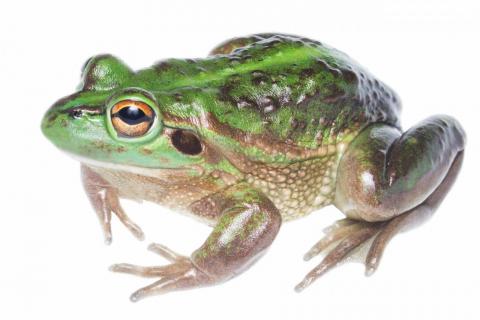 Call: Deep growling 3-4 syllable croak, similar to the green and golden bell frog, but raspier and not as drawn out.

The southern bell frog (known as the growling grass frog in Australia) is one of three Australian frog species that has naturalised in Aotearoa/New Zealand. Hailing from South-eastern Australia, and Tasmania, this beautiful green and brown frog was deliberately introduced to Aotearoa in the late 1860s by the Canterbury Acclimatisation Society; their aim being to control pests, and recreate a fauna that reminded them of home (Great Britain). They were initially released around Canterbury but were soon liberated throughout the rest of Aotearoa, with the exception of Stewart Island. They are currently considered the largest and most encountered frog species in the country.

In general, the southern bell frog is visually similar to the green and golden bell frog (Ranoidea aurea). The major difference being that their upper surfaces are warty rather than smooth. As with the green and golden bell frog they often exhibit a striking green colouration (dark green to fluorescent green), with bronze/brown patterns throughout, however, the bronze/brown patterning is often darker and much more prevalent in this species. An additional visual cue that distinguishes this species is the pale green stripe that runs along the spine.
The lateral surfaces are similar to those of the dorsal but are dominated by a light cream to browny-cream-coloured stripe which extends from the eye to the groin (although this may break up past the midsection), this is bordered below by a thin black line which carries through to the nostril. A second stripe often extends from around the upper lip down to the base of the front legs.
The lower surfaces are granular, and a uniform creamy white in colouration, often with faint botching. As with the green and golden bell frog the back of the thighs, and groin exhibit a bright blue/turquoise colour.
The feet of this species lack enlarged toe pads, and as with the other bell frogs, webbing is present only on the back feet.

Southern bell frogs show some significant sexual dimorphism (differences between genders), particularly in the breeding season. In general, they can be differentiated by size, with mature males (averaging up to ~65mm svl) being considerably smaller than females (reaching lengths ≥100mm), but, can also be distinguished by throat colouration, with mature males developing a grey to yellowish-brown tinge to their throat. However, in the breeding season, several additional characters are present. Males exhibit dark-brown to black nuptial pads on their thumbs (they are usually pale, and not easily visible), and a darkly mottled throat, whereas the females' throat is similar to the rest of their lower surfaces.

Southern bell frogs can be distinguished from green and golden bell frogs (Ranoidea aurea) by the presence of a thin light green mid-dorsal stripe, and by their skin, which is warty rather than smooth.

The tadpoles of the southern bell frog, as with most frog species, resemble a small round fish which lacks fins.
Their colouration varies over time with newly hatched individuals being dark-olive to black, whilst individuals close to metamorphosis take on a greeny colouration much like the adult frogs, the fin is translucent, but has a yellowish tinge to it.
When hatched, the tadpoles are roughly 5-6mm long, with half of that length being the tail, but over the next 12 weeks (although it can take as long as a year) they slowly grow to reach lengths of up to 150mm before metamorphosing into froglets.

Southern bell frogs are known to live for up to 15 years in captivity. Although life expectancy in the wild is not known, it is likely to be less than what is observed in captive individuals.

The native range of the southern bell frog encompasses large swathes of coastal south-eastern Australia (from Sydney to Adelaide), as well as Tasmania. They were initially introduced to Canterbury, New Zealand from Hobart, Tasmania in 1867, however, further liberations, both planned and unplanned, have resulted in their widespread distribution throughout the North and South Islands.

In Aotearoa/New Zealand they have spread through most of the North and South Island, following their initial releases in the late 1800s, this has likely been assisted by the release/escape of pets. They now occur throughout the country with the exception of Stewart Island/Rakiura, and some of our smaller offshore islands.

As with most typical frogs, the southern bell frog is semi-aquatic, spending significant periods of time around water bodies (although they can be found relatively far from these, in some instances up to 400 metres). They are generally nocturnal in nature, however, in contrast to many frogs, they appear to be fairly active during the day, often seen basking around the edges of water bodies, or traversing land (moving up to 3km between suitable habitats). During winter they tend to enter a state of torpor, in which they eat infrequently, and are only active during suitable periods - warm weather, or after rain. Although typically found amongst reeds, and other debris at ground level, they are capable climbers and can at times be found up to 2 metres above the ground amongst vegetation.

Southern bell frogs are found in a wide variety of habitats but tend to be closely tied to water bodies. They are mainly found around ponds and streams but prefer complex habitats, and as such may be found in duneland, swamps, forests, small subalpine lakes, roadside ditches, quarries, farmland, and urban areas with suitable water bodies nearby. They seem to be excluded from certain water bodies based on the presence of mosquitofish (Gambusia holbrooki), which are known to predate on the eggs and larvae. Additionally, if the salinity of a given water body is too high, the larval stages often fail, resulting in population crashes.

Southern bell frogs are for the most part solitary, being both cannibalistic and highly territorial (especially males) in nature. During the breeding season, they can be found in large numbers around water bodies, and are often responsive to the calls of other males, often resulting in a chorus of croaking.
As tadpoles, southern bell frogs tend to form aggregations similar to schooling in fish, this is likely a strategy to avoid predation. When breeding ponds become overpopulated tadpoles have been known to cannibalise each other.

In New Zealand, southern bell frogs begin their breeding season in the warmer months, between September, and February. During this time males will congregate around water bodies (ponds, slow-flowing streams, etc.), and begin calling to attract a mate. Mating itself is known as 'amplexus', in which the male clings to the back of a female (with the aid of specialised growths on the thumbs called nuptial pads), and fertilises eggs as they are released; a process that can take anywhere from 10 minutes to 5 days.

As with most amphibians, the southern bell frog is oviparous, laying several thousand eggs in a large gelatinous mass, that sinks after around 6-12 hours. Tadpoles hatch after approximately 2-5 days. The tadpole stage itself lasts for around 10-12 weeks (although can last for up to a year), with tadpoles nearing metamorphosis developing back legs before their front legs. The metamorphs themselves are characterised by fully formed limbs, and the presence of a tail, they are around 25-35mm svl at this stage, and over the next few months will slowly resorb their tail into the body, becoming miniature versions of the adult frog. In male frogs, maturity is reached at about 9-12 months old at 50-55mm svl, whereas females reach maturity later at around 2 years old with svl's ≥ 65mm.

Tadpoles tend to be omnivorous in nature, feeding on algae, detritus (waste or debris), and bacteria. As they get larger, tadpoles may switch to a more carnivorous diet, actively taking small freshwater invertebrates, and even cannibalizing other tadpoles if their breeding pond becomes overpopulated.

As with many frog species worldwide, southern bell frog populations have been devastated by chytridiomycosis (Amphibian chytrid fungus disease) in both their native and introduced ranges. Chytridiomycosis, caused by the chytrid fungus (Batrachochytrium dendrobatidis), directly impacts the outer skin of amphibians, essentially impacting, or preventing proper respiration, hydration, osmoregulation (moment of water through the skin), and thermoregulation. Symptoms associated with this include reddening of the ventral skin, the buildup or excessive shedding of skin, odd posture (legs splayed out behind whilst resting on land), lack of survival instinct (not moving away from stimulus, or seeking shelter), and loss of the righting reflex (ability to correct themselves when upside down).

In New Zealand, the southern bell frog is listed as "Introduced and Naturalised" under DOC's threat classification system, having rapidly spread through the North and South Islands following its introduction in 1867. In contrast, the species has been listed as "Endangered, Threatened, or Vulnerable" in its native range of south-eastern Australia, and Tasmania, having seen dramatic declines in some populations since about the 1990s.

It has been suggested that some New Zealand populations that are/were attributed to the southern bell frog, are in fact yellow-spotted bell frogs (Ranoidea castanea), although further study is needed to confirm this. 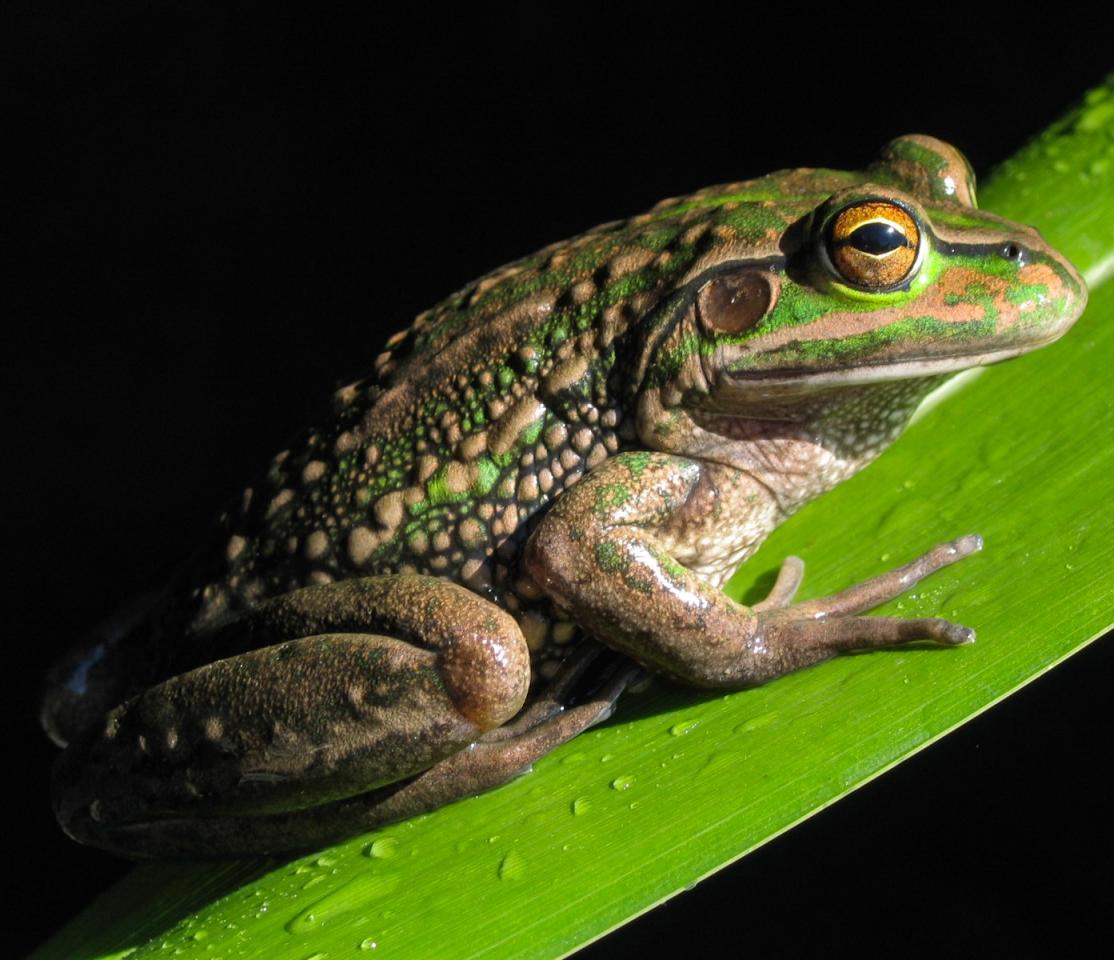 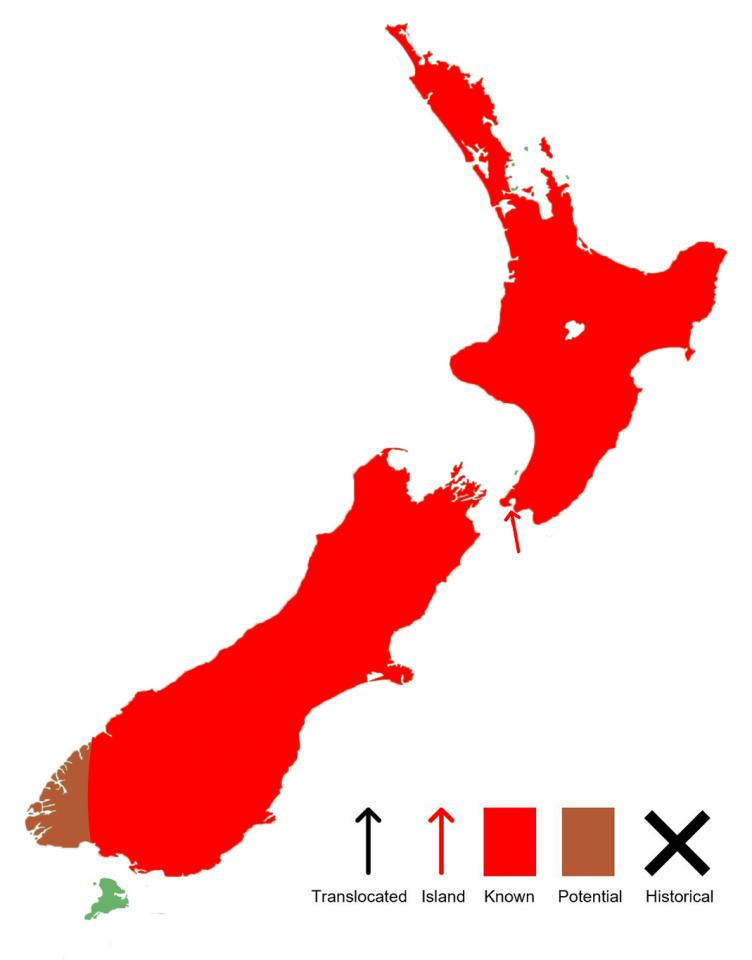 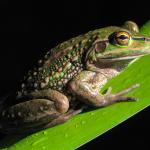 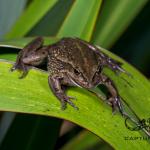 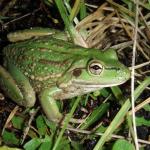 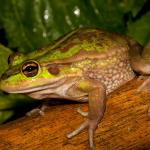 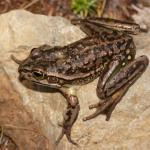 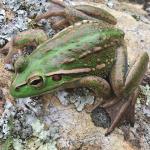 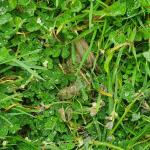 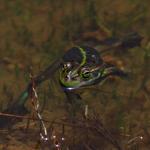 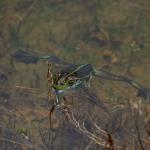 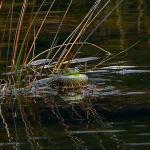 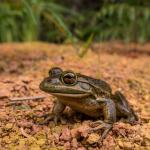 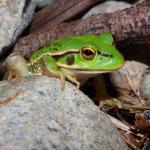 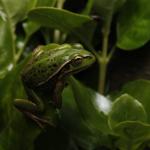