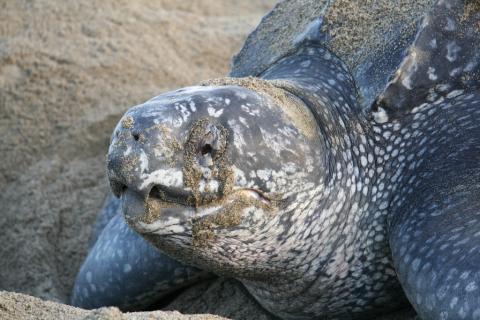 This beautiful species is the world's largest turtle, and one of the heaviest reptiles on earth (exceeded only by some crocodilians). It is also by far the most common marine turtle species in New Zealand, although not often seen due to its pelagic nature.

As the name implies, the leatherback turtle is characterised by a large leather-like shell with longitudinal ridges. Additionally, it has dark grey and white mottled skin, and enlarged forelimbs, that are not present in other marine turtles.

Distinguished from other marine turtles by their size, and large leathery shell. Juveniles are more heavily mottled than adults.

For the most part unknown, but at least 30 years. Upper estimates suggest 100 years or more.

The most wide-ranging of all marine turtle species, being found in the tropical, and temperate regions of the Pacific, Indian, and Atlantic oceans. They often make excursions into colder waters, with reports as far north as Alaska, and south of Stewart Island.

Widespread in New Zealand with reports from all along our coastline, including the Chatham Islands.

The leatherback turtle is a species that spends the majority of its life in the open ocean. Its activity is influenced by the occurrence of its prey (jellyfish) in the water column, feeding at depth during the day, and near the surface at night. They are able to maintain their body temperature well above ambient water temperatures, which allows them to dive deeper (up to 1,280m), and occur in cooler water than any other marine reptile.

Leatherback turtles do not breed in New Zealand.
Females congregate at nesting sites where they lay 30-150 soft-shelled eggs into deep holes that they dig with their large flippers. Eggs hatch after 60-80 days.

The leatherback turtle is a host for many of the parasites, and diseases present in other marine reptiles, none of which pose a significant risk to the survival of the species. Of more concern are the many human-induced issues, resulting from the contamination of their habitat. The most significant being the consumption of marine plastics which bear a striking resemblance to the jellyfish, and other soft-bodied creatures which make up the large majority of their diet. Boat-strike, light pollution, exploitation of animals and eggs for food, as well as mortality as bycatch represent additional threats to their survival.

Listed as a non-resident native - migrant in the most recent threat classification for New Zealand reptiles, and as Vulnerable under the IUCN criteria.

The genus name is a combination of the greek derma meaning "skin", and chelys meaning "turtle", whilst the species name comes from the greek word coriaceus meaning "leathery". 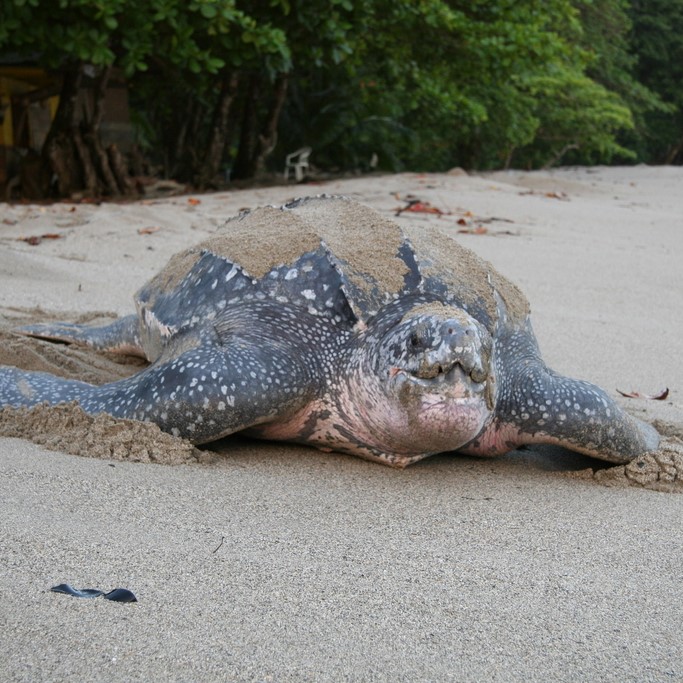 Leatherback turtle making its way back to the ocean (Trinidad). © John D Reynolds 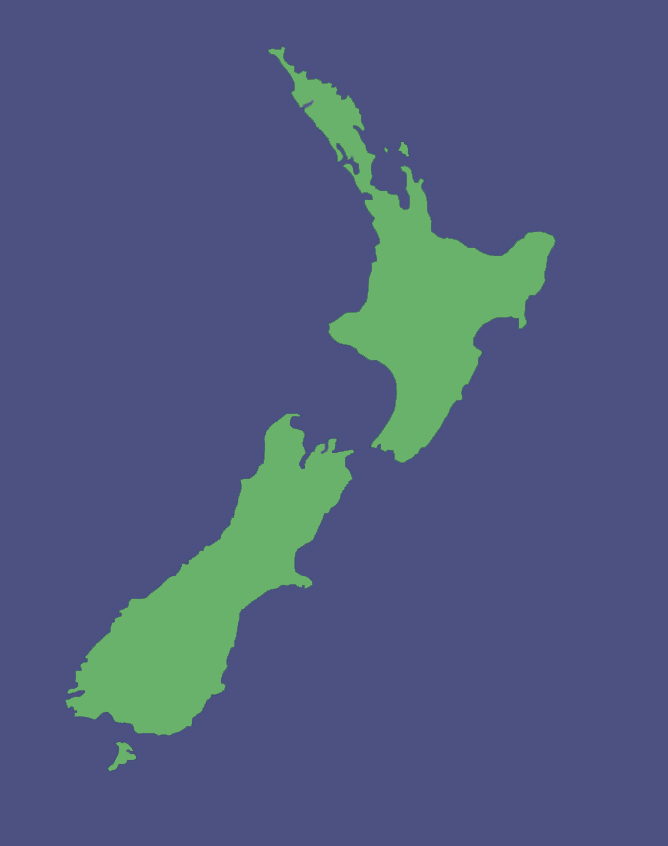 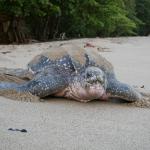 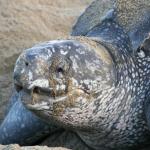 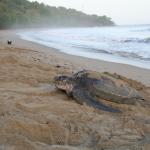 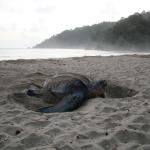 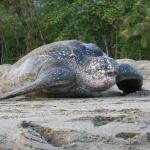 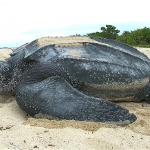