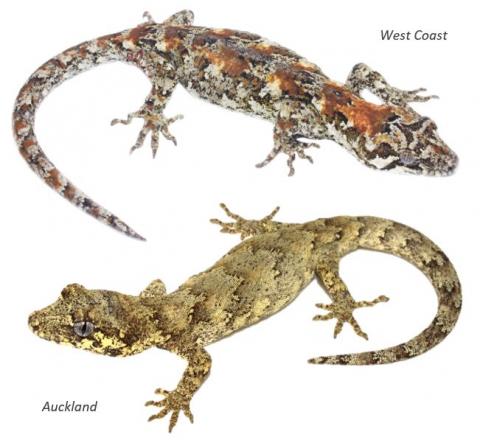 Length: SVL up to 98mm, with the tail being longer than the body length

A widespread and variable gecko with intricate bark-like patterns. Forest geckos are one of the more commonly-encountered geckos in the upper North Island and north-western South Island but are in decline over most of their range.

Although belonging to one variable species, they can be defined into three distinct populations based on a mix of morphological traits. These are as follows:

Their dorsal colouration varies from dark or reddish-brown to pale grey. The dorsal pattern consists of a series of black and white irregular transverse blotches. The head usually has a dark, thin, V-shaped mark between the eyes. The belly is grey and heavily botched. Forest geckos are capable of rapid changes in the shade of their dorsal colouration. This may be for the purpose of thermoregulation (darker colours absorb heat faster) to enhance their camouflage with the background (a dark brown animal taken from the leaf litter may become significantly paler, and grey, when placed on a lighter-coloured branch). The lining of the mouth is yellow to orange, the tongue is pink, yellow or bright orange. The mouth is edged prominently with white scales. Eyes are grey, olive green, or brown, sometimes with a blue sheen. The soles of the feet are yellow, toes have slightly expanded pads with 11-14 lamellae. The toes of northern animals are slightly shorter and broader than those from the South Island.

May be confused with Pacific geckos (Dactylocnemis pacificus) in the upper North Island. However, can be distinguished by the yellow (versus pink) mouth colour, and series of 'W' shaped markings along the dorsum versus the usually more blotched pattern in Pacific geckos.

Click here for information on how forest gecko differ in appearance from other species in the Mokopirirakau group.

A rare and sparse population that was once thought to be its own species. This population is characterised by its light and dark grey dorsal patterning, with some individuals exhibiting striking patches of orange and red. A unique feature amongst this population is the strong head markings which consist of a distinctive V-shaped marking behind the eyes, as well as a T-shaped marking running from the nostrils to the eyes. As with the northern populations these geckos exhibit W-shaped markings which run down the back, however, in some individuals these markings tend to break up and form two (sometimes uneven) rows of V-shaped markings instead. As with the dorsal surfaces, the lateral surfaces are marked by alternating patches of light and dark grey tones, this continues onto the ventral surface (belly) where it fades to a uniform light grey with some black speckling.

Forest geckos have been recorded reaching ages of at least 40 years in captivity, but are likely to exceed this.

Captive Mokopirirakau have frequently been known to live for upwards of 25 years, with some individuals topping the records at 40+ (D. Keal pers. comm 2016). The maximum age for wild animals is not known, however, it is likely that they can live at least as long as captive animals, if not longer.

Northern North Island from just south of the Bay of Islands, through to Taranaki, and the Bay of Plenty (north of the Whanganui River, and north-west of the Raukumara, Te Urewera, and Kaweka Ranges). Also found in the northwestern South Island from the Marlborough, Tasman, and West Coast regions.
Currently occur on four islands in the North Island (Aotea/Great Barrier Island, Hauturu/Little Barrier Island, Waiheke Island, and Motutaiko), as well as several in the Marlborough Sounds (including Maud Island, Nukuwaiata, Long Island and Blumine Island).

The forest gecko is nocturnal (active at night), although they are also known to be active during the day due to their strongly heliothermic nature (an avid sun basker). As with many members of the Mokopirirakau genus they are primarily arboreal (tree-dwelling), but in certain habitats (subalpine/alpine) they are almost exclusively terrestrial (ground-dwelling). Lowland (forest dwelling) populations possess a strongly prehensile tail which acts as a third-limb/climbing aid when moving through shrubs and trees. They are known to occasionally mouth-gape and produce a high-pitched squealing sound when threatened by potential predators.

Being both an arboreal and terrestrial species forest geckos are closely associated with a range of different habitats, including swamps, scrubland, mature forests (beech, podocarp, and broadleaf), and rock fields (up to 1400m asl).
In the North Island, they appear to favour scrubby/regenerating habitats, but this may be a result of the relative ease of access to, and amount of search effort that these sites garner.

The forest gecko is solitary in nature, although they can rarely be found cohabiting in the same refuge. Males show aggressive behaviour toward congeners, especially during the breeding season, and this is easily observable with many males showcasing scarring over their bodies. Neonates (babies) are independent at birth.

Like all of Aotearoa's gecko species, the forest gecko is viviparous, giving birth to one or two live young either annually (lowland populations) or biennially (some alpine populations) from around February. Breeding seems to occur from June through to August. As is the case with many lizard species, mating in Mokopirirakau may seem rather violent with the male repeatedly biting the female around the neck and head area. Sexual maturity is reached between 1.5 to 2 years.

Forest geckos are omnivores. They are primarily insectivorous in nature, but are also known to feed on the nectar, and small fruits of several plant species, and the honeydew of scale insects when they are seasonally available. Being arboreal in nature, their invertebrate prey tends to be predominantly composed of flying insects (moths, flies, beetles, etc.), and small spiders, although alpine populations probably take more terrestrial prey as well (crickets/grasshoppers, ground-dwelling beetles, and some moth species).

The Forest gecko, as with many of our other Mokopirirakau species, is a host for at least one species of endoparasitic nematode in the Skrjabinodon genus (Skrjabinodon poicilandri), as well as at least one strain of Salmonella. In addition to this, they are a known host for the ectoparasitic mite Neotrombicula naultini.
Wild Mokopirirakau have been found with Disecdysis (shedding issues).

Previously thought to be a unique species; Cupola geckos were first reported in the 1960s but it was not until early 2021 (after multiple failed survey attempts) that herpetologists finally managed to locate wild individuals and take samples to investigate their evolutionary relationship with the rest of the Mokopirirakau genus. The analysis of the animal's mitochondrial DNA  suggested that they sat within the forest gecko species, however, it has been suggested that as they seem to be morphologically distinct that this may be a result of past hybridisation and that testing nuclear DNA may further clarify the situation (pers.comm Nick Harker). 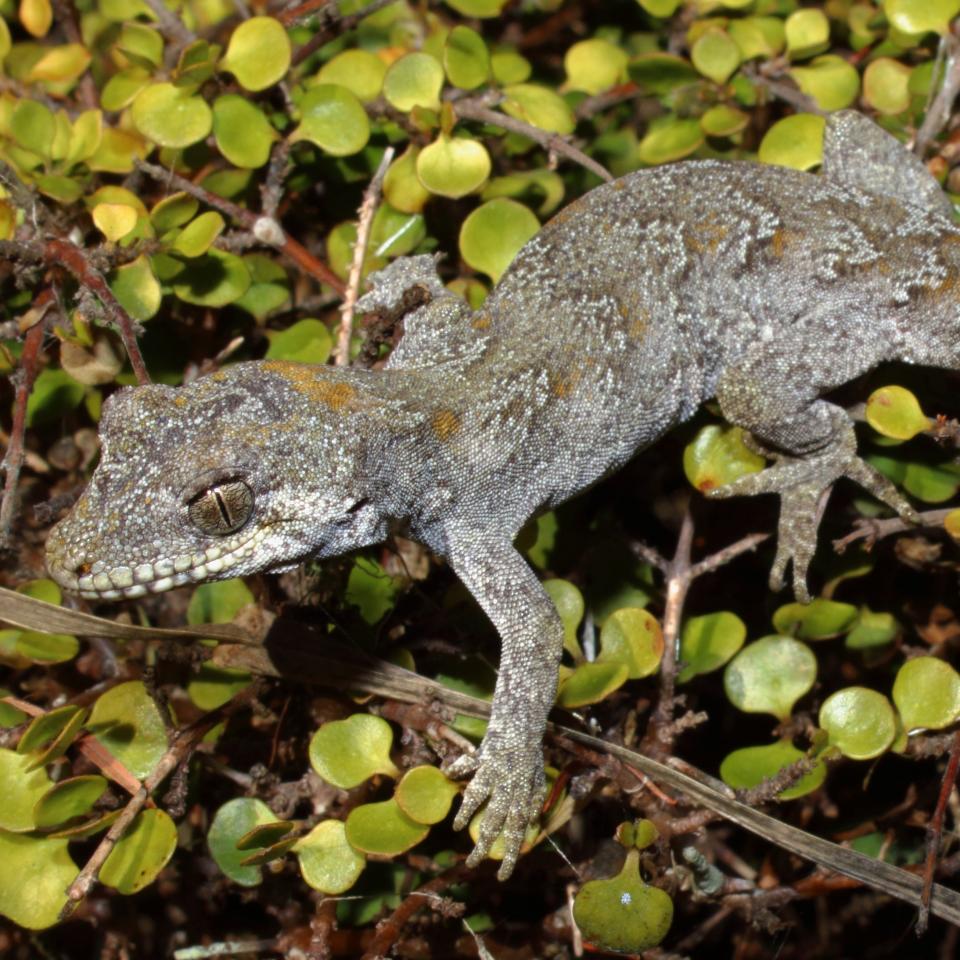 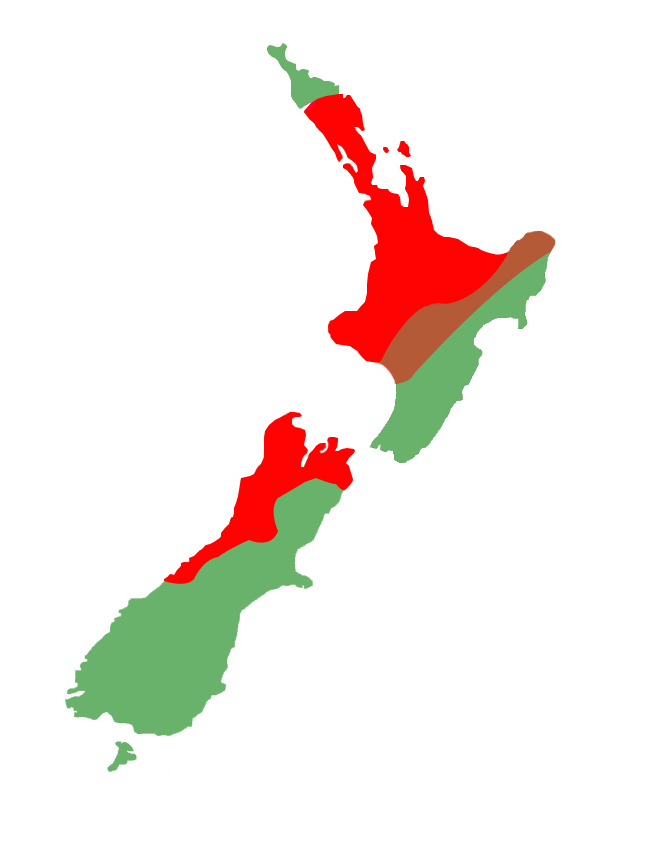 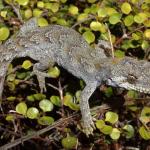 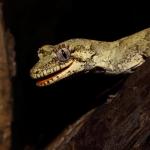 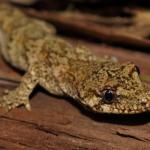 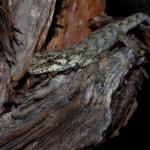 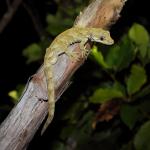 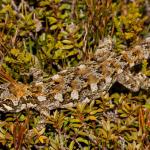 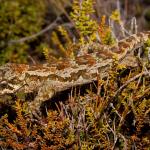 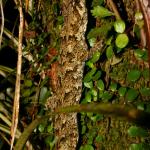 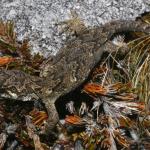 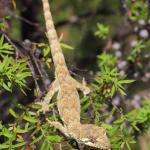 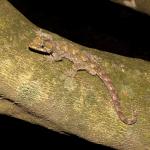 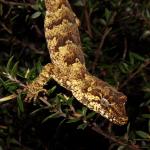 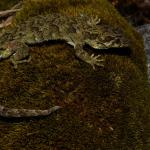 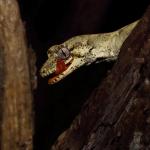 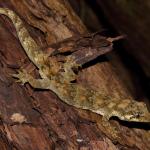 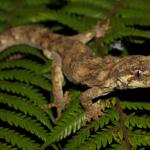 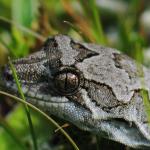 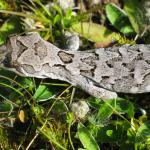 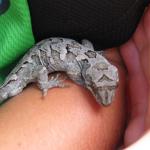 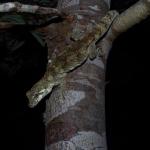