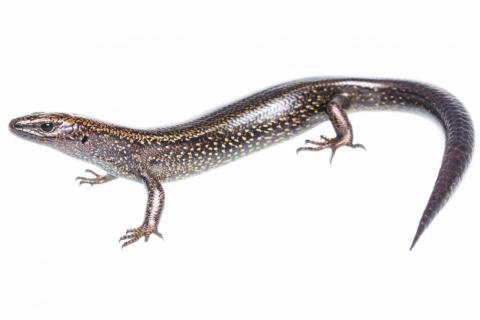 Length: SVL At least up to 77 mm, with the tail being equal to or slightly longer than the body length

A very beautiful and rare alpine lizard with a snout-vent-length (SVL) at least up to 77 mm. Awakōpaka skinks have a glossy vibrant brown-yellow dorsal surface, which is flecked with black. This species also typically possesses a faint pale (yellow-brown) dorsolateral stripe edged with black. The ventral surface is vivid yellow and flecked with black (van Winkel et al. 2018; Jewell 2008).

The Awakōpaka skink is thought to be extremely rare and is currently only known from an area that is less than two hectares in size. It is possible that this species is elsewhere in Fiordland National Park, waiting to be discovered (pers. comm. Carey Knox).

The Awakōpaka skink is a highly cryptic skink and has only been observed basking on two or three occasions. It is presumably diurnal and terrestrial. This species is only known from the alpine zone, where it lives amongst grasses, herbfield, and fellfield. It lives in an incredibly harsh environment and is continuously subjected to avalanches and rockfalls (pers. comm. Carey Knox).

Classified as Threatened - Nationally Critical. Comprehensive monitoring is being undertaken by the Department of Conservation and herpetologist Carey Knox in an attempt to understand more about the population numbers of this cryptic species. Surveys are also being undertaken, with the hopes of identifying new populations (pers. comm. Carey Knox). If new populations of awakōpaka skink cannot be identified, this species may be at serious risk of extinction.

Awakōpaka skinks were only discovered in 2014 by herpetologist Tony Jewell while photographing wētā.

The species scientific and common name 'awakōpaka' means "skink that lives in the footprints of mighty glaciers" in Māori. 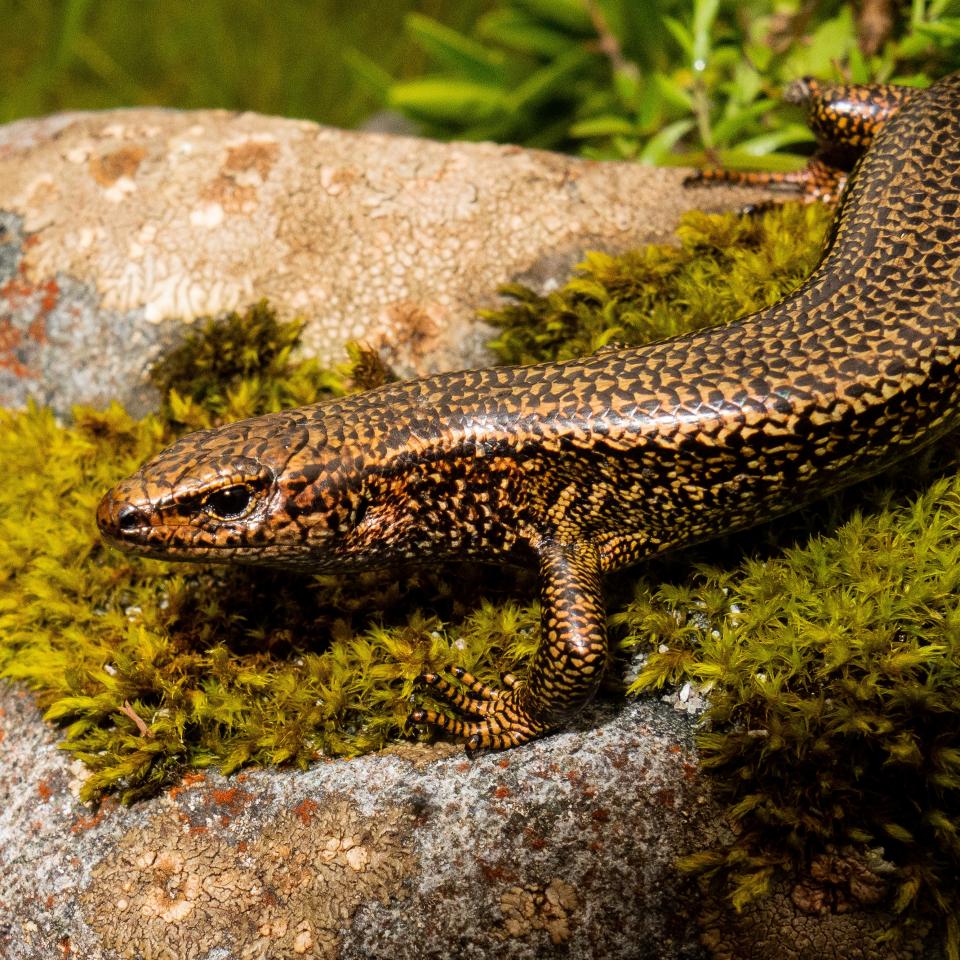 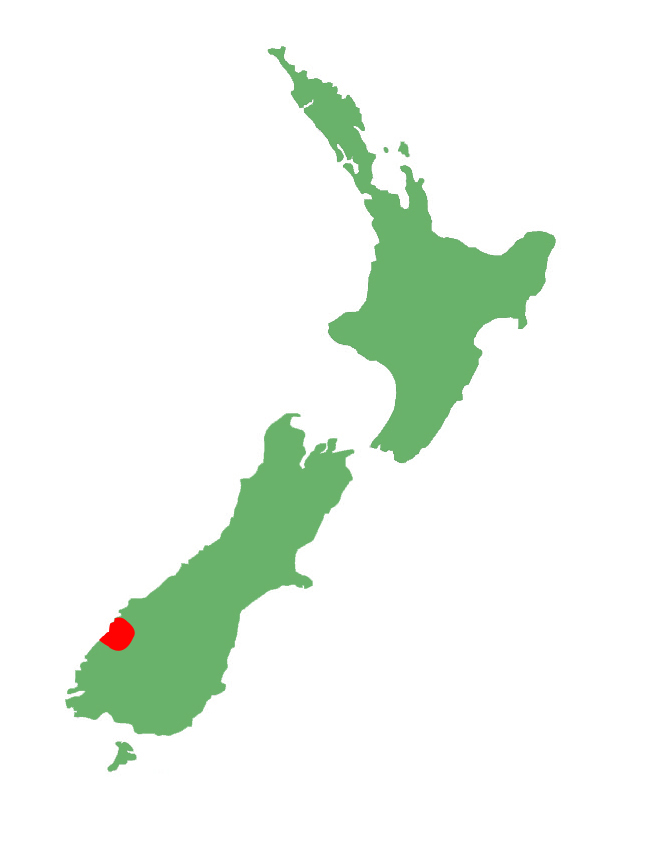 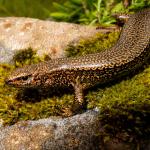 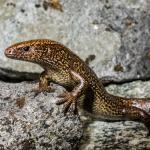 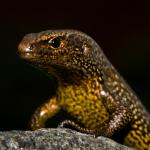 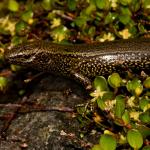 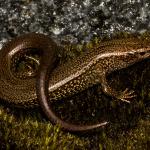 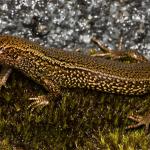 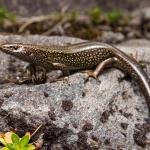 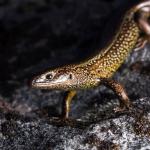