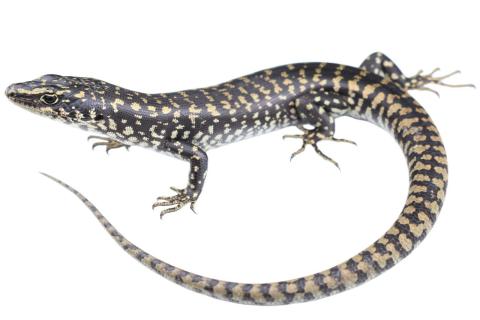 The South Island skink fauna is notable for being the centre of diversity for the grass skink, spotted skink, and speckled skink complexes. Additionally, the green skink complex only occurs in the southern half of the South Island. The high diversity of skink species in the South Island is due to past glaciation events, which resulted in populations becoming separated and evolving in isolation.

The largest species of skink occurring on the South Island mainland is the Otago skink (Oligosoma otagense) - pictured above - while Newman's speckled skink (Oligosoma newmani) reaches a similar size on Stephen's Island in the Marlborough Sounds.

Many of the larger species are primarily restricted to the alpine zone where the density of introduced predators is greatly reduced.