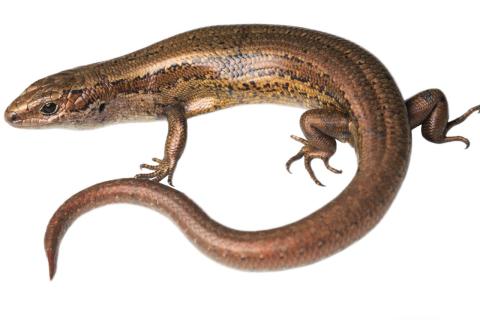 A very rare and often beautifully coloured species with an unusual prehensile tail, known only from a small area of modified agricultural land near Hokitika in the South Island's West Coast region. Kapitia skinks (formerly known as Chesterfield skinks) have large dark eyes, and a medium length wedge-shaped snout. They are a glossy red-brown on the dorsal surfaces, with lighter and darker flecking, and no mid-dorsal stripe. Flanks have broad dark red-brown lateral stripes, which are edged in black and bordered by light-brown stripes above and below which are typically heavily-notched. Ventral (lower surfaces) are yellow either with or without small black flecks. Underside of tail changes from yellow to a distinctive blue-grey interspersed with salmon-coloured flecks which give the species it's latin name ('salmo').

Known only from a small strip of rank grass alongside agricultural pasture near Chesterfield in the West Coast region of the South Island.

Kapitia skinks are a diurnal and heliothermic species, but often only bask cryptically near a retreat. Interestingly, despite occuring exclusively in modified agricultural habitat, Kapitia skinks have strongly prehensile tails. It is suspected that prior to modification of their habitat the species may have been at least partially arboreal.

Currently, Kapitia skinks are restricted to a narrow strip of rank grass between pasture and coastal sand dunes. At this location, they take refuge either in dense vegetation, or under logs, driftwood, and anthropogenic debris which has accumulated in the area.

Little is known about the breeding biology of Kapitia skinks. However, they are believed to reach maturity in around 4 years, and gravid females have been known to give birth in late summer (February).

Kapitia skinks are insectivorous, feeding on various small insects and other invertebrates. It is also thought that prior to modification of their habitat, they may have also be frugivorous - consuming the fruit / berries of native plants.

Kapitia skinks are one of New Zealand's rarest lizards and are currently regarded as critically endangered. Much of their historical decline has been attributed to habitat modification for agriculture. At present, it is thought that mammalian predators (particularly mice) may be having a large impact on the species, while other threats include habitat destruction from storms, vehicles, and fire.

In 2017 the population of Kapitia skinks at Chesterfield was estimated at less than 200 individuals. When Cyclone Fehi destroyed a significant amount of their habitat during February 2018, and with further storms predicted, the decision was made to collect 50 Kapitia skinks to start a captive population at Auckland Zoo. These skinks have since bred several times in captivity and there are plans to reintroduce them to a specially-fenced protected area near to where they were sourced.

Kapitia skinks were only discovered in the 1990's, and prior to 2015 only 15 individuals had ever been found.

Kapitia skinks get their scientific name from the Latin word for salmon ('salmo'), referring to the distinctive salmon-pink colouration on the underside of their tail.

Kapitia skinks are members of the speckled skink cryptic species complex - a group of related taxa with similar morphology that were previously regarded as one highly variable species (Oligosoma infrapunctatum). 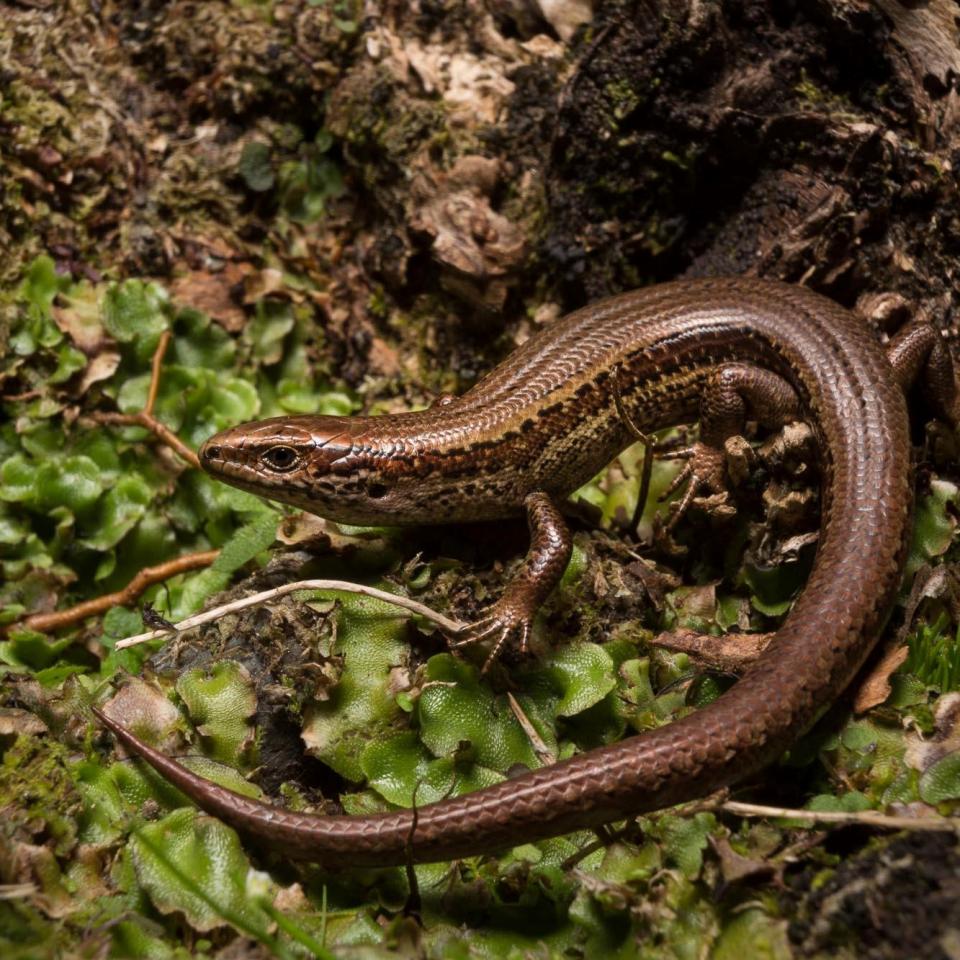 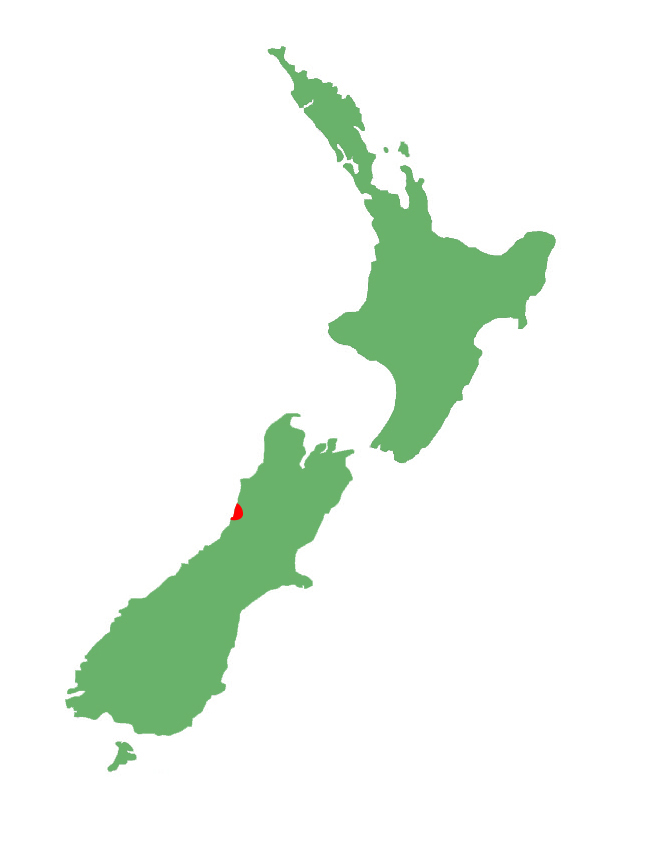 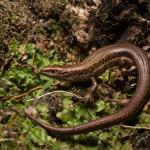 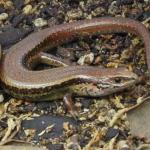