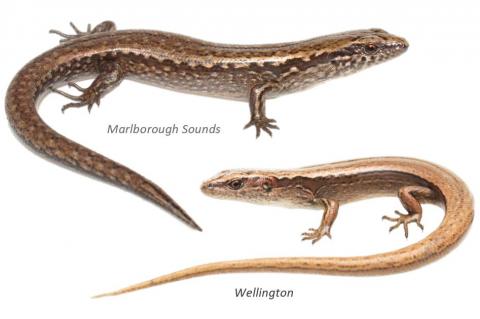 Length: SVL up to 75mm, with the tail being longer than the body length

Weight: up to 8 grams

Glossy brown skinks are dark to light-brown in colouration, occasionally with tones of red. They are often tan-brown dorsally, ocassionally with lighter coloured speckling and/or an indistinct dark mid-dorsal stripe. Lateral stripes (flanks) are darker, often with light-brown or cream-coloured flecks, and may be either clean-edged (particularly in the Wellington area) or crenulated at the upper margin. The ventral (belly) colouration is often bright orange, which may extend onto the tail. Some individuals from near the shoreline may appear very dark brown or blackish in colouration.

Most individuals have pale denticulate (teeth-like) markings along the lips - a useful feature to distinguish them from the sympatric northern grass skink (Oligosoma polychroma) which can look similar. Can be similar in appearance to copper skinks (Oligosoma aeneum), but with a proportionately longer snout and often with orange (versus yellow) ventral colouration.

Glossy brown skinks are diurnal and heliothermic, but relatively secretive in habit. They are frequent sun-baskers but will often do this near a retreat and where there is shade or dense ground cover. Glossy brown skinks occur in a wide range of habitats including coastal areas near the high tide mark, in coastal pebble banks, grassland, wetland, dense scrubland, mature forest with dappled sunlight, and will also live in suburban gardens with sufficient ground cover. Glossy brown skinks show a preference for somewhat damper microhabitats than other species such as northern grass skinks (Oligosoma polychroma).

Female glossy brown skinks usually give birth in mid-summer to litters of up to seven young.

Glossy brown skinks are currently in decline. However, large, secure populations exist on several pest-free islands and in mainland sanctuaries. 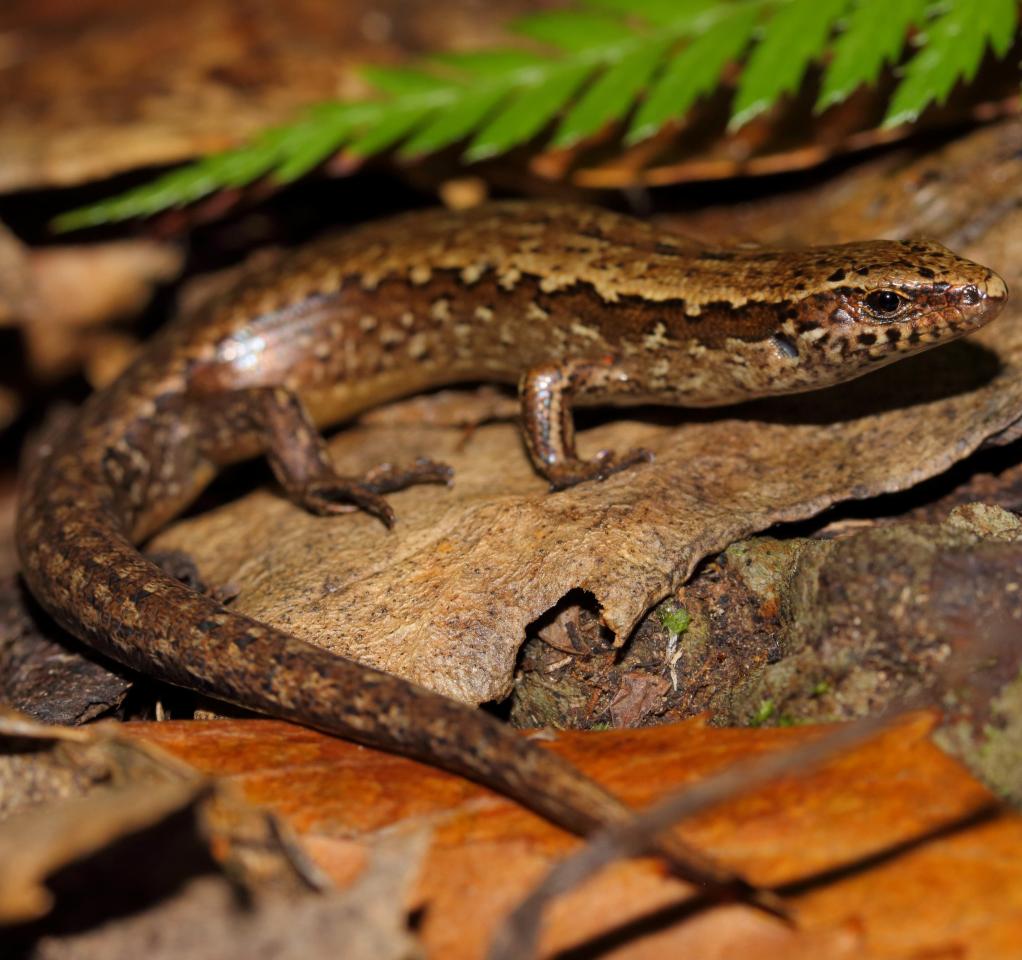 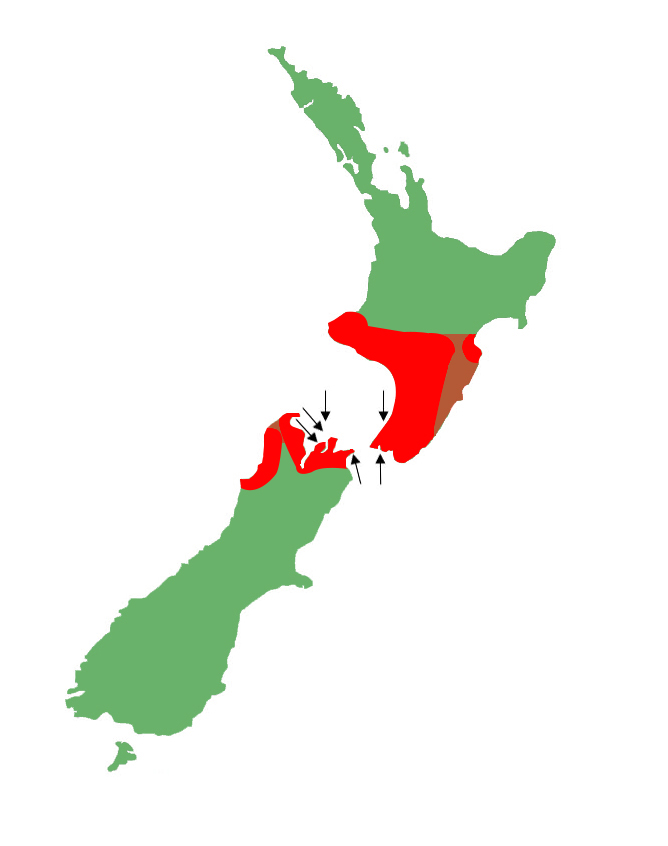 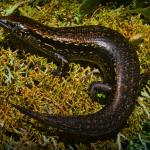 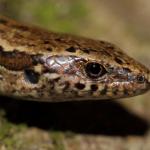 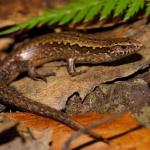 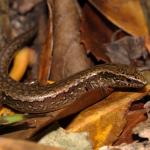 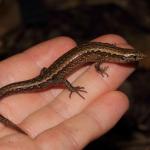 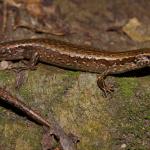 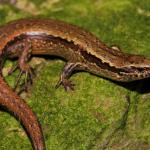 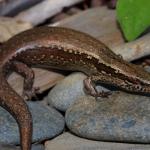 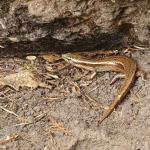 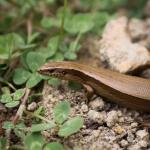