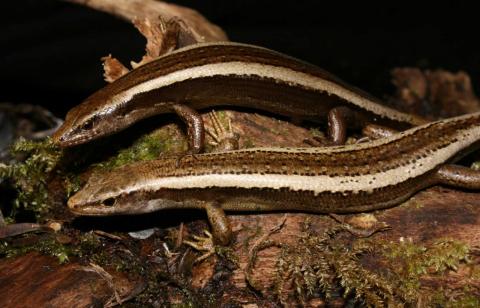 Length: SVL up to 76mm, with the tail being longer than the body length

A mysterious and rarely encountered species from the central and upper North Island.

Striped skinks are distinctive in appearance and unlikely to be confused with other species. Their dorsal surface is usually fawn to dark-brown in colouration with a faint mid-dorsal stripe, regular pale flecks and broad, dark-edged, putty or cream-coloured stripes at the edges of the dorsum (back). Ventral surface is pale grey to yellow, and heavily flecked with dark brown or black.

Striped skinks have been known to live over 20 years in captivity.

Occurs widely in the northern and central North Island from the lower Kaipara region and Waitakere ranges near Auckland, southwards through the King country and Taranaki region, Pureora, the Kaimai Ranges and Rotorua to near Gisborne. Also occurs on Aotea / Great Barrier Island and Hauturu / Little Barrier Island in the Hauraki Gulf.

Striped skinks are diurnal and avid sun-baskers. They occur in a wide range of habitat types, but in their natural state are considered to be primarily arboreal in habit, occupying mature forest canopies where they take refuge among dense epiphyte platforms and under loose bark. They show a strong preference for damp habitats and can also be found in or under rotting logs on the forest floor, where they will bask in dappled sunlight.

Striped skinks may persist in or under rotting logs and dense vegetation (such as pampas shelter belts) in pasture where mature forest has been cleared. However, populations in pastoral farmland habitat have declined as the logs they inhabit break down or are cleared for pasture development.

Largely unknown, but they have been reported to occur in groups of up to 30-40 individuals in large epiphyte platforms.

Striped skinks are mainly insectivorous, consuming a wide range of small arthropods such as small insects, spiders and isopods. In common with other New Zealand skinks, it is likely that they also consume the berries/fruit of native plants.

Striped skinks are a poorly known species with only a handful of animals encountered each year. They are considered to be in decline, but are difficult to monitor due to the nature of the canopy habitat they occupy. DOC wrote a recovery plan for striped skinks that ran from 1998-2003, and they were included in the 'North Island Oligsoma spp. recovery plan' which ran from 2002-2012. To date there has been little conservation work carried out with striped skinks in part due to the uncertainty in their status and difficulty in detecting / monitoring them. Given the challenges in surveying for striped skinks, it is possible they may be more common and widely distributed than currently reported.

Striped skinks are part of a clade which includes the chevron skink (Oligosoma homalonotum), as well as the glossy brown skink (O. zelandicum) and Whirinaki skink (O. "Whirinaki").

Striped skinks were one of the earliest New Zealand lizards to be described (Buller, 1871), but despite this have remained one of New Zealand's most mysterious and rarely encountered skinks. 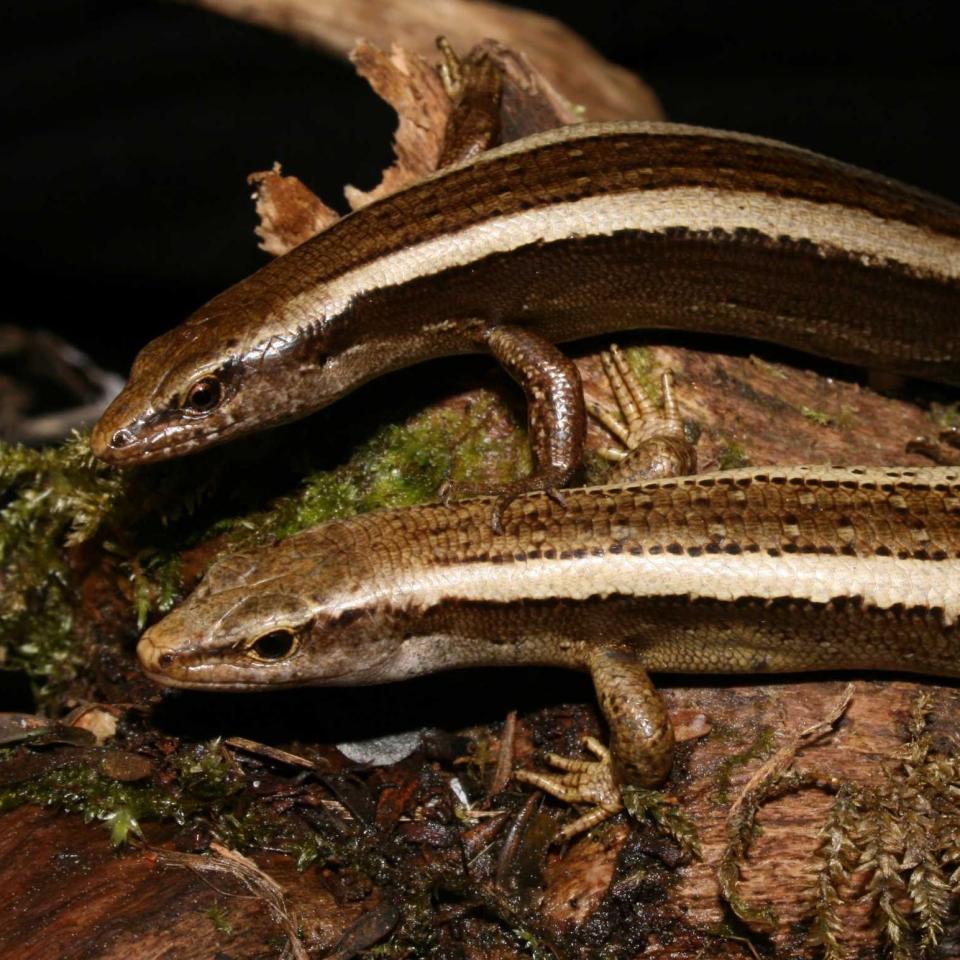 A pair of striped skinks from Douglas, Taranaki. © Tony Jewell 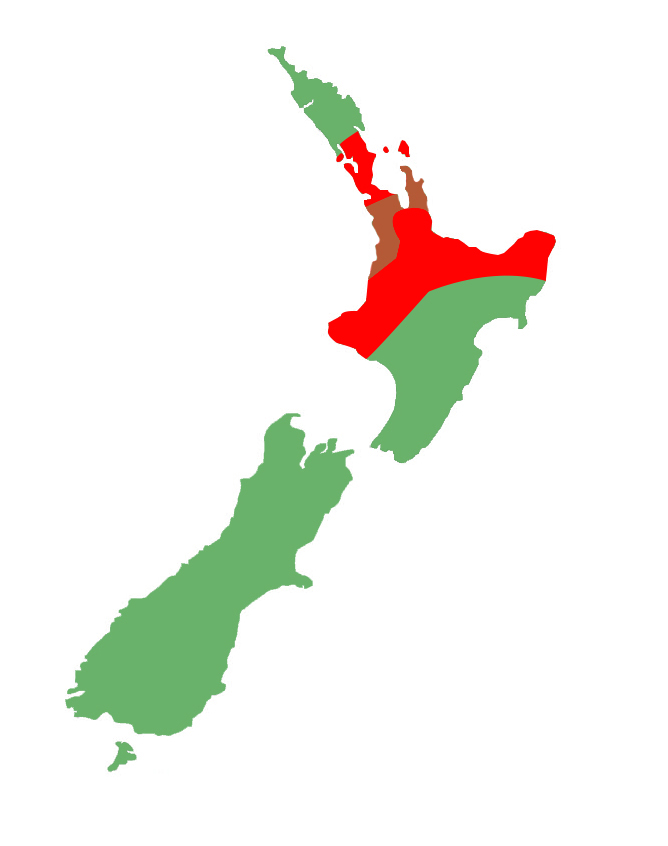 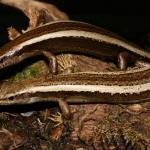 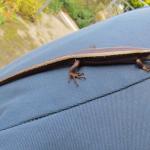 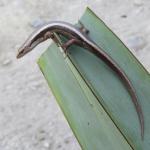