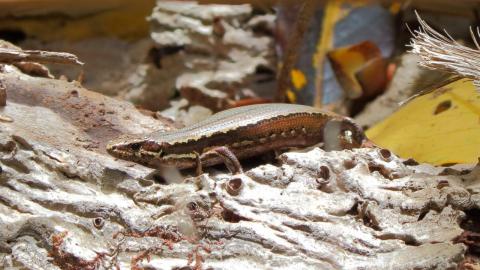 Length: SVL up to 70mm, with the tail being longer than the body length

Whirinaki skinks are a distinctive and bold little skink which eluded discovery until relatively recently. Similar in appearance to the closely related glossy brown skink (Oligosoma zelandicum), Whirinaki skinks have brown dorsal surfaces sometimes with lighter and darker flecks, and a pale dorso-lateral stripe extends just past the forelimb. On the flanks, a broad dark-brown lateral stripe is bordered below by a light-cream stripe that breaks up beyond the forelimb. Their ventral surface is speckled and may be light-brown or deep red-orange. The head is short and blunt, with a distinctive tear-drop under the eye. Whirinaki skinks also have a prehensile tail which aids in climbing.

Whirinaki skinks have a disjunct distribution. They were originally discovered from a single specimen found inside a hut at Whirinaki forest in the central North Island, then subsequently detected at Bream Head Scenic Reserve in Northland (over 350km north from the original sighting).

Whirinaki skinks are bold and strongly heliothermic. They occur in forest and scrub, where they can be seen basking on or near to the ground in forest clearings. Whirinaki skinks are mainly terrestrial, but are adept climbers and may be found basking above-ground on tree trunks and low vegetation.

The individual from Whirinaki forest was found inside a hut, located within podocarp, tawa and silver beech forest. The population at Bream Head occurs in clearings within coastal broad-leaved forest, scrub, and on rock outcrops.

Little is known about the diet of Whirinaki skinks. They feed on small invertebrates, and presumably the berries / fruit of native plants, in common with other species of New Zealand skink.

Extensive predator control is undertaken at Bream Head (the northern population for this species).

Repeated surveys at Whirinaki forest in the vicinity of where the species was first discovered have failed to detect further individuals.

Whirinaki skinks are part of a clade which includes their sister taxon the glossy brown skink (Oligosoma zelandicum), as well as the chevron skink (O. homalonotum) and striped skink (O. striatum). 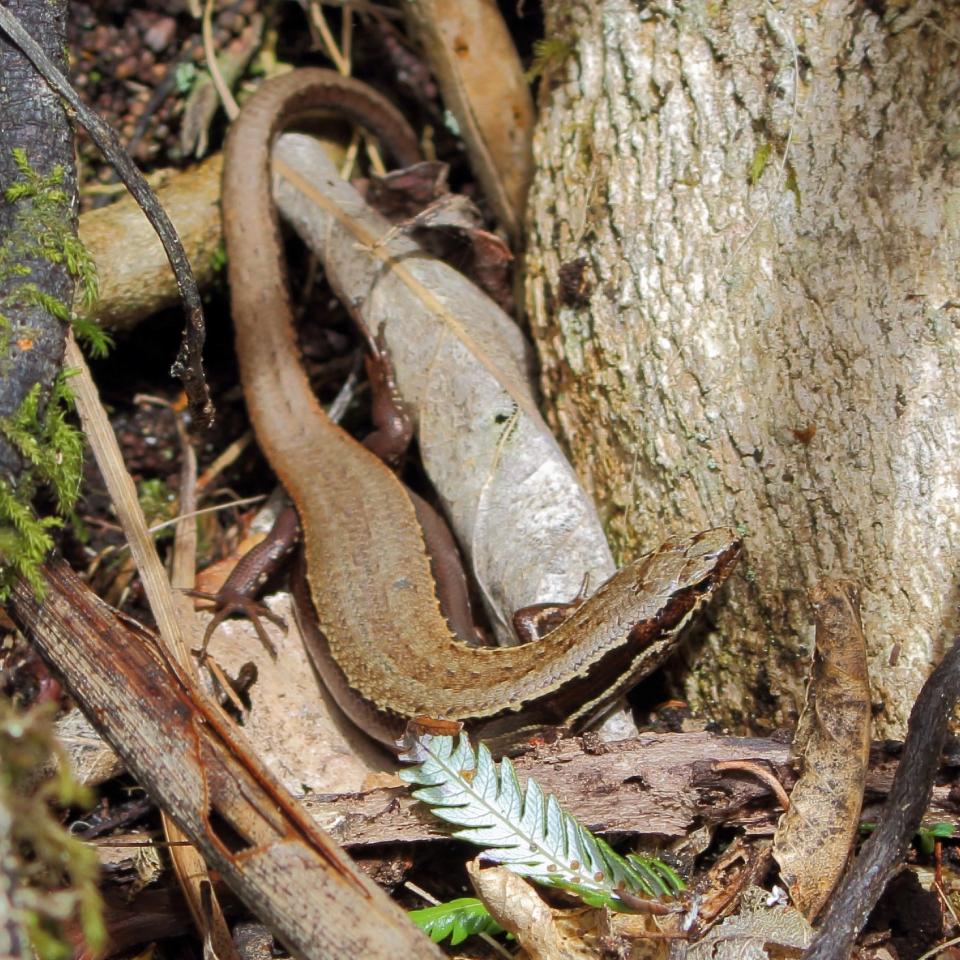 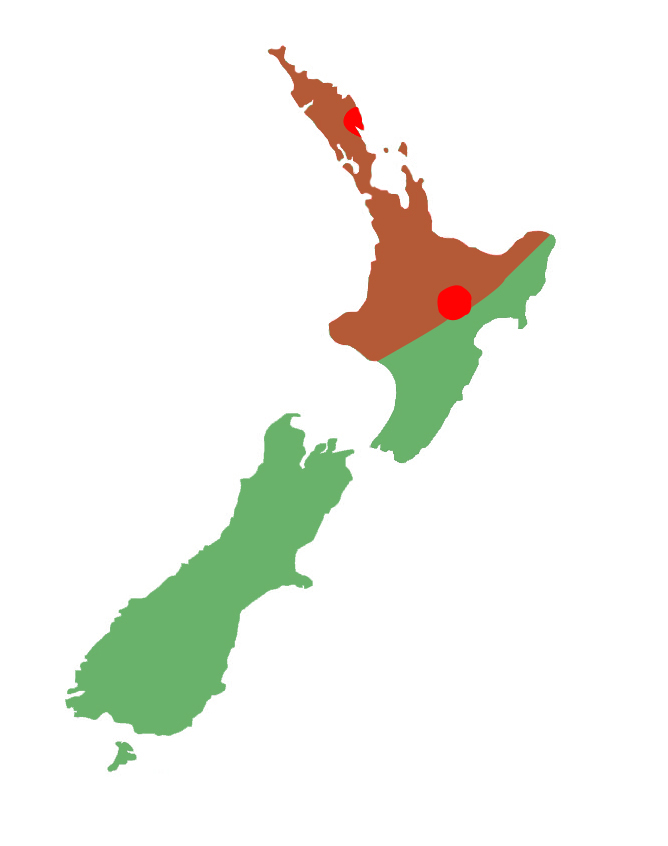 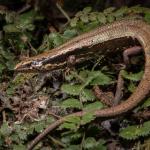 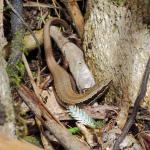 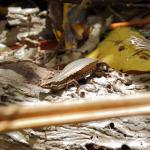 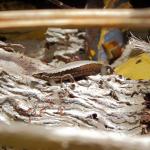