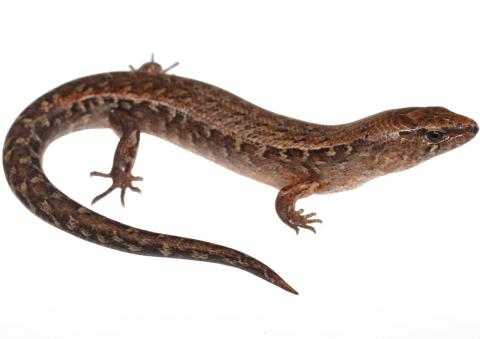 Length: SVL up to 94mm, with the tail being equal to or slightly longer than the body length

An intricately patterned species which is widespread in the North Island, but generally sparse in areas without predator control.

Ornate skinks are robust with a deep set head and short, blunt snout. Dorsal (upper) surface light tan through to a very dark brown/almost black. Individuals usually have a dark 'wavy' edged stripe extending from the nostril to above the eye, and along the edge of the dorsum/flanks, often breaking up midway between the fore and hind limbs. Large pale blotches are seen along the top and sides of the tail, which often extend onto the back. In some individuals the tail may be flushed with red/orange. Ventral (lower) surface yellowish, either unspotted, partially or wholly spotted with black; some individuals have vivid reddish orange colouration. Head sports a ‘tear-drop’ below each eye (white or yellowish edged with black). Tail is thick at the base and tapers abruptly. Females are generally larger than males, with males rarely exceeding 70mm SVL, whereas females will often exceed 75mm SVL. Individuals have: between 15-23 lamallae on each toe; 28-34 mid body scales; 60-79 ventral scale rows.

Often confused with the more-common copper skink (Oligosoma aeneum), but can be distinguished by the presence of a tear-drop pattern under the eye (versus denticulate patterning in copper skinks), and proportionately larger ear-hole.

Widespread throughout the North Island, however populations are sparse as they are generally only found in large numbers in protected sites or on islands.

Ornate skinks are crepuscular (active at dawn and dusk); a cryptic species which seldom emerge from cover, though they can be observed basking near reatreat sites during the day.

Ornate skinks are solitary with adults being quite aggressive. Adults will not co-habit, however, it appears that they will tolerate their own young with large females being observed occupying the same refuge as 2-3 young (N. Harker, personal communication, December 1, 2016).

Ornate skinks are ovoviviparous, giving birth to live young in January/February. It appears they may be able to have up to 8 offspring in a single clutch; with 2-4 large ova in each ovary. The average size for neonates is 25.5mm SVL. Males mature at between 15-16 months and females at between 19-20 months.

Ophionyssus species of mite have been found on ornate skink.

It was suggested that the ‘Manawha’ skink of the Three Kings Island was a distinct species. Genetic research have since shown that the population was not genetically divergent from the Oligosoma ornatum populations of Northland. 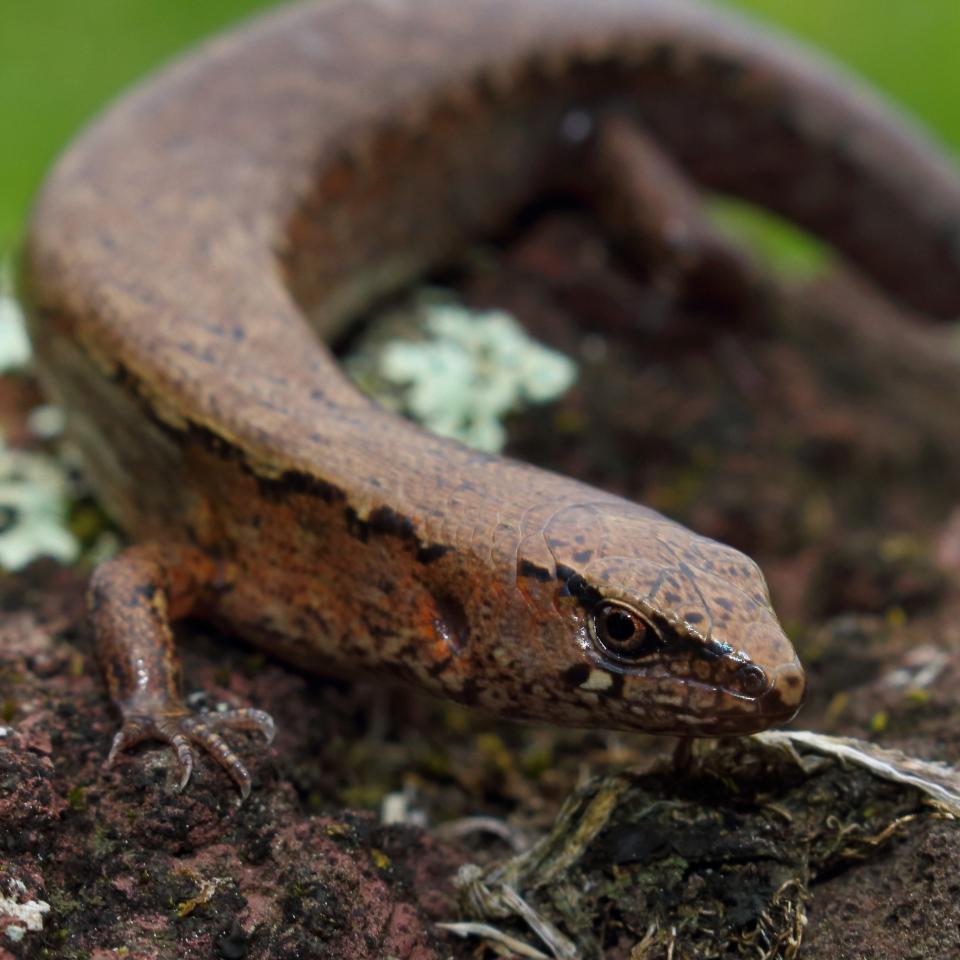 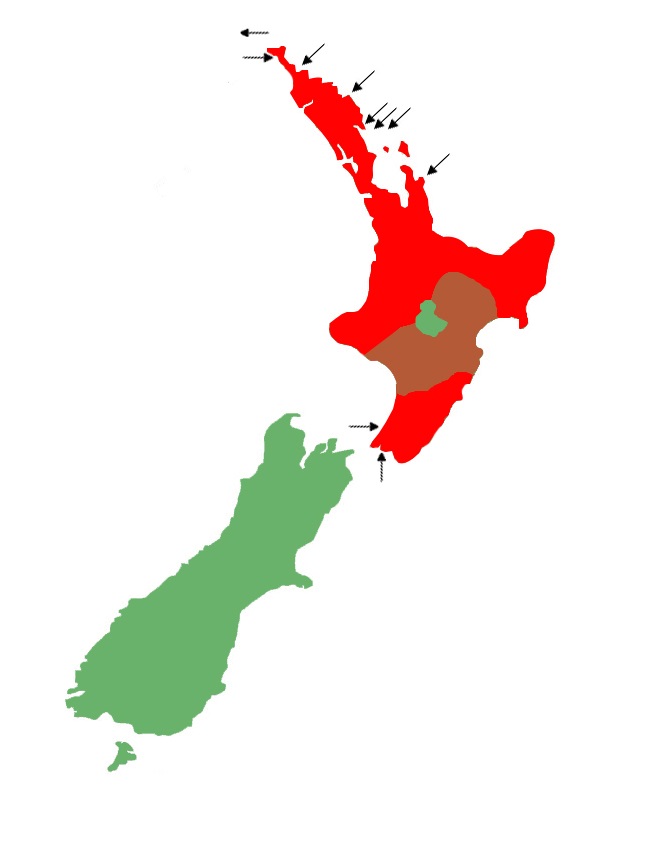 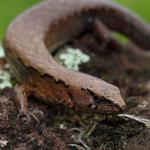 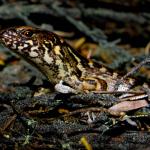 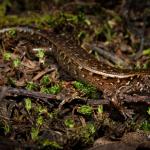 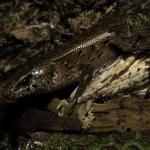 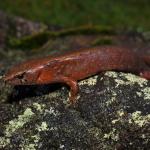 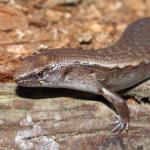 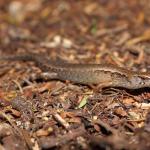 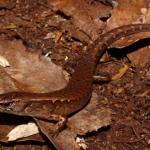 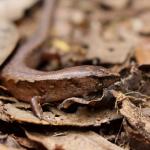 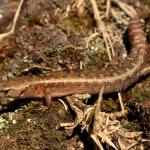 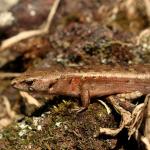 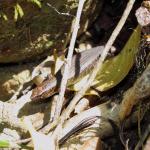 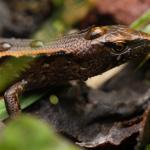 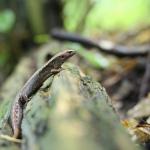 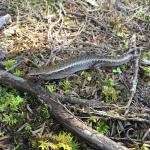