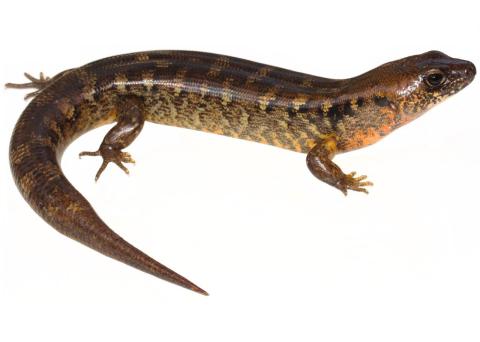 Length: SVL up to 160mm, with the tail being equal to or shorter than the body length

Aotearoa's largest native skink, reaching up to 33cm in total length. Robust skinks are large and thickset, with short limbs and toes (northern individuals of the species are particularly robust).

They are characterised by their large size, and mid to dark brown or pinkish-brown dorsal (upper) surfaces, which are commonly broken up by a series of irregular large blotches. These blotches are usually pale cream to yellow/brown, sometimes with a dark brown edge. Flanks are light grey to grey-brown with blotches of a similar appearance to those on the back. Some individuals also have black and white markings above the shoulders. The ventral (stomach) colouration ranges from yellow to a vivid reddish pink, sometimes with dark flecks. Throat cream, often with dark flecks. A yellow, black-edged ‘tear drop’ is present below each eye. Robust skinks have blunt snouts and large dark eyes. The base of the tail is very thick and tapers abruptly.

Robust skinks have been recorded to reach ages in excess of 33 years in captivity (Mike Chillingworth personal communication, 2019).

Some Oligosoma species, such as the Whitaker's skink (Oligosoma whitakeri), have been reported to live for 55+ years in captivity (D. Keall, personal communication, May 22, 2021).

Robust skinks were once one of Aotearoa's most widespread lizard species, occurring throughout the entirety of the North Island. After the arrival of introduced mammals, their range dramatically shrunk to what it is today - six small predator-free islands, scattered from the Coromandel to Aupouri Peninsula.

Robust skink sub-fossils have been recorded across the North Island including several sites in Northland, Motutapu Island near Auckland, Waitomo in the Waikato region, as well as Martinborough and Mana Island in the Wellington region.

Robust skinks are a strictly nocturnal species which emerges at dusk to forage, although gravid females have been known to sun-bask during the day. They will forage in the open at night and rely on crypsis/camouflage to avoid predation, but quickly retreat to cover or into deep leaf litter when disturbed.

Robust skinks are vulnerable to water loss through the skin so prefer areas of higher humidity which are thermally stable. During the day robust skinks inhabit thick leaf litter, or hide under rocks, logs, and seabird burrows in low coastal forest. They have also been found inhabiting native iceplant (Disphyma australe) and umbrella sedge (Cyperus ustulatus) in more open areas (Parrish and Anderson, 1999).

Largely unknown, but considered to be solitary and territorial. On Matapia Island the species occurs at a relatively high-density (Parrish and Anderson, 1999). However, individuals can be highly aggressive towards conspecifics causing significant injury or death.

Robust skinks are long-lived and slow to mature. Female robust skinks reach maturity at around eight years old, usually breed biennially (once every two years), and give birth to litters of up to nine young from March to June. Breeding appears to occur around July/August (Nick Harker personal communication, 2023).
As is the case with many lizard species, mating in Oligosoma may seem rather violent with the male repeatedly biting the female around the neck and head area.

Robust skinks are omnivores. They are primarily insectivorous, predating a wide range of invertebrates including insects and crustaceans, but they are also known to consume the fruits and berries of plants such as Kawakawa (Piper excelsum) and nightshade (Solanum spp.). At certain times of the year, fruit comprises around 30% of robust skinks' diet. They have also been recorded consuming smaller lizards, and diving petrel chicks.

DOC have a recovery plan in place for this species, click here to read more.

Because of their large size and nocturnal habits, robust skinks are particularly vulnerable to introduced mammalian predators, and would have been among the first lizard species to disappear from the mainland following the arrival of humans in New Zealand (Towns & Daugherty, 1994).

Robust skinks are morphologically and genetically distinct (4.4% divergence) between the southern (Coromandel) and northern (Northland) extent of their range (Chapple et al., 2008; Chapple et al., 2009; Porter, 1988). These two sub-populations may be described as separate species in future.

Gill, B. J. (1985). Subfossil bones of a large skink (Reptilia: Lacertilia) from Motutapu Island, New Zealand. Records of the Auckland Institute and Museum, 69-76. 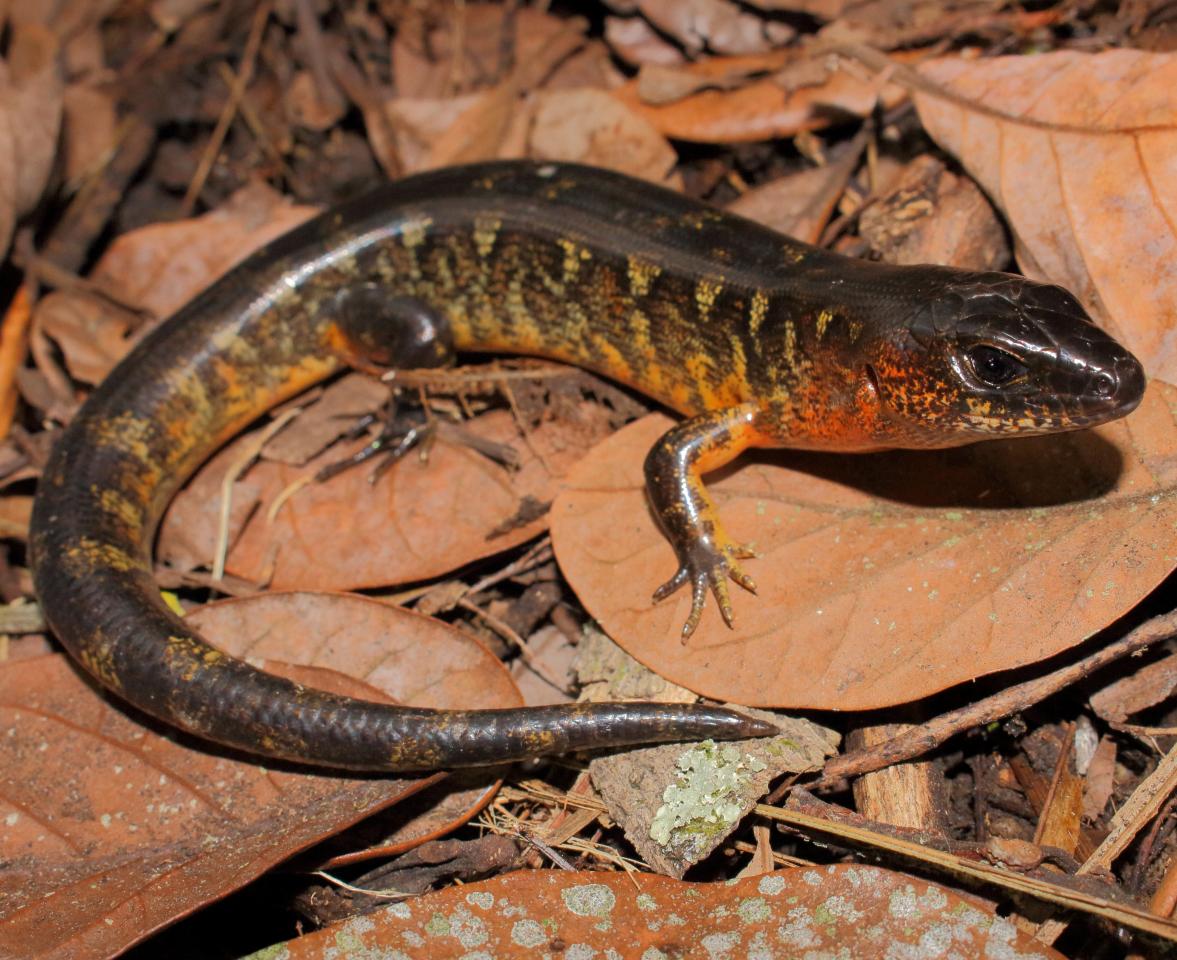 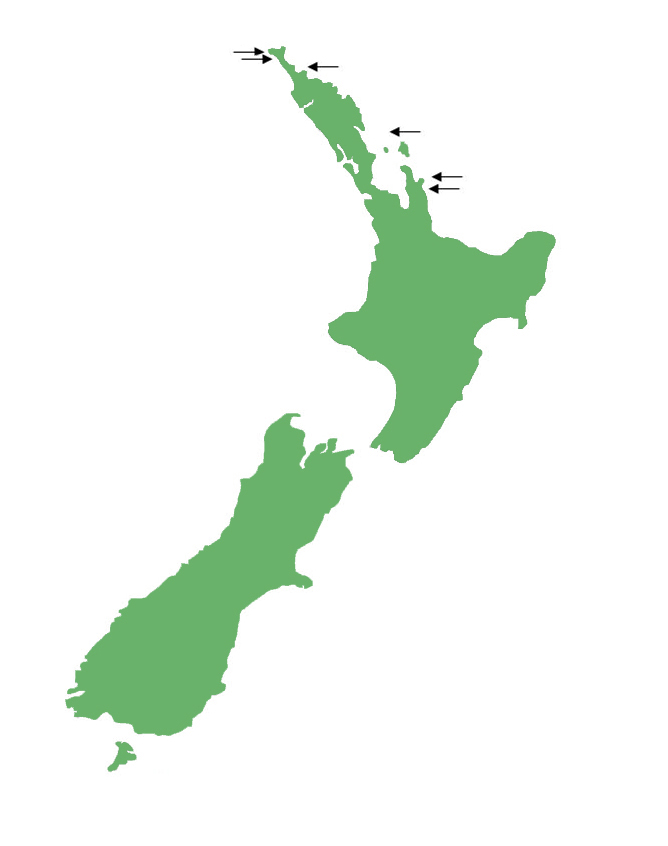 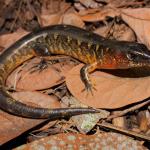 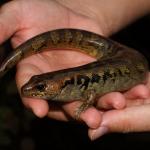 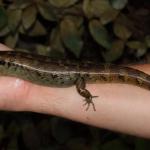 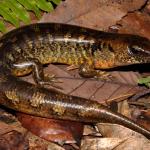 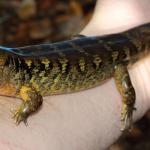 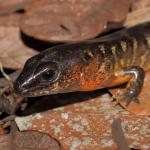 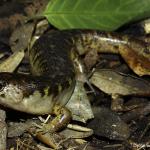 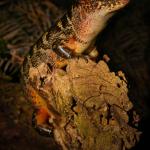 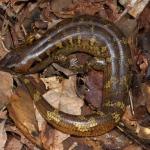 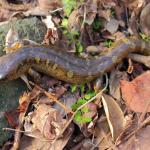 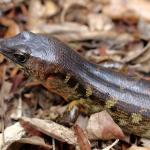 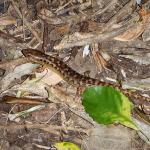 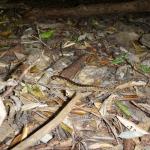 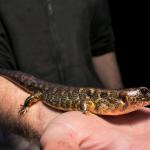 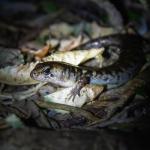 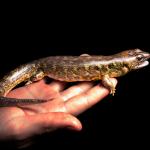