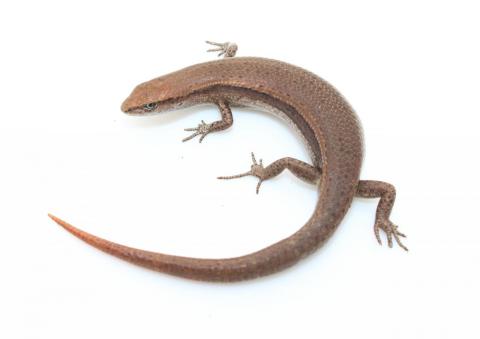 Length: SVL up to 55mm, with the tail being much longer than the body length

The invasive plague/rainbow skink is the only introduced species of reptile that has managed to establish/naturalise in Aotearoa/New Zealand. They were first recorded at the Otahuhu rail yards (South Auckland) in the mid-1960s, but have since been inadvertently spread throughout the majority of the northern North Island, and to several other isolated locations in the southern North Island and northern South Island.

The plague skink is by far the most encountered lizard species in the northern North Island, owing to both its gregarious nature, and ability to thrive in urban gardens. By New Zealand's standards, it is considered to be a fairly gracile and small lizard, with adults typically ranging between 40-55mm in SVL. They can be recognised by their grey-brown to dark brown upper surfaces, which are often flecked with faint dark speckling, and occasionally a thin dark dorsal stripe which runs along the spine.
The flanks have a broad dark brown stripe with thin pale stripes at the lower border (and sometimes above), whilst the lower surfaces of the animal are typically a uniform white or creamy yellow which fades into a pale grey/white (often with light grey longitudinal streaks) on the throat.

Rainbow skinks are often mistaken for the native copper skink (Oligosoma aeneum). However, in general, rainbow skinks can be differentiated by their more slender body, longer tail, gregarious nature, and their propensity to actively forage and sun-bask in urban gardens. In comparison, the native copper skink is rarely observed moving about and is generally solitary in nature. An additional feature which helps to distinguish the rainbow skinks from native skinks is the presence of a single frontoparietal scale across the top of the head (vs two frontoparietal scales in NZ skink species), although this can be quite hard to observe unless the animal is in hand.

For more information check out the DOC website https://www.doc.govt.nz/nature/pests-and-threats/animal-pests/plague-skinks/

Not known, however, it is presumably much shorter than the majority of our native skink species.

The native range of the plague/rainbow skink encompasses large swathes of eastern Australia and Tasmania, where they are referred to as the delicate garden skink. In addition to their native range, they have also been inadvertently introduced to several Pacific Island groups including Aotearoa/New Zealand in the 1960s, the Hawaiian archipelago around 1900, and the Lord Howe group in the 1980s.

In Aotearoa/New Zealand, the plague/rainbow skink has spread rapidly throughout the northern North Island, following their initial arrival in Auckland in the 1960s, with their current distribution being a reflection of multiple incursions into new areas through transport pathways (eggs and lizards being transported around the country in garden material, vehicles, etc.). In addition to the large established populations present on the mainland of the North Island they have also managed to establish on several of the larger islands in the Hauraki Gulf, namely Kawau Island, Rangitoto and Motutapu Island, Waiheke Island, Rotoroa Island, and more recently Great Barrier Island.

Established satellite populations are also known from Whanganui, Palmerston North, Gisborne, and Hawkes Bay in the lower North Island, and from Havelock and Blenheim in the Marlborough region of the South Island.

Any additional sightings outside of these regions (particularly in the South Island) should be reported to the MPI hotline on 0800 80 99 66.

Rainbow skinks are small, diurnal lizards, which are fairly gregarious and conspicuous in the habitats where they are found. They are a fairly active species and are frequently observed basking, or hunting around houses or on the edges of open walking tracks in the northern North Island. They occur across a wide range of habitats, including gardens, industrial sites, road and railway clearings, rough pasture, open coastal habitats, as well as clearings around forests and shrublands. In these habitats, they are typically associated with low dense vegetation and leaf litter with plentiful basking sites, but around houses tend to utilise wood piles and other debris that may be scattered on the ground.

There is some concern that plague/rainbow skinks may pose a threat to our smaller native skink species through competition for habitat and food. When compared to our native species the plague skink has a much faster reproductive cycle and is better adapted to the avoidance of mammalian predators. These factors allow populations to rapidly expand and this could potentially put our small native skinks at a disadvantage, particularly in areas with higher mammalian pest indices.
Although there is no solid proof of their ability to directly outcompete our native species, studies have indicated that the core components for such exploitative competition are present. This may be particularly true for small isolated populations (urban gardens), where the additional impacts of high pest densities may drive native numbers down, whilst the plague/rainbow skink population fills that niche.

As previously stated this species is fairly gregarious, oftentimes being found in large aggregations around habitat edges, and along open walking tracks. That being said they can be fairly territorial and are often observed attacking each other when at higher densities.

Plague/rainbow skinks are oviparous (egg-laying), typically laying one clutch of between 3-7 small leathery, white eggs (measuring approximately 8-10mm) in suitable nesting sites annually. Depending on the site these nests can either contain the progeny of one animal or multiple, with some communal nests containing well over 200 eggs. In Aotearoa young hatch around February/March. As with many other lizard species, clutch size seems to be determined by the female body size, with larger individuals producing larger clutches.

Primarily invertebrates, with the proportion of different taxa being dictated by climatic conditions, and their relative abundance.

They are affected by the same diseases as many of our native skinks, being carriers for salmonella, and a multitude of other lizard-related bacterial and parasitic diseases.

MPI (the Ministry for Primary Industries) lists this species as an Unwanted Organism under the Biosecurity Act 1993, meaning that it is illegal to knowingly move, spread, or hold this species in captivity without prior permission from that governing body.

This species was first detected at the Otahuhu rail yards in the 1960s, likely originating from shipping containers carrying various materials from Australia. Although this was the first detection it is likely that there were several other incidents of this species being brought in with freight over the following years.

Molecular studies have indicated that the vast majority of Aotearoa's plague/rainbow skink population originates from populations found in the vicinity of Tenterfield in northern New South Wales. 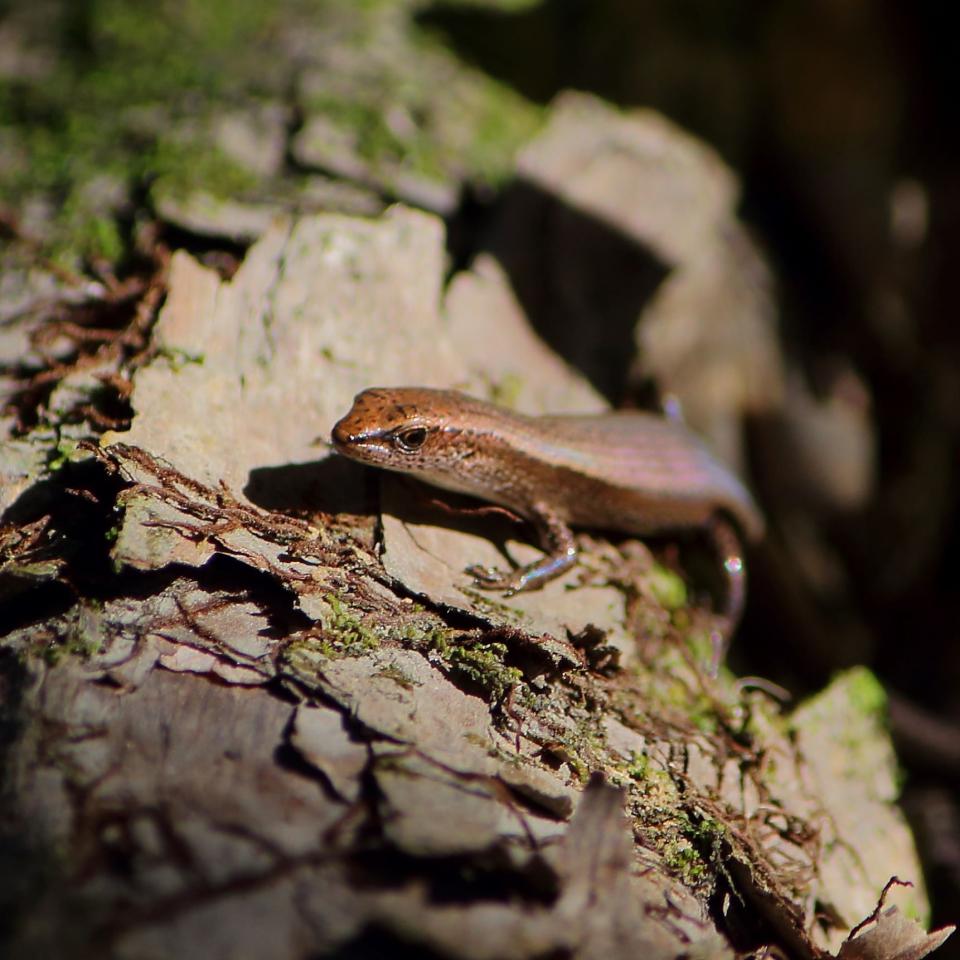 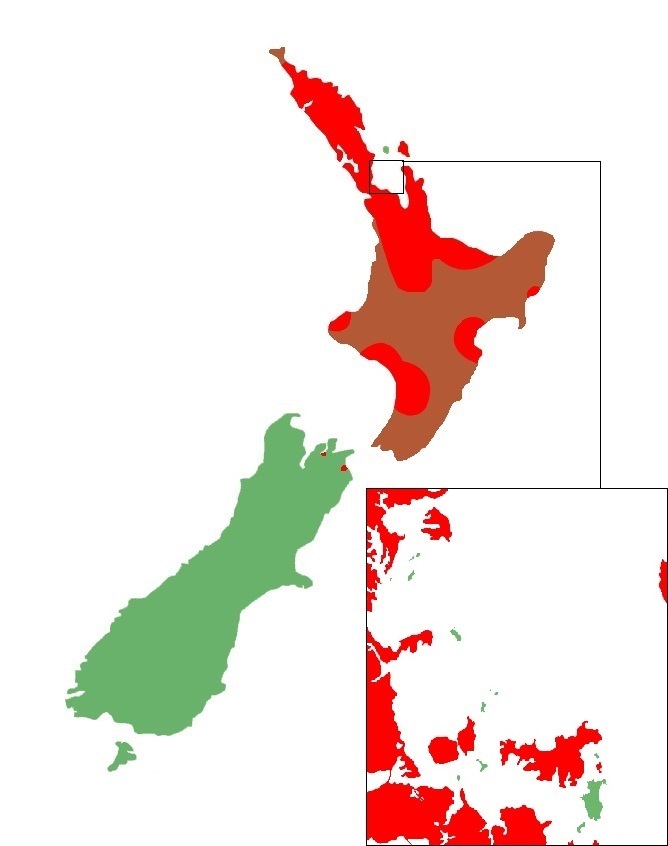 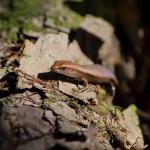 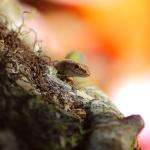 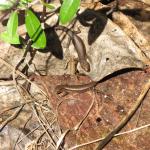 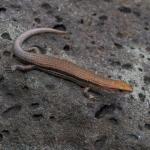 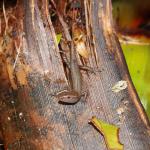 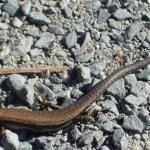 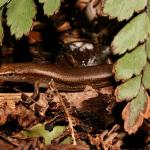 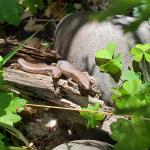 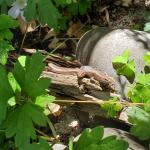 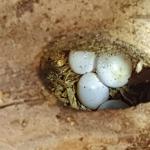 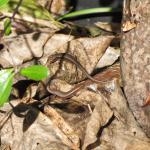 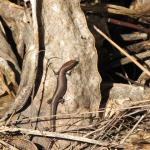 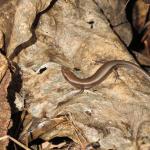 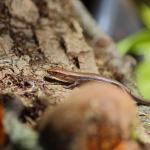 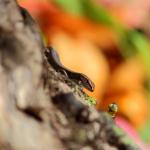 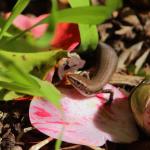 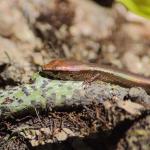