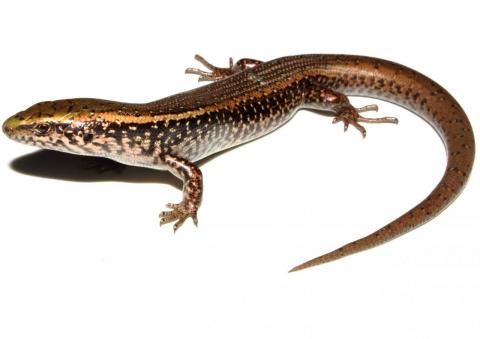 Length: SVL up to 110mm, with the tail being longer than the body length

A large, and often beautifully coloured skink from the Canterbury region.

The dorsal colour of Canterbury spotted skinks is typically a brown to olive green, with lighter-coloured dots (ocelli) and dark speckles scattered along the back and tail. Canterbury spotted skinks often have cream-coloured dorsolateral stripes which break up on the tail, the flanks are often dark with white or cream flecking, and the ventral surface (belly) is often a uniform grey, but can be flushed with pink or orange tones.

Canterbury spotted skinks are restricted to the Canterbury region, occurring from Mount Grey / Maukatere in the north through to the Rangitata River, and east through to the Banks Peninsula. Potentially could occur further south in Canterbury, but future surveys would need to be carried out to confirm this.

Canterbury spotted skinks are avid-sunbaskers and bold in character, making them a particularly conspicuous species. They prefer open/sunny areas such as boulder beaches, sand dunes, and coastal scrub, as well as grassland, shrubland, rock piles, and scree slopes at inland sites. They are mainly terrestrial, but will also climb shrubs to forage for insects and berries above ground. When not basking or foraging, Canterbury spotted skinks will take refuge under coastal debris, rocks, logs, or in dense vegetation such as thick grass or flax (Phormium spp.).

Viviparous (Live bearing). Females give birth to 1-3 young from February to March.

In common with other species of New Zealand skink, the diet of Canterbury spotted skinks includes a wide range of invertebrates, and the berries / fruit and nectar of native plant species. They have also been recorded preying on smaller skink species such as McCann's skink (Oligosoma maccanni).

Canterbury spotted skinks are regarded as 'Threatened - Nationally Vulnerable' and are becoming increasingly rare particularly in lowland sites, due to the ongoing effects of habitat modification and predation by mammalian predators (rodents, mustelids, hedgehogs, and cats). This species is not currently being managed.

Morris, R. W. (1971). On some aspects of the biology, thermal relations, and thermophysiology of Leiolopisma lineoocellatum. A thesis presented for the degree of Master of Science in Zoology, the University of Canterbury, Christchurch. 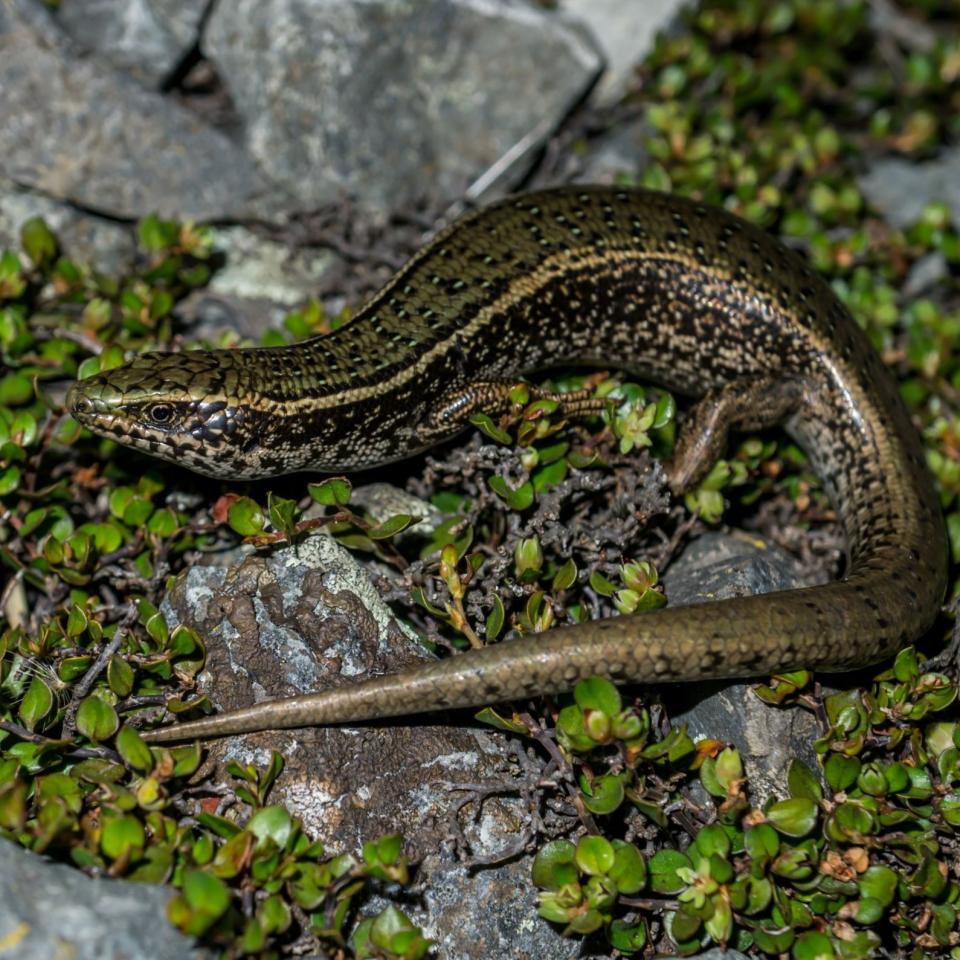 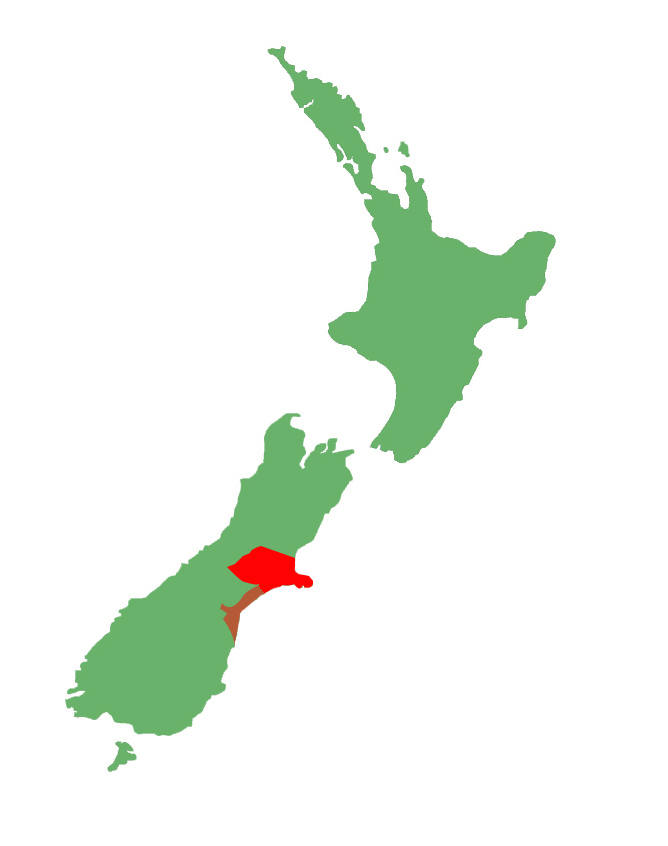 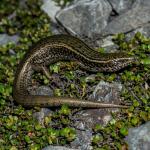 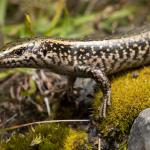 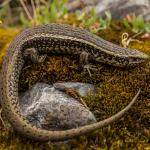 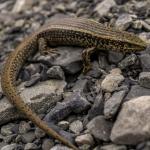 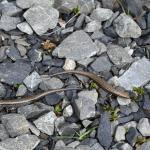 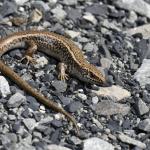 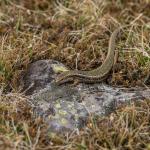 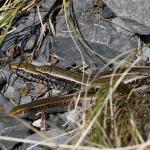 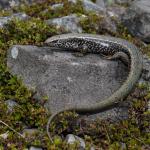