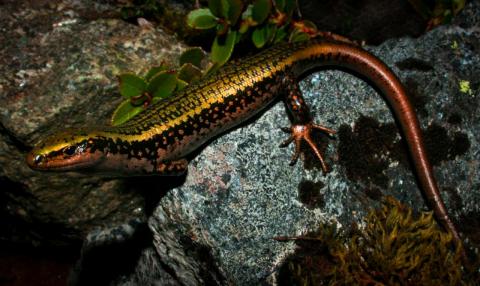 Length: SVL up to 91mm, with the tail being much longer than the body length

A large, rare, and exquisite-looking skink renowned for its impressive alpine ecology. SVL up to 91 mm. Dorsal surface glossy black with brilliant green blotches or flecks extending from the head to the hindlimbs, sometimes onto the anterior portion of the tail. Dorsal surface sometimes a green or olive-brown colour, however, is typically the brilliant green as described with black mottling. A black mid dorsal stripe is often present, and may extend onto the tail. Tail often olive-green or an irregular copper or pink-gold colour. Lateral surfaces typically bear a distinctive black lateral band that runs from the nostril to the tail and has crenulated or irregular edges. This band is typically scored with pink-gold or salmon spots. The lower portion of the lateral surfaces beneath the vivid lateral band grade into a pinkish colour that is sometimes broken up and blotched with black. Ventral surface striking orange-red with pale grey-pinkish chin and throat. Eye colour black. In tact tail obviously longer than body length (SVL). Toes are also relatively long (van Winkel et al. 2018; Bell and Patterson 2008; Jewell 2008; Bell and Patterson 2007).

This species is diurnal, terrestrial (but primarily inhabits cliffs), and saxicolous (has be found in vegetation though). Sinbad skinks are heliothermic and have been observed basking. This species lives in moisture-suffused cliffs and vertical bluffs in the alpine environment of Fiordland (>1000 metres a.s.l). The Sinbad Gully, its only known location, is a dramatic alpine valley, historically carved by enormous glaciers with granite walls close to 300 metres tall. This area has an extremely harsh climate with high rainfall, low temperatures, high snowfall, avalanches, and few hours of sunlight. Sinbad skinks are only known from highly-creviced walls in this valley and have also been found on vegetated ledges. This is presumably why it has such brilliant green colours; to provide exceptional camouflage amongst alpine herbs, grasses, tussocks and ferns. It is possible that this species lives elsewhere in remote Fiordland, but is yet to be found. Sinbad skinks have also been found under loose rocks at the bases of bluffs. It is possible that these individuals have fallen down, or are not as common in these habitats because of introduced mammalian predators (van Winkel et al. 2018; Bell and Patterson 2008; Jewell 2008; Bell and Patterson 2007).

Largely unknown. As with all but one of the Oligosoma species, they are likely viviparous (live-bearing).

Unknown, but they are likely omnivorous similar to other species of Oligosoma skinks which consume a range of invertebrates and the fruit from native plants.

DOC classify Sinbad skinks as ‘Threatened - Nationally endangered’ (Hitchmough et al. 2016). While they are only known from a single location, the Sinbad Gully, they are thought to have stable population numbers here. However, accurate population estimates are difficult to produce due to the largely-inaccessible nature of the habitat. Accordingly, long-term monitoring may be useful for ensuring the species remains stable in actually identifiable numbers (versus expected). Surveys further afield in similar habitat may also increase our understanding of the species and be of huge conservation significance. The development of standardized monitoring methods may also improve our understanding of the species. Various monitoring methods have been successfully used, such as G's minnow traps, and our understanding of optimal environmental conditions have been somewhat developed (Johnston 2014; Bell and Patterson 2007; Bell and Patterson 2008). However, the ability to monitor skinks in difficult-to-access parts of their habitat and thus, obtain more comprehensive data, are yet to be developed. Additionally, investigating the presence and altitudinal extent of introduced mammalian predators in this area would be of high value (Bell and Patterson 2007).

The sinbad skink was discovered in 2004 by Tony Jewell, being formally described in 2008. The harsh terrain and weather conditions in the Sinbad Gully mean that observations are difficult and little is yet known about the species.

Sinbad skinks are most closely related to another remarkable skink in Fiordland, the barrier skink (Oligosoma judgei). This species also occupies extreme habitat and lives in highly inaccessible, high elevation areas in Fiordland (Bell and Patterson 2008). 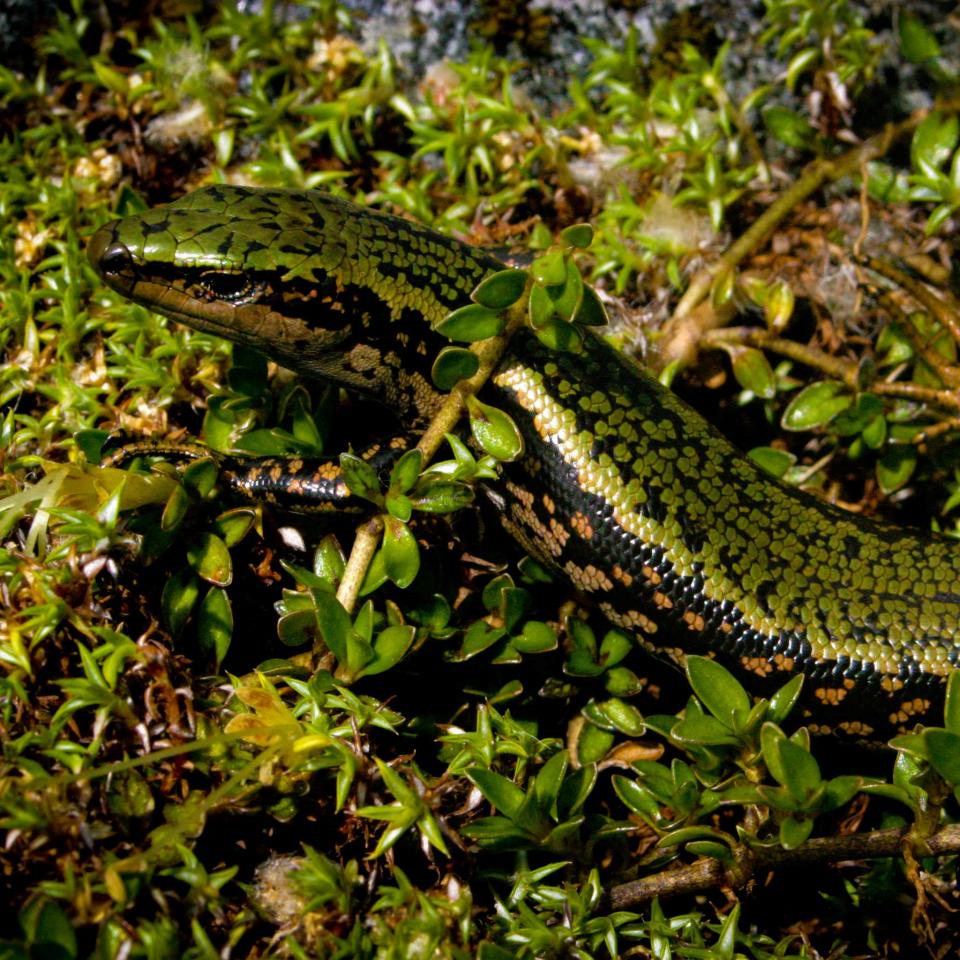 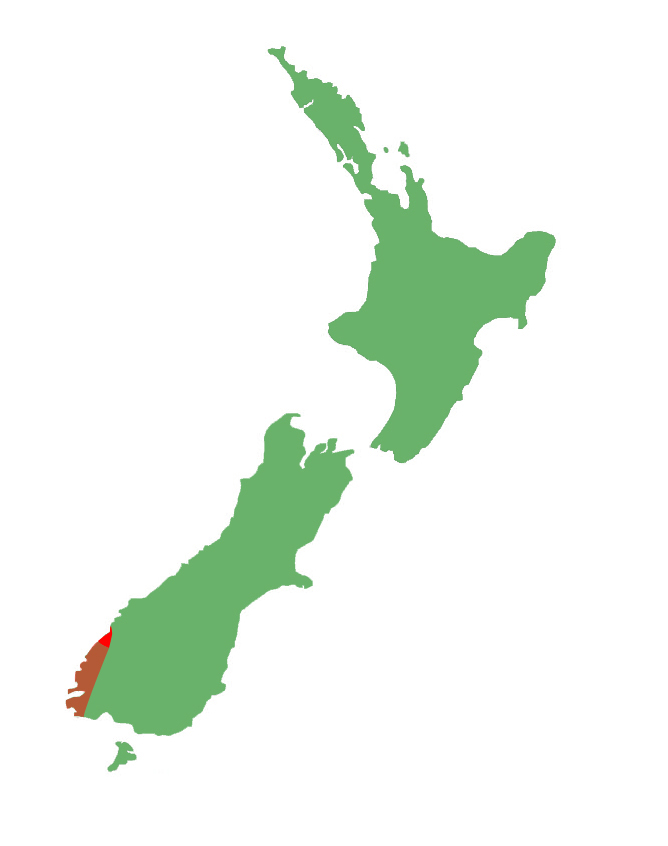 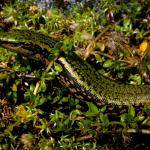 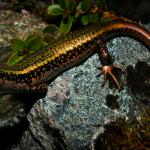 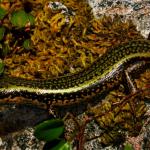 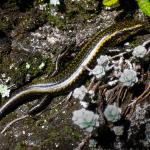 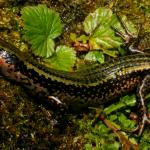 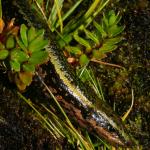 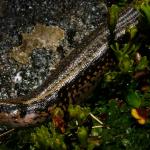