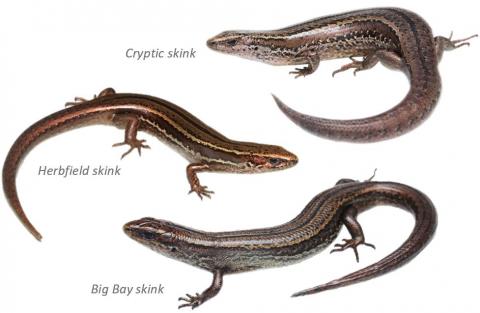 Length: SVL up to 86mm, with the tail being equal to or longer than the body length

A beautifully patterned skink comprising a variety of geographic forms. Some of the forms in the complex may represent variation within a single species. However, some forms possess distinct morphological features, unique genetics, and occupy different niches/ are geographically separated. Consequently, it is probable that some of these geographic forms represent unique species, which are yet to be formally described. There is some debate, however, as to whether these are in fact, unique species (Chapple et al. 2011; Patterson 2011).

Humboldt skink: A large member of the cryptic skink complex with an SVL up to 80 mm. Mid to dark brown with a faintly marked back (few flecks and indistinct mid-dorsal stripe). Lateral surfaces with a dark band bordered by indistinct pale notched dorsolateral and mid lateral stripes. Ventral surface yellow with a uniform grey throat.

Oteake skink: Only known from a slither of habitat near Mt Kyeburn in Oteake Conservation Park, North Otago.

Big Bay skink: Known from northern Fiordland and South Westland from Big Bay to Barn Bay and the Cascade Plateau. Could possibly be a lowland specialist, as no confirmed sightings have occurred in alpine/subalpine habitat.

Herbfield skink: Known from lowland habitat in the Southland Plains (incl. Tiwai Point wetlands), Eastern Otago from the Aparima River to the Shag River. Can be found in the Dunedin area, Macraes Flat, and Wairio.

Cryptic skinks may differ in habitat use and ecology depending on geographic form, however, their habitat use and behavior is ultimately somewhat similar. These skinks are diurnal and terrestrial (occasionally semi-arboreal climbing into tall shrubs). While they do sun bask, they typically do so in a cryptic manner, while hiding in dense vegetation or near the entrance to their stone retreats. Consequently, they can sometimes be difficult to observe basking. These skinks have been recorded in a variety of habitats from the lowland right up to at least 1825 m (a.s.l). They exist in habitats such as tussocklands, grasslands, scrublands, herbfields, wetlands, and rocky areas (e.g. rocky beaches, shrubland, screes, tallus, vertical rock walls)(van Winkel et al. 2018).

Laregly unknown. However, some have been seen in remarkably high densities (such as herbfield skinks), while others appear to be more solitary, or are lower in density (such as Oteake skinks and mahogany skinks).

Cryptic skinks feed on small invertebrates and on the fruits of native shrubs, and the nectar of flowers.

This species is not being actively managed, but taxonomic and genetic work is currently underway which will help to inform and protect populations that may be distinct species in their own right. Three populations of cryptic skink exist on predator-free Islands (Centre Island, Pig Island in Foveaux Strait and Tree Island in Lake Wakatipu), and at least one population of herbfield skinks exist in a predator-resistant environment (Ōrokonui Ecosanctuary, Dunedin). Additionally, surveys for poorly known forms such as Oteake skink are being conducted to try learn more about the distribution of this potentially threatened species. 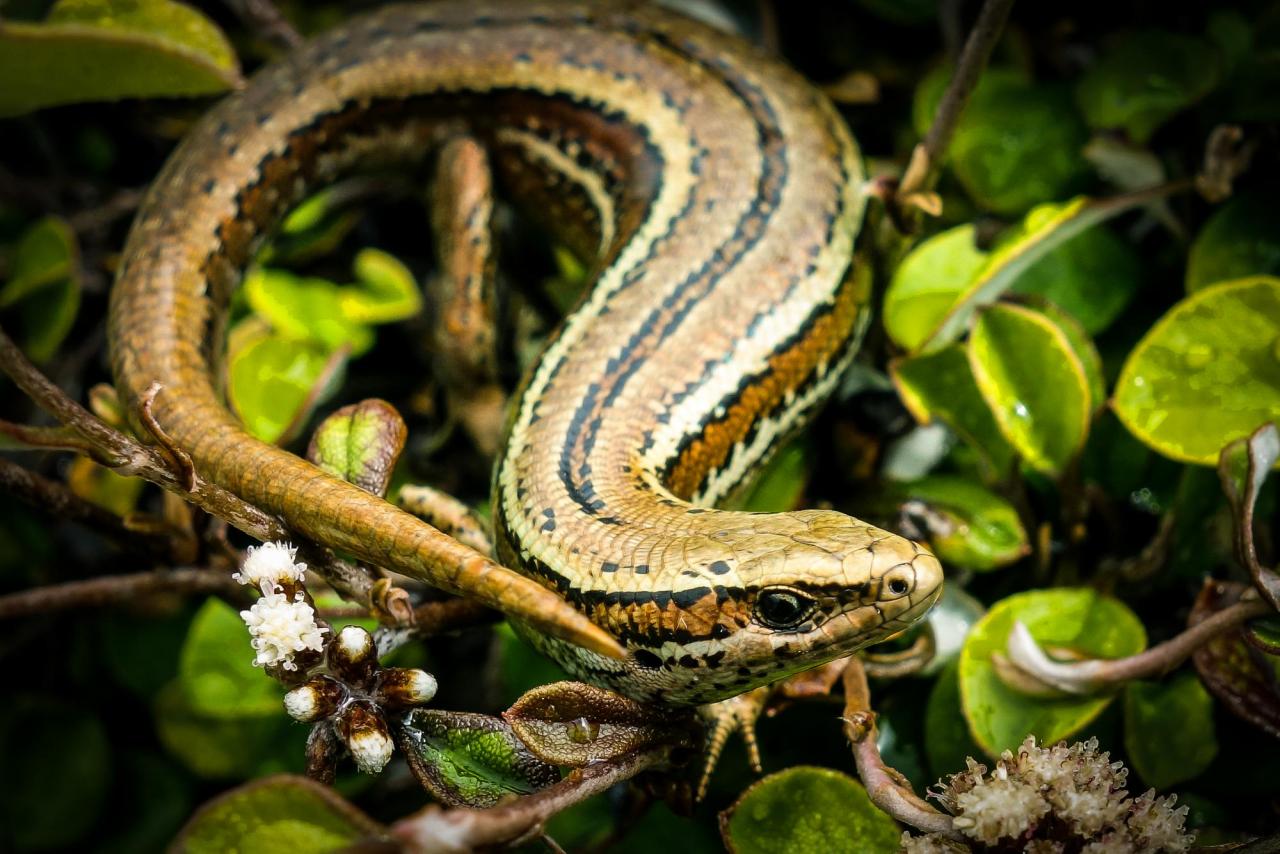 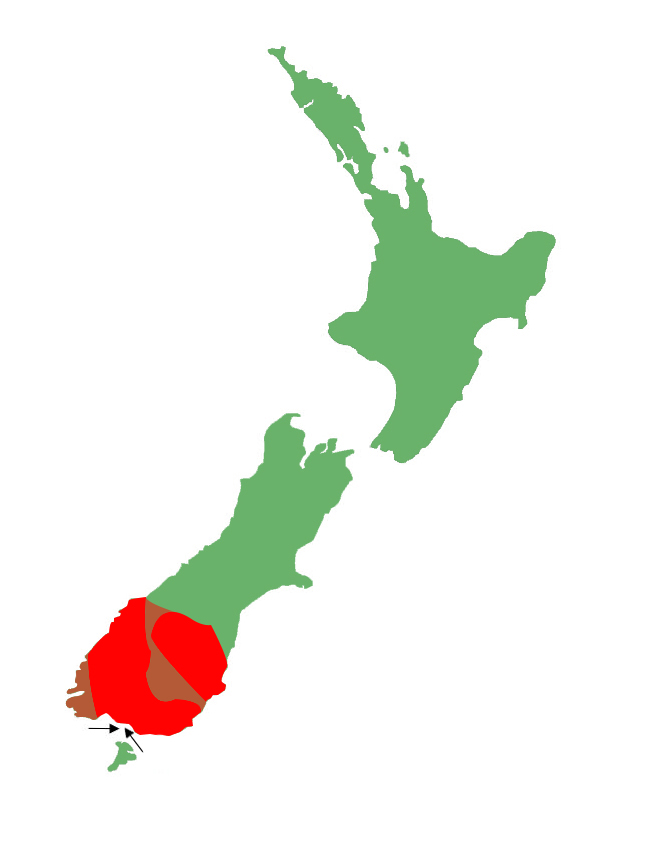 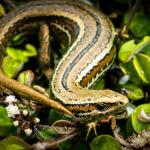 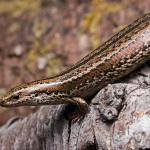 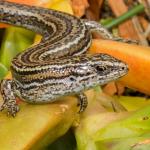 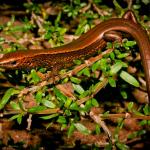 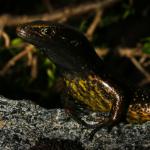