Length: SVL up to 79mm, with the tail being equal to or slightly longer than the body length

Their colouration varies from pale chestnut through to olive-brown, although some individuals can be dark brown. A dorsolateral stripe about the width of one scale extends from the centre of the head to the base of the tail. A broad brown band sometimes with black flecking extends along the lateral surfaces, often edged by broken black and white striping. Undersides are generally a uniform yellow, becoming grey towards the throat and chin.

Naturally restricted to Te Kakahu O Tamatea / Chalky Island and the Green Islets in Fiordland. A translocation in February 2018 introduced the species to Anchor Island.

A diurnal species, which is strongly heliothermic, often observed basking cryptically within vegetation or on chalk flakes. This species is known to occur at high densities on Chalky Island, where it inhabits open coastal habitats, consisting of open herbfield, and complex prostrate vegetation.

Known to occur at high densities on Chalky Island, but likely to be solitary.

Viviparous. Little is known about this species reproductive biology, but it is likely that they give birth to at least two young between late summer and early autumn. Females become mature at ~ 60mm SVL.

Not known, but it is likely as with other small Oligosoma species that it takes both invertebrate prey as well as small fruits.

Originally thought to be restricted in distribution to an area of <1 hectare on Chalky Island, it was given the highest threat status of 'Threatened - Nationally Endangered' in the most recent threat assessment for New Zealand reptiles. Due to this limited distribution, and therefore the elevated risk of extinction due to pest incursion, or habitat degradation a translocation was carried out to Anchor Island to create an additional secure population. The discovery of an additional population on an islet 30 km to the south will probably not result in a change to the species threat status but gives a good indication of the former distribution, and is likely to influence future translocation opportunities.

It was first discovered in 2002 by members of the Kakapo Recovery Team. It was originally thought to be a point endemic species restricted to Te Kakahu O Tamatea / Chalky Island (which is where it gets its species, and common name from), but in late 2018 was discovered on a small islet 30 km to the south.

The Te Kakahu skink is one of the few described species within the cryptic skink (Oligosoma inconspicuum) complex. 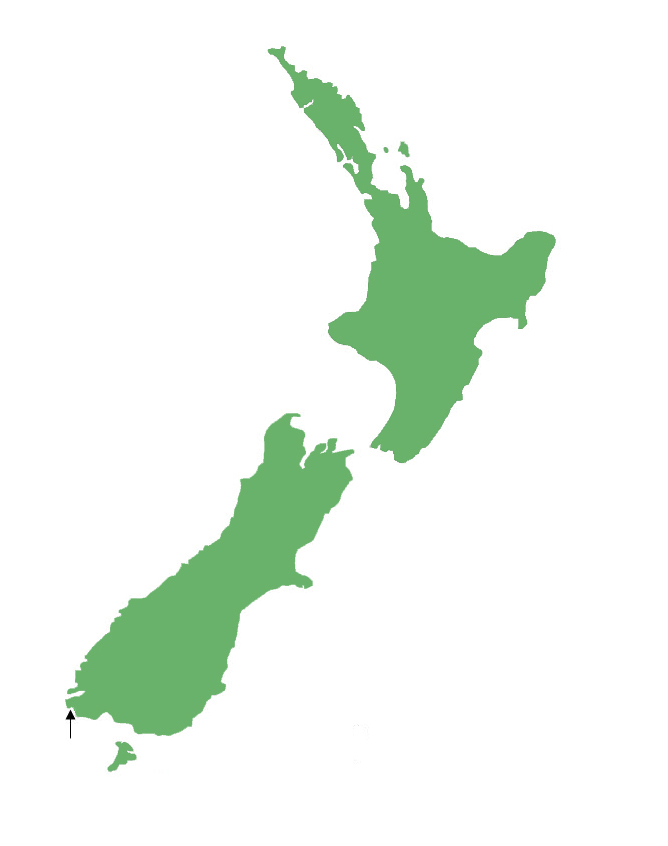 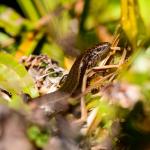 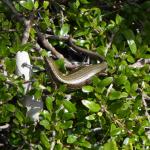 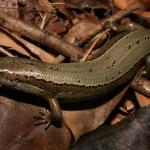 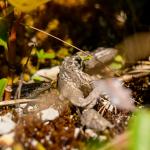 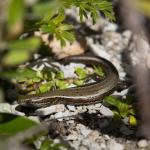 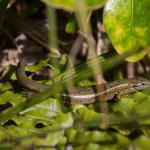