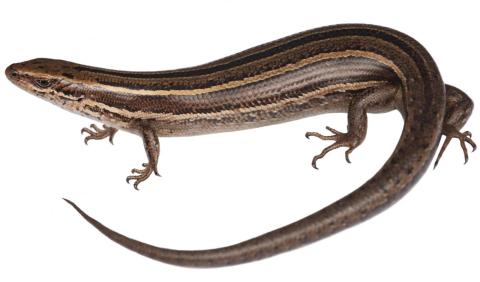 Length: SVL up to 71mm, with the tail being longer than the body length

A beautiful species of skink with a snout-vent-length (SVL) up to 71 mm.

Nevis skink typically has a dorsal surface that dark in color with deep browns or blacks, often with flecks. This species possesses a dark mid dorsal stripe, which extends from the back of the head to the base of the tail. Nevis skink typically has prominent pale cream dorso lateral stripes, which are mostly smooth edged. This species also usually bears a thick lateral band that is typically a deep brown colour. The Nevis skink has a distinctive ventral surface and is often recognizable by its mustard yellow belly, which may be lightly flecked. Its chin and throat is typically white with black speckles. Eye color cream or pale brown. This species possesses 3 supraocular scales and is closely related to the burgan skink (Oligosoma burganae) and Eyre's skink (Oligosoma repens), which possess the same number of supraocular scales (Chapple et al. 2011). Subdigital lamellae 17-23, soles of feet cream or brown (van Winkel et al. 2018; Chapple et al. 2011)

The Nevis skink is a diurnal, terrestrial, and heliothermic species. It is often found in rock piles, such as tallus, screes, or even gold tailings. It has also been found in tussock fellfield/herbfield, where there are loose rocks interspersed. This species can be found from about 700 m in intermontaine valleys to as high as 1800 m.

Unknown. However, pregnant females have been found in summer (November/December).

This species is not being actively managed. However, surveys were undertaken to understand more about population numbers and thus, assign a threat ranking (Bell et al. 2012).

This species has been known to curl its tail above its body when threatened. The tail is its most expendable body part and may distract a would-be predator (the skink could autotomize its tail and get away). 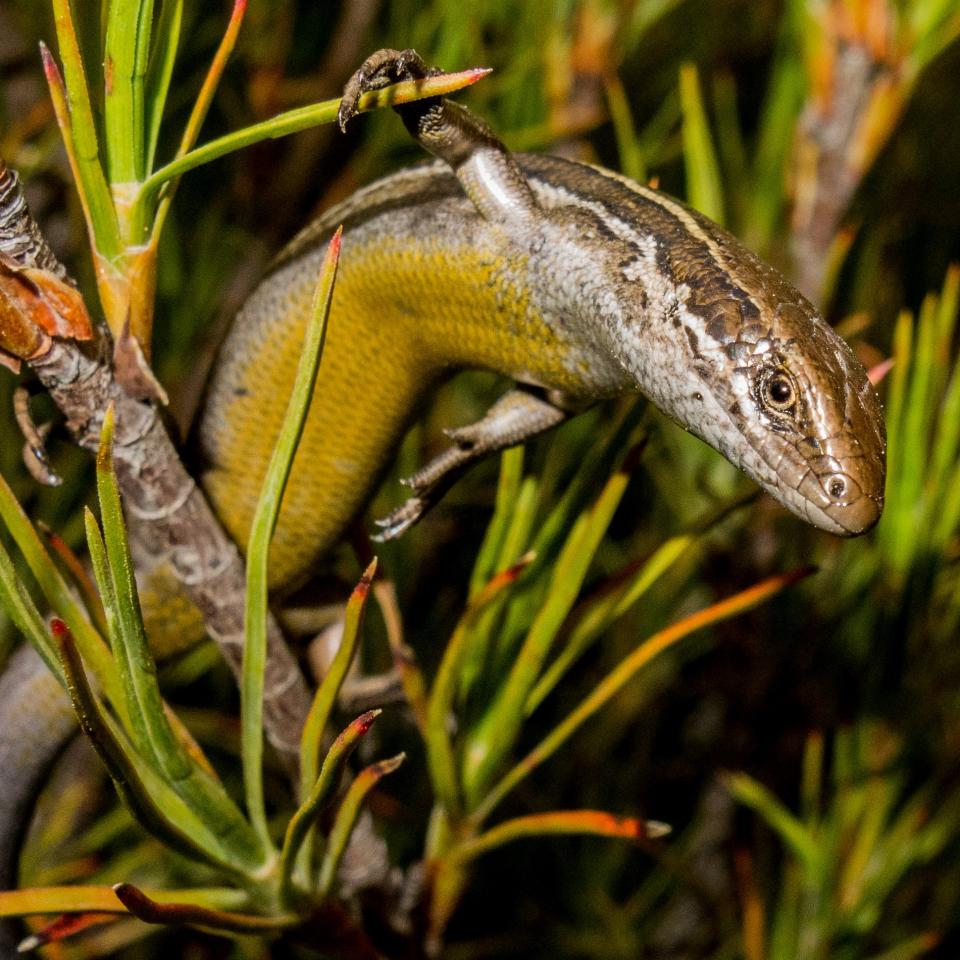 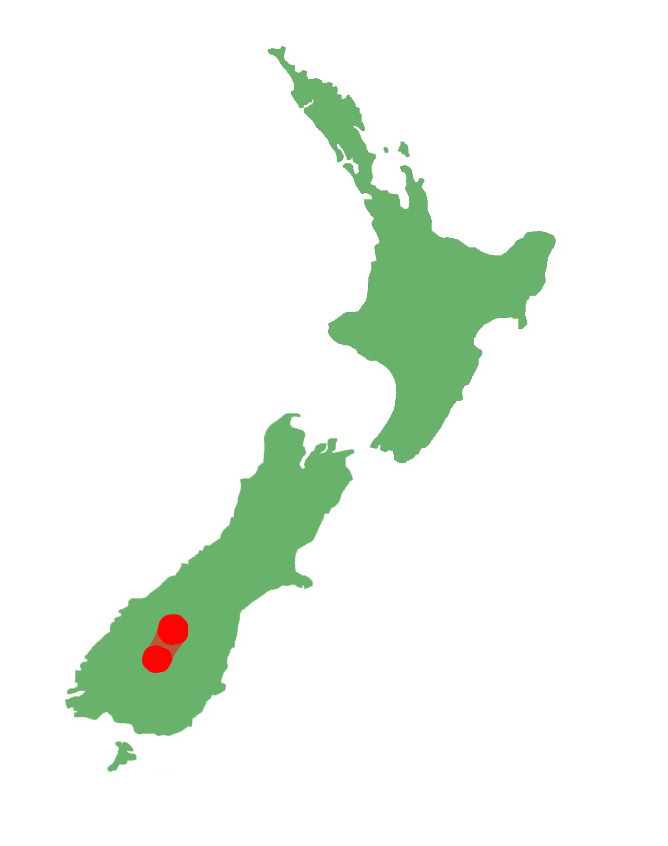 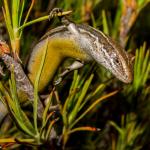 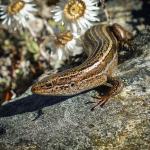 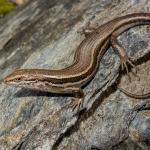 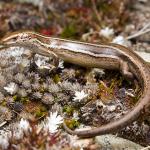 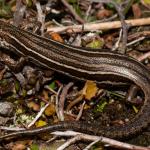 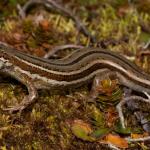 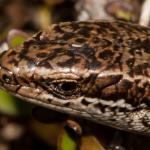 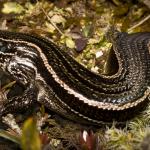