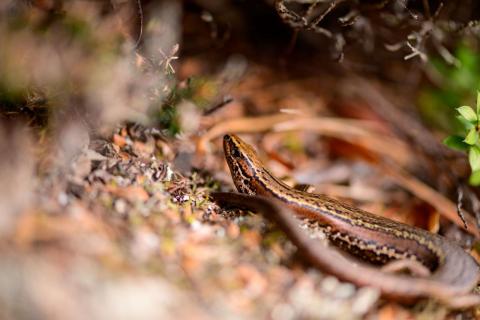 Length: SVL up to 90mm, with the tail being longer than the body

The Southern skink is endemic to Stewart Island/Rakiura, being one of the four skink species present on the island. This beautiful species is fairly widespread inhabiting almost all habitat types from the coastal dunes through to the alpine zone and is, therefore, the most likely species observed in the area.

Colouration is typically a dark walnut to a light chestnut brown on the upper surfaces, with a broad dark chocolate band bordered by fine cream stripes running along the lateral surfaces. A broken or complete mid-dorsal stripe may be present, along with cream to light golden flecking. Lower surfaces are often grey-brown to yellow, and can be uniform or have black flecking, particularly around the throat.

This species is similar in appearance to the cryptic skink (Oligosoma inconspicuum) complex that occurs on the neighbouring South Island but is geographically isolated by the Foveaux Strait. Can be differentiated by comparing the slight furrows on the dorsal head scales which are usually more deeply etched in southern skink than in any of the mainland species.

Confined to Stewart Island and some of its outlying islands (e.g. Codfish Island/Whenuahou, and Kundy Island). Present on most of the islands on the western side of Stewart Island, but is absent from many of the eastern islands.

A diurnal species, that occurs in a broad range of habitats from coastal sand dunes, to alpine herb fields.

Viviparous. Up to 4 live young born in late February-March.

As with most of our native skinks, this species is omnivorous feeding on both invertebrates (spiders, insects and amphipods), and small fruits.

Widely distributed through most of Stewart Island, however, declining on the main island due to predation by mammalian pests (rats, mice, possums, and feral cats). The introduction of Weka to some of the surrounding islets may be causing declines in some of those populations. 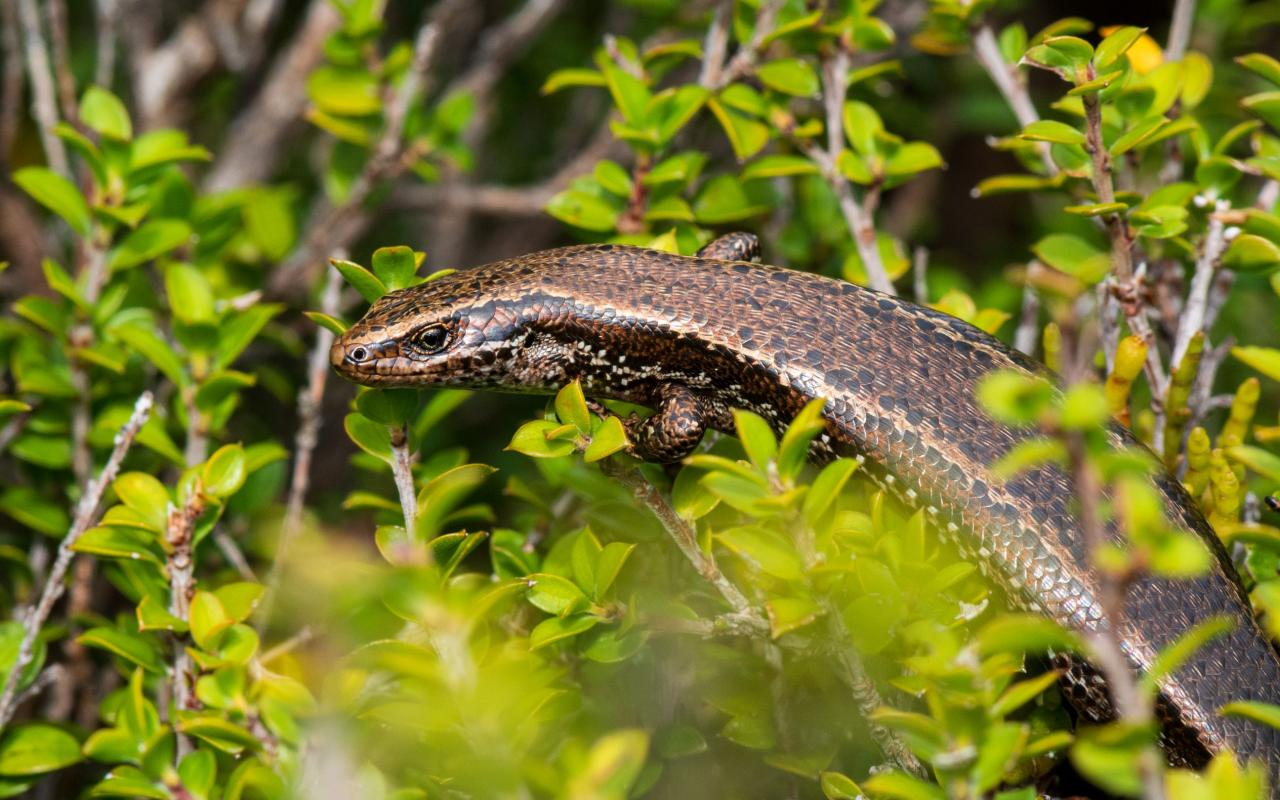 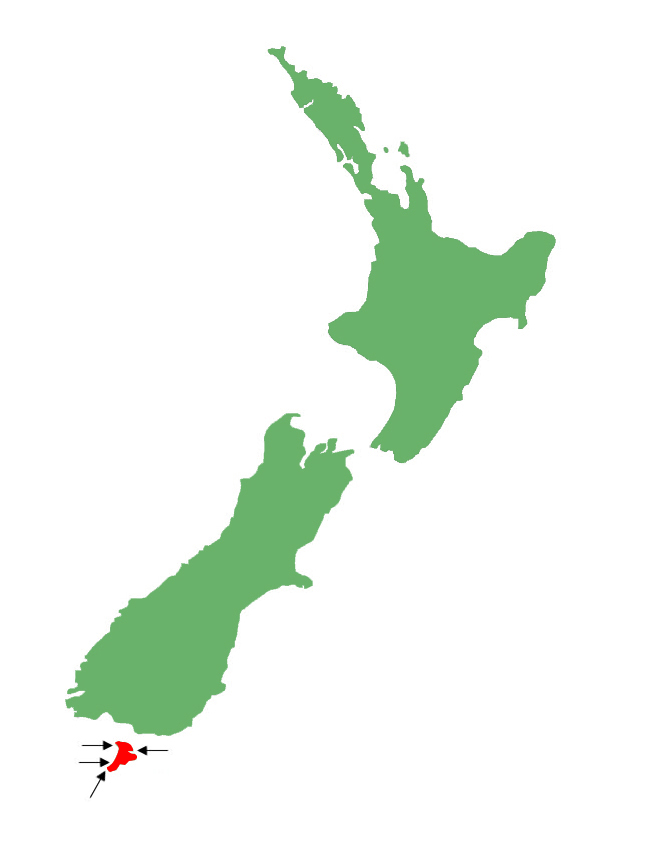 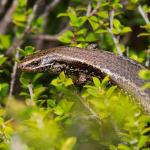 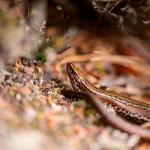 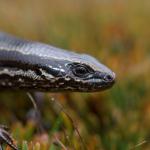 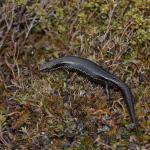 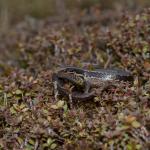 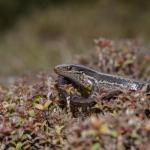 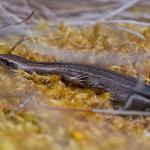 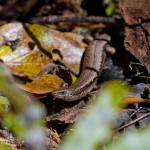 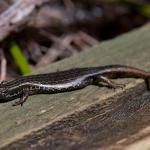