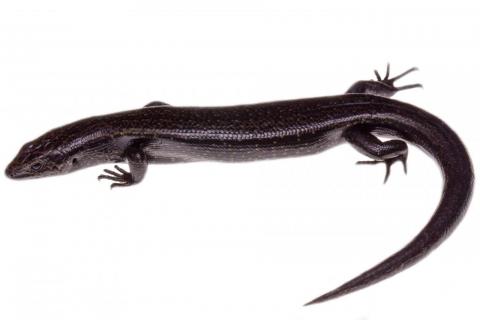 Length: SVL up to 88mm, with the tail being longer than the body length

A beautiful dark-coloured skink, which is perfectly adapted to the harsh and often violently wave-washed littoral zone of southern Fiordland.

This species is characterised by its pointed snout, along with the uniform dark glossy brown tones, which are often covered with yellow-green to iridescent green flecking / speckling over the entire upper surface of the animal. This flecking may become much more sparse on the sides of the animal giving the appearance of a broad dark brown band extending from the ear onto the tail. The lower surfaces of the animal are often mottled with a green-grey colouration and may have black speckling.

Restricted to the southern Fiordland coastline between the Nancy and Dusky Sounds.

A saxicolous, and strongly heliothermic species that can be seen moving through its rocky coastal habitat during the day, and quite often seen congregating at basking sites. This species primarily inhabits the littoral zone in Fiordland including the exposed rocky foreshore, boulder beaches, and low-growing coastal vegetation on the edge of those habitats. Retreats to deep rock fissures and below boulders when inactive. Known to dive into rockpools when disturbed, and may also do this when looking for prey.

Fiordland skinks are communal baskers, having a propensity to stack on top of each other in the most suitable basking sites. They tend to reach high densities where they occur and may utilise the same refugia when not active.

Viviparous (live-bearing), with 2-6 young born between January and March.

The Fiordland skink as with other skink species is omnivorous in nature, it primarily feeds on small coastal invertebrates (amphipods, small snails, etc.), but may also take small fruits from some coastal plant species. It is likely that Fiordland skink would feed on carrion washed into its coastal habitats (dead fish, and birds).

Listed by DOC as "Threatened - Nationally Vulnerable". There is no active management of this species.

The Fiordland skink along with the Egg-laying (Oligosoma suteri), Shore (Oligosoma smithi), and Tātahi skinks (Oligosoma "Three Kings, Te Paki, Western Northland") are specially adapted for life in the wave-dominated coastal environments. As such these species have adapted a similar appearance (oftentimes dark colouration, with a pointed snout), and share a strong affinity for swimming and being submerged underwater(up to 5 minutes). 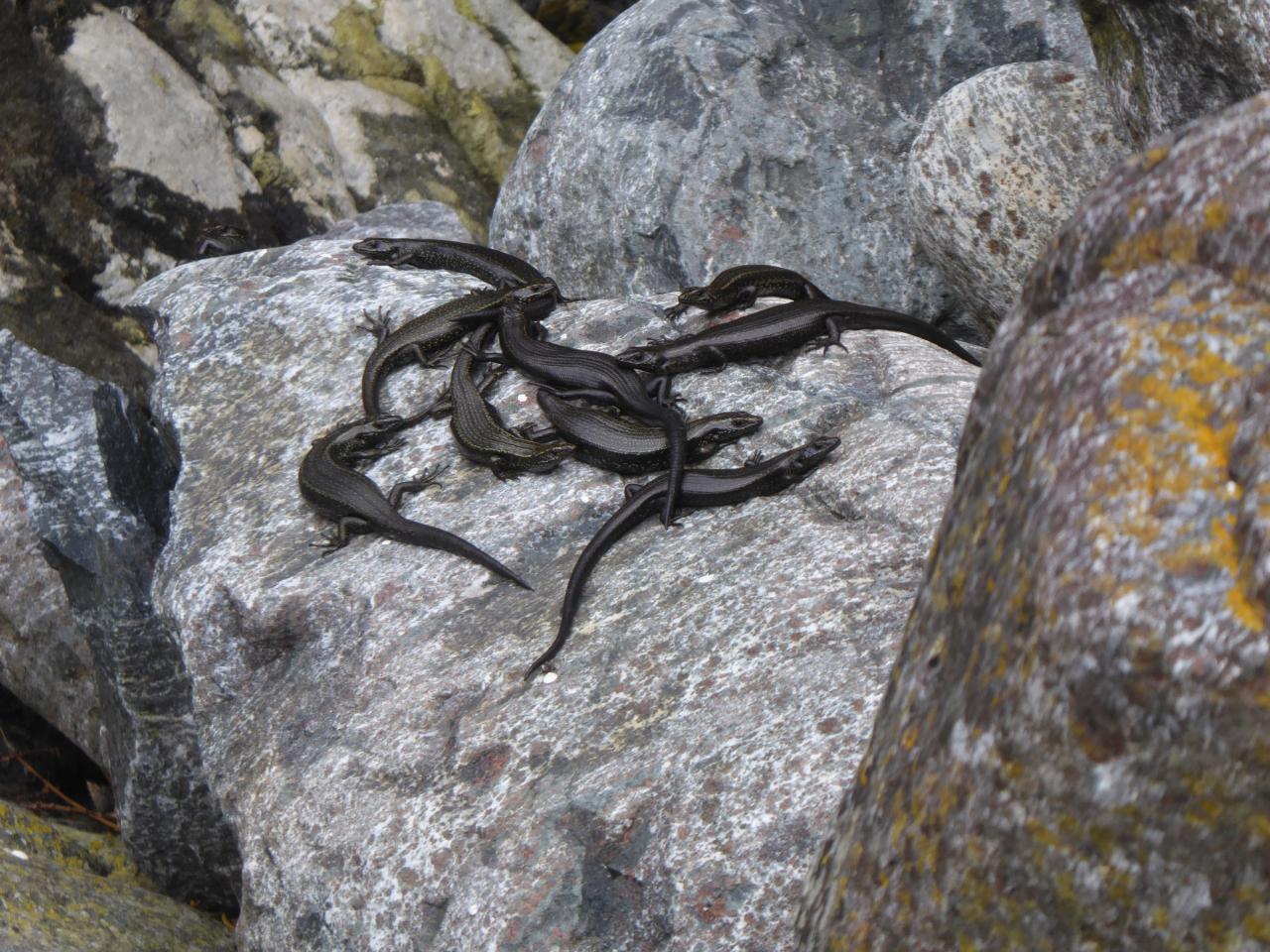 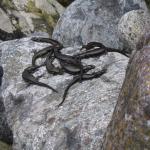 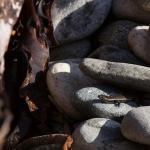 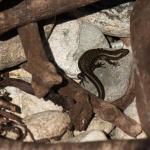 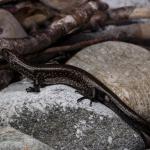