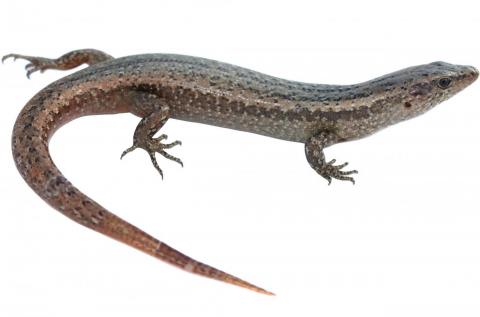 Length: SVL up to 80mm, with the tail being longer than the body length

A beautiful, and often intricately marked species that inhabits coastal habitats along the west coast of Auckland and Northland.

They are highly variable ranging in colouration from golden-brown through to black, with heavy golden, white, or black flecking. A pair of pale or golden-brown dorsolateral stripes extend from the base of the head to the tip of the tail but may break up or become indistinct partway down the body. The sides of the body are dominated by dark brown bands (often flecked with white or gold) that start at the nostrils and follow the lower edge of the dorsolateral stripes onto the tail. The lower portion of the sides are often heavily flecked with white, gold and brown. The undersides can be a uniform cream, grey, pink, orange or pale yellow with or without black speckling; the throat and chin are often cream or grey with black speckling.

Similar in appearance to the shore skink (Oligosoma smithi), but geographically isolated.

Unknown, but likely similar to the Shore skink (Oligosoma smithi).

Restricted to the west coast of the northern North Island from Muriwai Beach (Auckland) to North Cape (Aupōuri Peninsula). This species is also found on several islands in the region including Motuopao, and Manawatāwhi / Three Kings Islands.

The Tātahi skink shares a similar niche to the shore skink (Oligosoma smithi) being terrestrial, conspicuous, and diurnal. It inhabits all coastal habitats along the west coast of the upper North Island including sand dune systems, boulder beaches, rock talus, rock platforms, scrubland, and rank pasture. As with other coastal skink species, the Tātahi skink has a high tolerance for salt.

Largely unknown, but likely to be solitary.

The Tātahi skink is omnivorous in nature, feeding on small coastal invertebrates (amphipods, earwigs, beetles), and the small fruits from some coastal plant species. It is likely that Tātahi skink feed on carrion washed into coastal habitats (dead fish, and birds).

Listed by DOC as "At Risk - Declining". There is no active management of this species, however, they would benefit from further protection of coastal habitat from human modification, and the impacts of pest plants and animals.

This species was originally considered a unique clade of shore skinks (Oligosoma smithi), however, genetic studies in 2008 discovered that there was a deep historic separation between the east coast (shore skink) and west coast (tātahi skink) animals, resulting in Tātahi skinks being managed as a separate species. 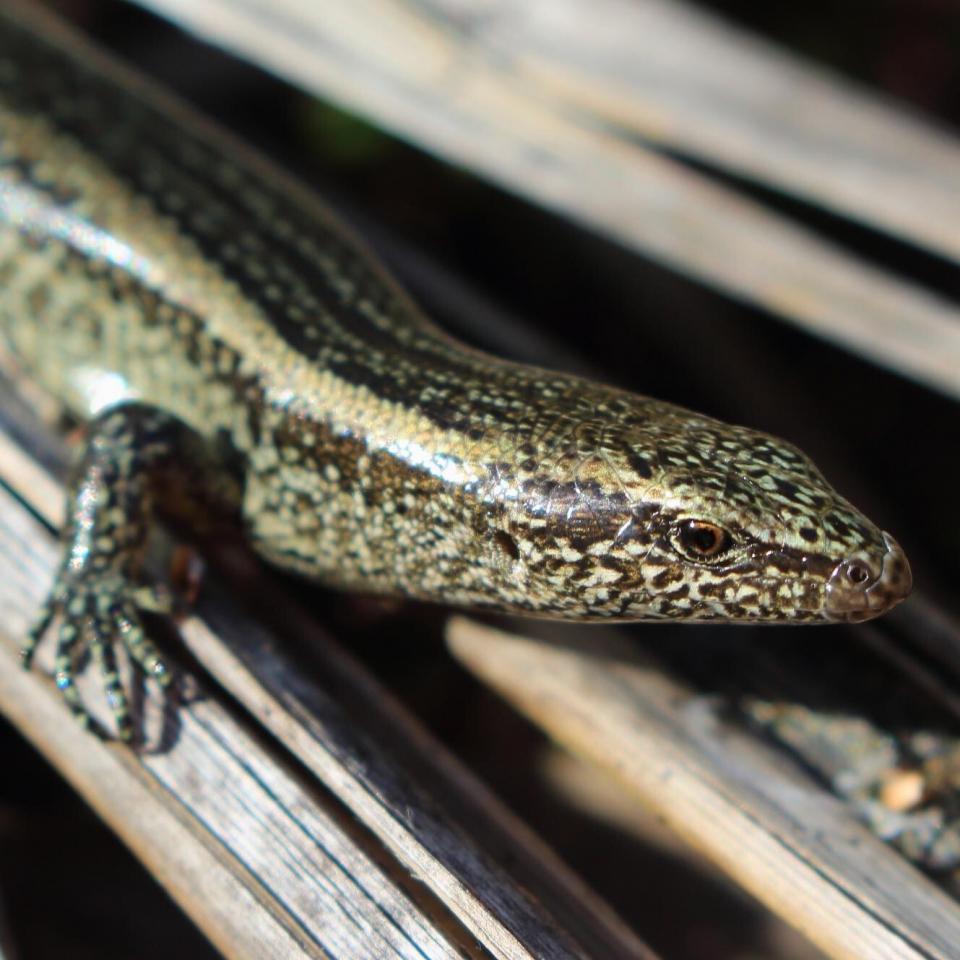 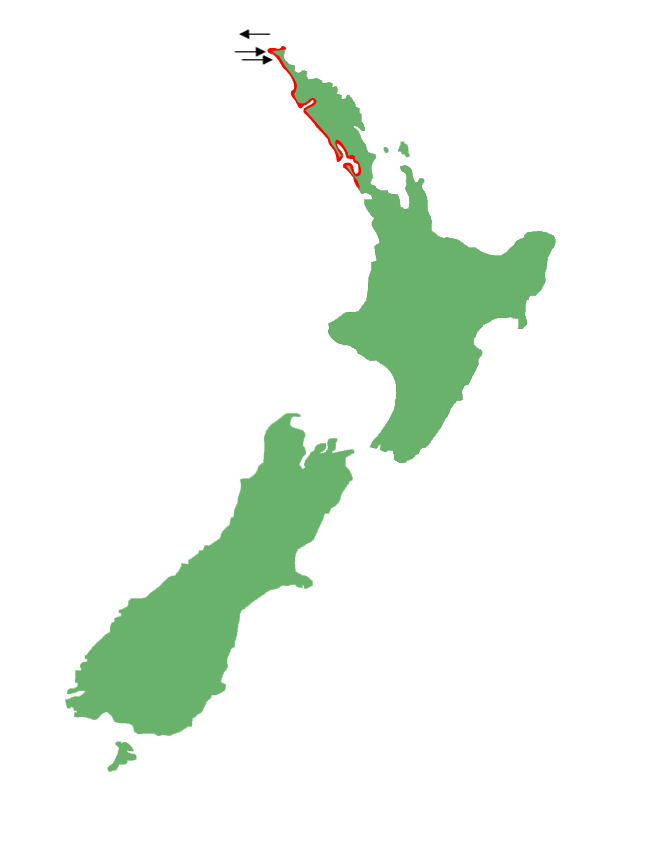 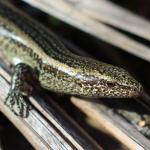 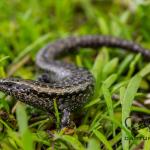 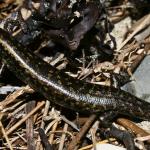 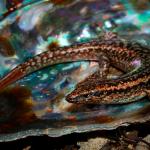 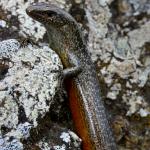 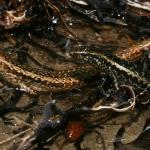 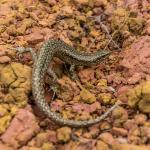 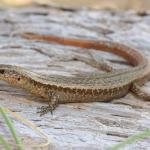 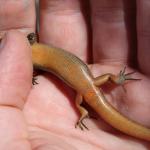