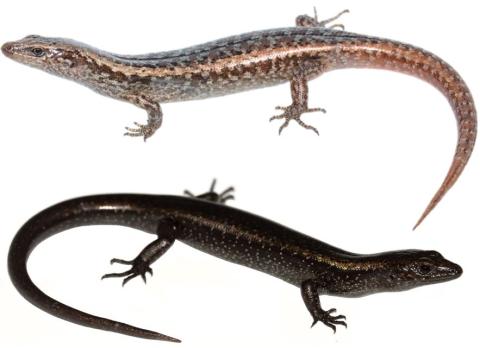 Length: SVL up to 82mm, with the tail being equal to or shorter than the body length

A beautiful and highly variable species of skink that calls the coastlines of the north-eastern North Island home.

This species is unique in that it showcases distinct colour, and pattern variations between populations, with said colour and patterning often being dictated by the habitat that a given individual occurs in. Individuals found within sandy beach/dune systems usually range from pale grey/cream, through to dark brown with an orange tail, whilst those found on pebble beaches and rocky coastlines tend to be uniformly black, although they may also exhibit gold, bronze, or green tones on the dorsal surfaces.
Individuals occurring in sandy habitats often exhibit a dark stripe down the spine, as well as a broad dark stripe along the flanks which may be bordered by a narrow pale stripe above, and less often, below. The throat of these individuals is also often grey or cream with dark flecking.
As with the dorsal surfaces, the stomach colouration is dictated by habitat, ranging from cream/yellow to pinkish/red in sandy habitats, whilst animals in rocky habitats exhibit grey or black colouration.

Easily confused with its sister species, the Tātahi skink (Oligosoma "Three Kings, Te Paki, Western Northland"), which occurs along the west coast of Auckland up to the tip of the Aupōuri Peninsula. Although morphologically indistinguishable for the most part, this species tends not to overlap, and thus can typically be identified based on location - Tātahi skink on the West Coast vs. Shore skink on the East Coast.

Not well known, but likely to be at least 10 years.

Shore skinks are for the most part restricted to coastal habitats along the north-eastern coast of the North Island, including the majority of its offshore islands.

Being a coastal specialist shore skinks have evolved to inhabit a variety of different habitats along our coastline. They are often associated with open habitats such as dunelands, where they can extend up to 200 metres into the back dune, but can also be found in much narrower habitat bands including rocky coastal platforms, and pebble/boulder beaches. They often utilise debris washed up onto the high tide mark as refugia, including driftwood, beach-wrecked animals, and clumps of seaweed.
Shore skinks are primarily diurnal and as such are often conspicuous, being avid sun baskers, but as with other skinks they will retreat quickly if disturbed. Shore skinks have been observed diving into rockpools.

Shore skink are ovoviviparous giving birth to litters of 4-6 young from January to March. As with other skink species, mating can appear to be fairly aggressive, with the male biting the head and neck of the female during the process.

Shore skinks, as with most of our skink species, are primarily omnivorous feeding on invertebrates, and small fruit produced by low growing plant species. Individuals living in narrower habitat bands or on stony beaches tend to forage much more in the intertidal zone than their dune system congeners do. These individuals are thus likely to ingest prey with significantly higher salt levels, and thus may have specific adaptations that allow them to excrete excess salts, similar to other coastal reptile species.

The endoparasite Hedruris minuta have been found in shore skink. The blood parasite Hepatozoon lygosomarum has also been recorded from this species.

The specific name 'smithi', references Lieutenant Alexander Smith of the British Royal Navy who took part in an expedition where the original specimens were collected in the 1840s.

McCann assigned two subspecies (O. s. smithi and O. s. numerale), however, genetic studies (Hare et al. 2008) did not support the notion of separate species. Instead, multiple clades (groups of organisms with a common ancestor and all its lineal descendants) within the species were identified: Clade 1, being the Tātahi skink (Oligosoma "Three Kings, Te Paki, Western Northland"), Clade 2a being restricted to the Hauraki Gulf and the eastern Coromandel Peninsula, Clade 2b being restricted to the Bay of Plenty from Tauranga to East Cape, and Clade 2c being restricted to eastern Northland and the Poor Knights Islands. 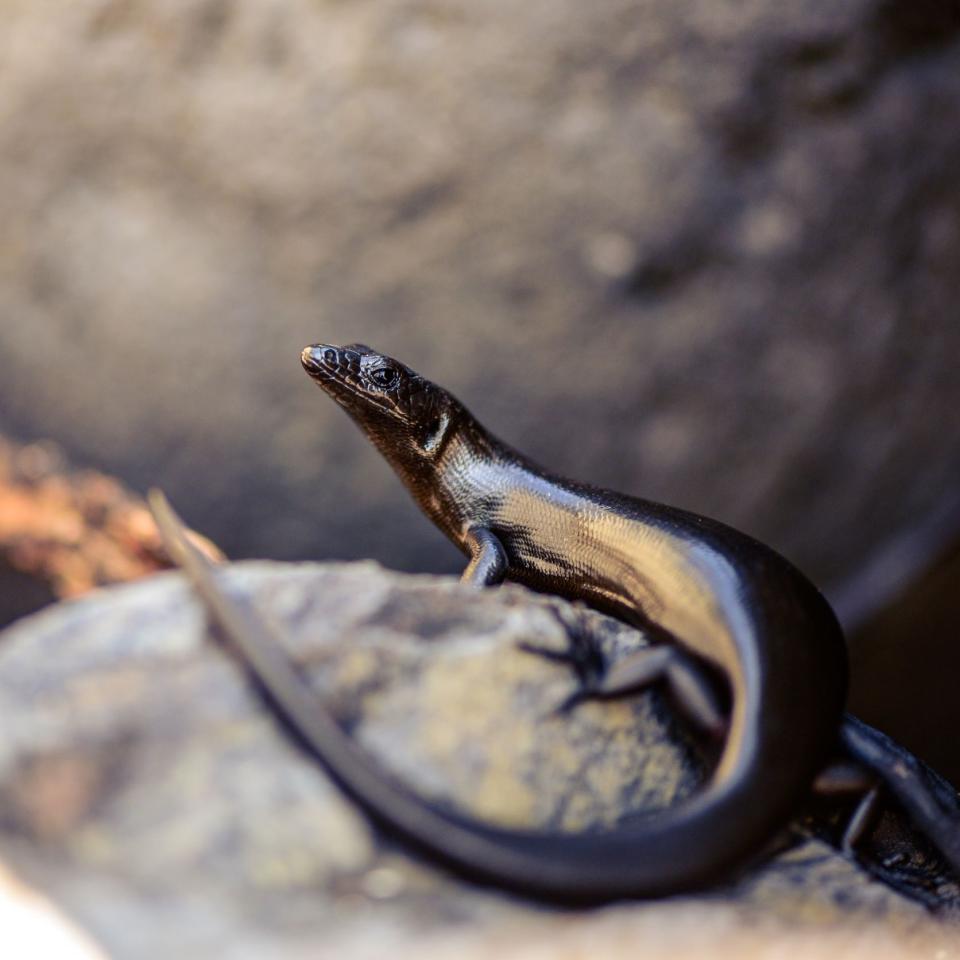 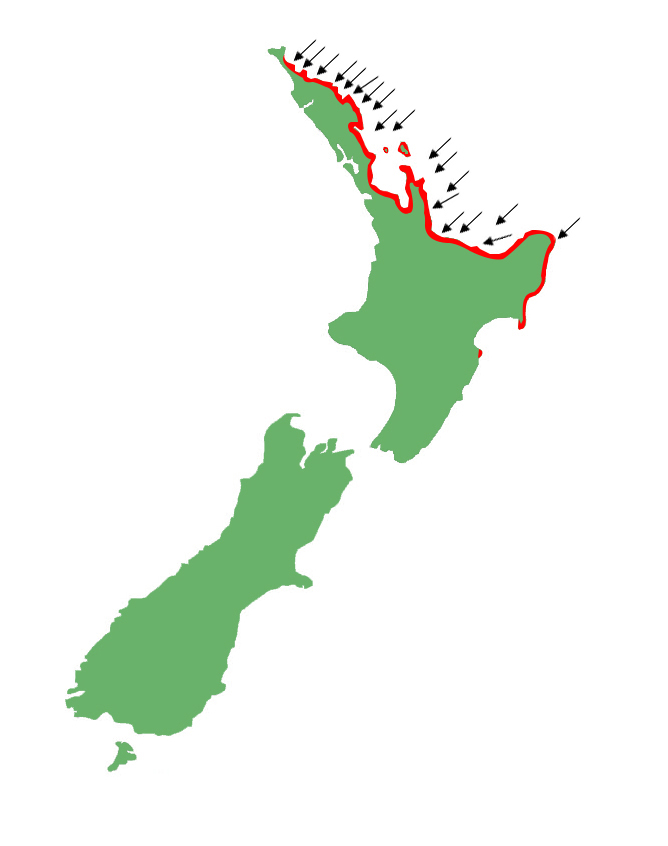 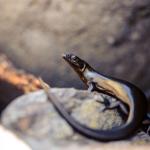 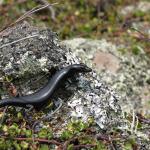 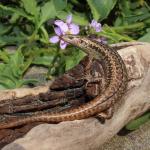 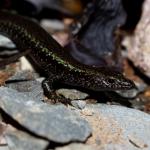 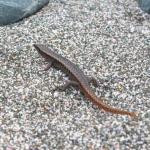 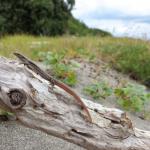 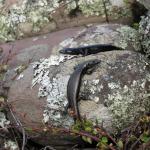 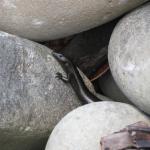 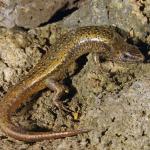 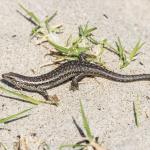 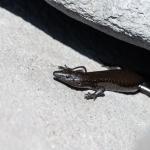 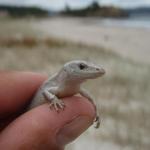 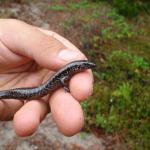