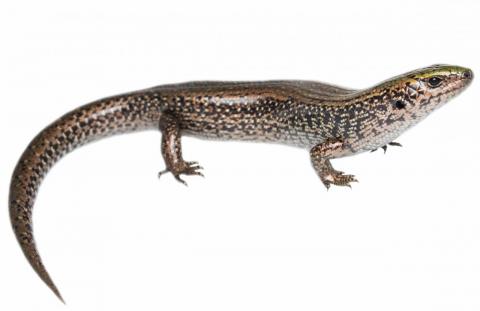 Length: SVL up to 113mm, with the tail being slightly longer than the body length

A particularly large and beautiful species which has been measured up to 113 mm SVL, and is robust in build with a short deep snout and short, powerful limbs. The back ranges from light or dark brown through to olive, and to deep emerald green, and is decorated throughout with regular dark-edged white or pale green spots, and more irregular black flecking. The sides are grey with a profusion of black flecking, and the belly light grey with dark speckles. The eye is black or dark brown (Jewell 2008).

No data, but observation of size cohorts indicates that full size is probably attained after at least 5 or 6 years of growth.

Naturally ranged widespread across the lowlands and hill country of Southland, between the Waiau and Clutha Rivers, and on at least some of islands in Foveaux Strait. Today is confined to just a handful of tiny and highly isolated population remnants.

Lives primarily among lowland wetlands, dunes and tussock grasslands, but has also colonized some low-elevation rocky hills following the historical clearance of their forests. Specimens typically live beneath dense vegetation such as flax bushes and snow tussocks, or may occupy and enlarge invertebrate burrows (and also abandoned mouse burrows), or even excavate their own shallow tunnels beneath stones and other debris. Southland green skinks rarely climb, staying close to the ground. They are avid sunbaskers, typically finding a patch of open ground or a pile of dead flax leaves to bask on, but retreat to cover if disturbed and for such a large skink are surprisingly quick (pers. comm. Tony Jewell 2021).

Today is so rare that specimens are usually found solitary, but as recently as the 1990s, when numbers were greater, observers would note small colonies sharing a single retreat site or all sunbasking around the base of the same flax bush. Such groups could consist of two or three adults and up to three generations of young. They may well have been family groups (pers. comm. Tony Jewell 2021).

Limited observations suggest young are born in about February or March, and that litter sizes are small at around 1-4. Adults can attain reproductive maturity at as little as 80-85 mm SVL.

Takes a range of invertebrate prey including subterranean grubs and worms, as well as small skinks. It is unknown if any plant material is consumed but small berry-producing subshrubs are often a prominent feature of Southland green skink habitat.

A severe decline in both the distribution and abundance of this species has been noted over the past three decades. Most small population remnants that were recorded in the 1990s are now variously known or suspected to be extinct, and the few larger populations from that time are today greatly reduced in extent and abundance. The Department of Conservation has recently revised the status of the species from ‘At Risk – Declining’ to ‘National Critical’ which may help secure funding for surveys and to assess and implement management options.

Southland green skinks can achieve reproductive maturity at a size much smaller than their final adult length, indeed as little as 80 mm SVL, which is just as well because the big 100+mm specimens are rarely seen anymore, presumably being more vulnerable to introduced predators. Some newborn specimens look quite different to adults, with a reddish tail and blackish sides and belly, but gradually change into their adult colours over a period of several years. 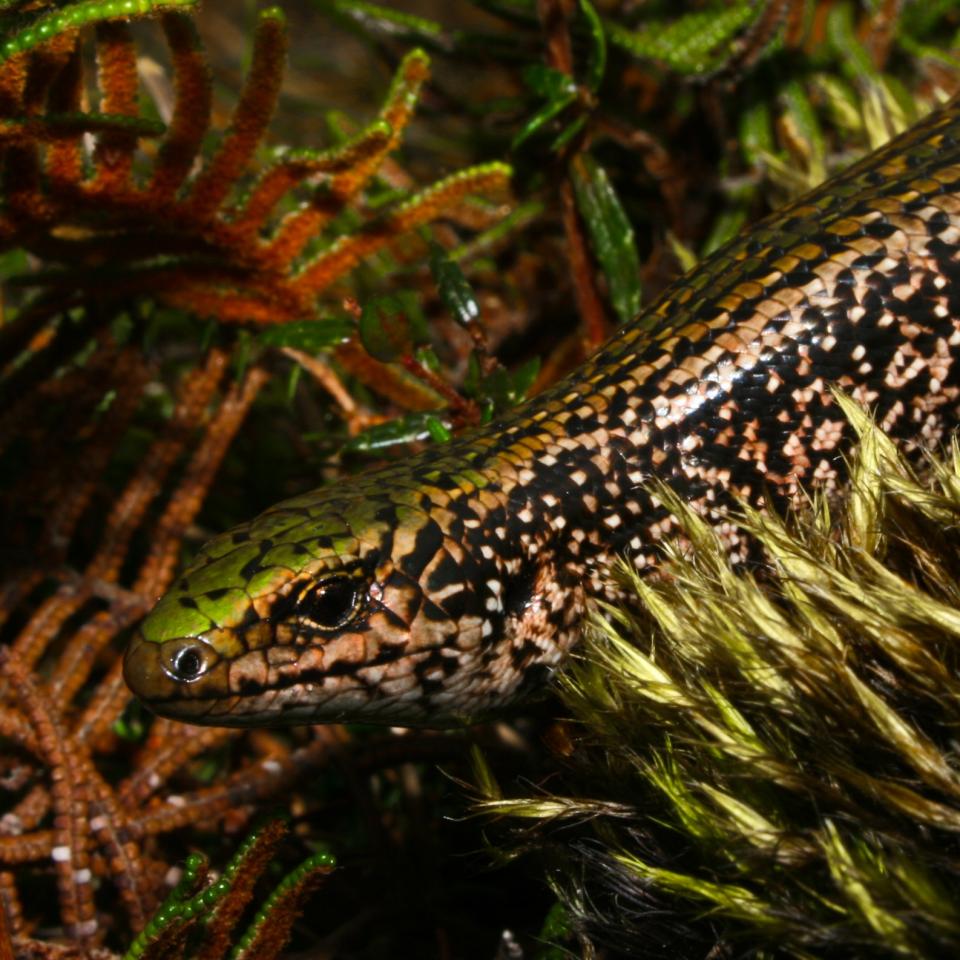 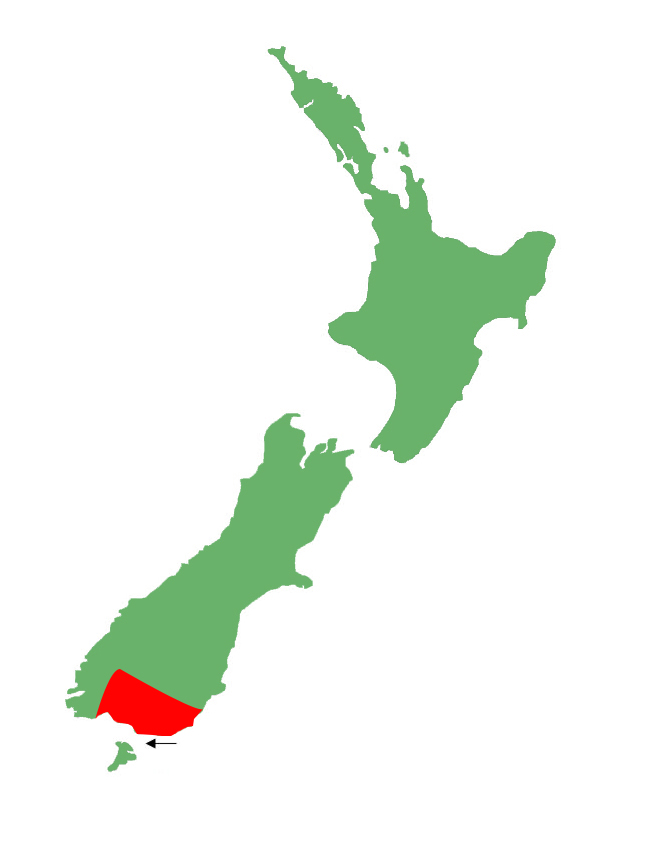 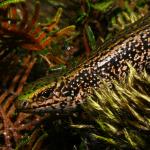 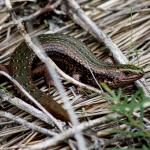 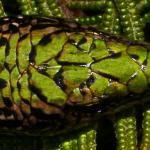 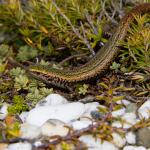 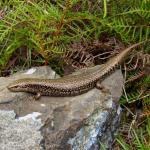 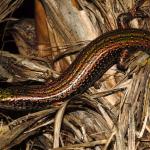 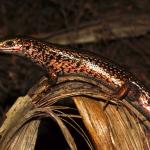 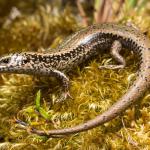