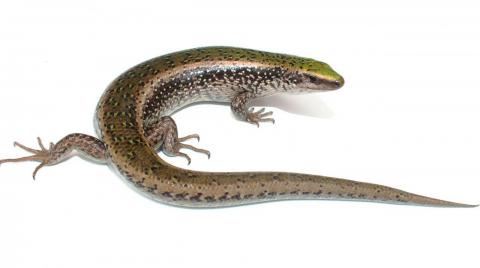 Length: SVL up to 110mm, with the tail being longer than the body length

A large, and beautifully marked green or bronze coloured skink from eastern Otago.  Dorsal colouration can range from brown to iridescent green, with ocelli (eye-like markings) or black dots running along the body onto the tail. The lateral surfaces of this species consist of a dark band running the length of the body which is often bordered by pale brown or cream stripes above. Below the lateral band, the pattern breaks into heavily flecking consisting of black, and white / cream markings, which fades to grey on the underside. The stomach is often grey and can have varying amounts of black flecking.

Not likely to be confused with any of the co-occurring species due to its unique colouration, and relatively robust build. Closely related to the Lakes skink (Oligosoma aff. chloronoton "West Otago"), and Green skink / Southland green skink (Oligosoma chloronoton), but can be differentiated by its more slender build, and gracile snout ((Southland) Green skink are more robust), as well as by its dorsal colouration and lateral markings (Lake skink are much drabber in comparison).

Occurs in Otago, and potentially northern Southland. Restricted to the areas east of Lake Wakitipu through to the Otago Peninsula. The northern extent of this species is thought to be the Hawkdun Range, but the southerly limit is poorly understood with populations potentially occurring in the Old Man Range and Garvie Mountains.

Otago green skinks are a diurnal heliothermic species, however, they will often bask cryptically under vegetation. They inhabit a wide range of habitats (tussock grasslands, screes, and shrubland) from the coast to the alpine zone, but are typically associated with damp gully systems and habitats that have a mix of rock piles and dense woody vegetation.

Largely unknown, but likely to be solitary.

Viviparous. Little is known about its breeding biology, but likely to be similar to the closely related Green skink /  Southland green skink (Oligosoma chloronoton) e.g. 1-4 young born in late summer.

In common with other species of New Zealand skink, the diet of Otago green skinks includes a wide range of invertebrates, and the berries / fruit of native plant species.

Otago green skinks are regarded as 'At Risk - Declining'. This species is declining in areas with minimal pest control due to its relatively large size, and therefore its resulting susceptibility to predation from rats, stoats, etc. Habitat degradation is also a major factor in many lowland sites, but they still persist in reasonable numbers in more remote alpine habitats. This species is not currently being managed. 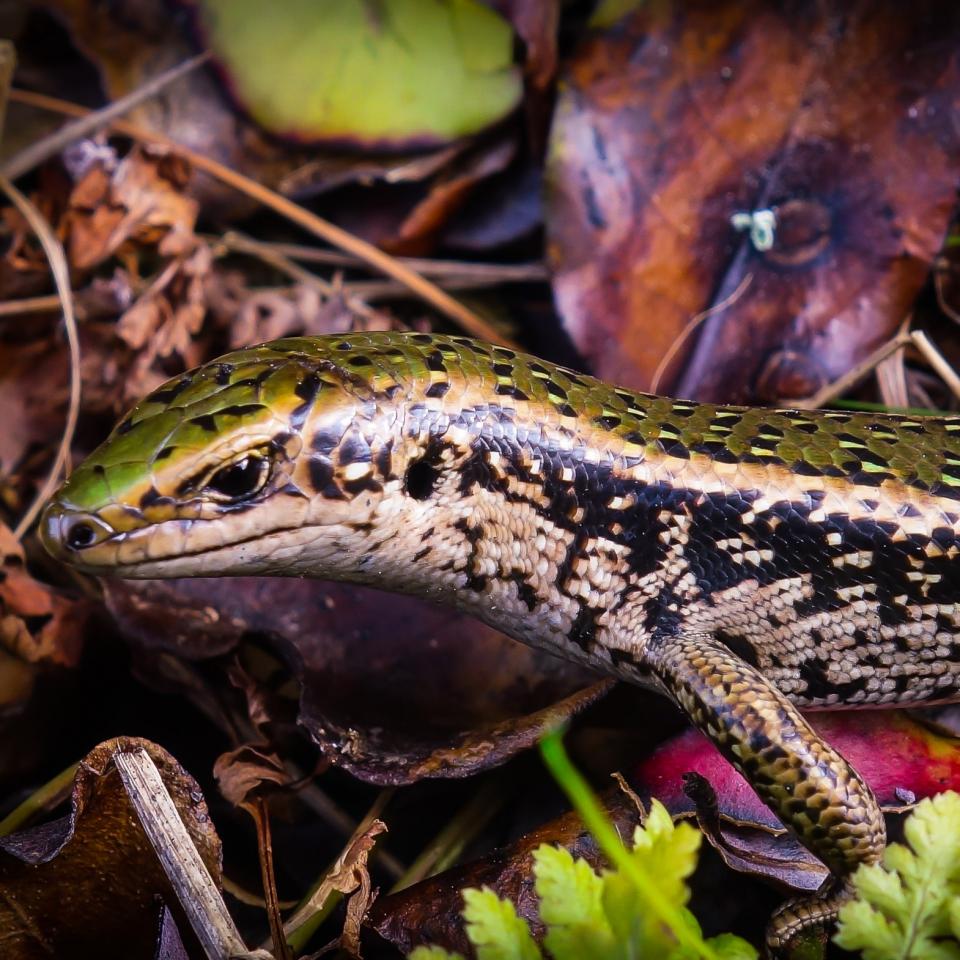 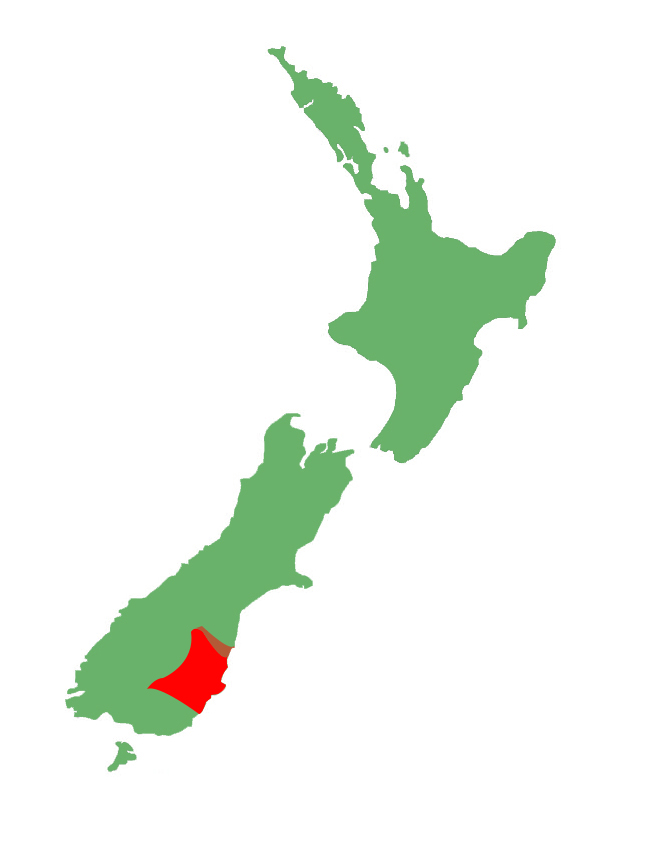 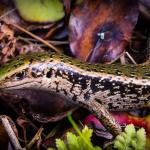 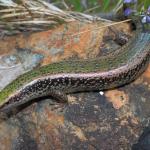 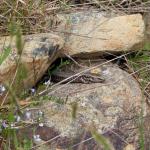 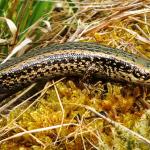 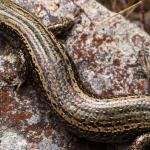 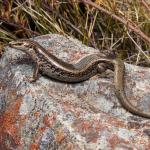 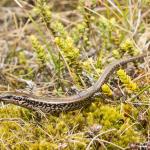 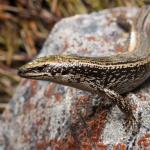