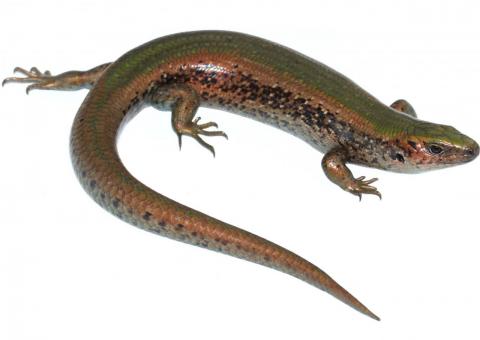 Length: SVL up to 125mm, with the tail being equal to or longer than the body

A stunning green skink found on Stewart Island and its outlying islands. It is by far the largest species of skink occurring in this region.

Their colouration can range from brown to olive green, and they may have crescent-shaped ocelli (eye-like markings) running along the body onto the tail. It is more common for ocelli to be absent, and for these to be replaced by crescent-shaped black flecking. Individuals in dune systems tend to be weakly patterned, whilst animals in wetlands tend to be much more heavily flecked. The lateral surfaces of this species are often heavily flecked with black, gold and white/cream markings, fading to grey on the underside. The stomach is often grey and can have varying amounts of black flecking.

Not likely to be confused with any of the co-occurring species due to its significantly larger size, and bright green colouration. Closely related to the Southland green skink (Oligosoma chloronoton), but can be distinguished by its much more robust build, and its tendency to lack clear ocelli

Confined to Stewart Island and its outlying islands (Codfish Island / Whenuahou, etc.). It is becoming exceedingly rare on Stewart, but is still common on the pest free offshore islands such as Codfish / Whenuahou.

A diurnal species, which occurs in a variety of habitats including dune systems, wetlands, and forest margins.

Viviparous. Little is known about its breeding biology, but likely to be similar to the closely related green skink /  Southland green skink (Oligosoma chloronoton) e.g. 1-4 young born in late summer.

As with most of our native skinks, this species is omnivorous feeding on both invertebrates (spiders, insects and amphipods), and the small fruits of native plants.

Stewart Island green skinks are regarded as 'Threatened - Nationally Vulnerable'. This species is declining on the main Stewart Island due to its large size, and therefore higher susceptibility to predation from the suite of mammalian predators (rats, possums, and feral cats). 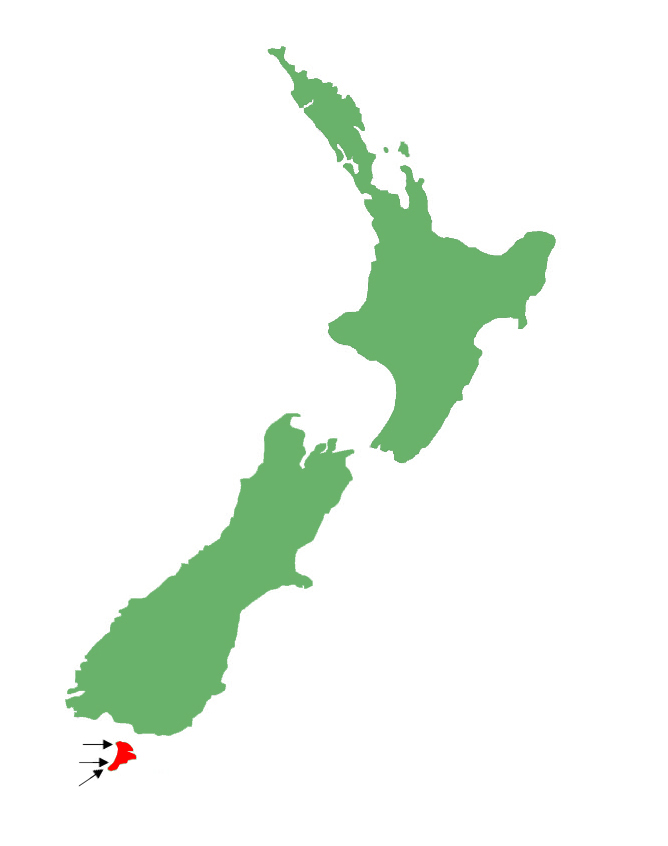 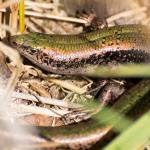 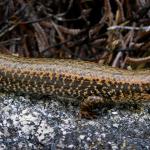 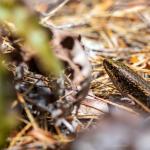 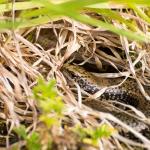 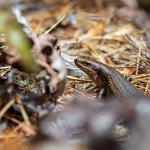