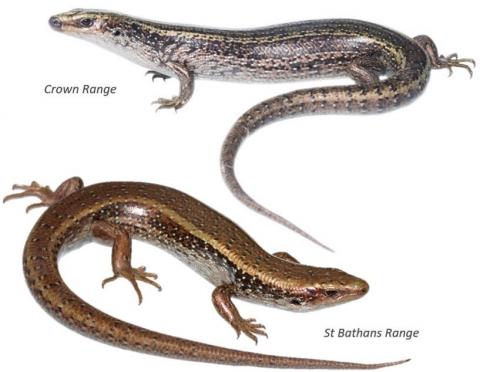 Length: SVL up to 110 mm, with the tail being longer than the body length

A beautiful species of large skink in the green skink complex (Melzer et al. 2017) with a snout-vent-length (SVL) up to 110 mm.

Lakes skinks typically have a brown to green dorsal surface that is flecked with pale ocelli, which are often edged with black. This species also typically possesses cream to brown dorsolateral stripes and prominent brown lateral bands running from the snout to the rear legs. The ventral surface is typically uniform pale grey or white.

Found south of the Pukaki river in South Canterbury, throughout much of Western Otago (particularly the Southern Lakes District), and inland western Southland (e.g. Eyre Mountains and Tākitimu Mountains).

Lakes skinks are a diurnal heliothermic species, however, they will often bask cryptically under vegetation. They are terrestrial/ saxicolous, and typically inhabit lowland or alpine tussock grassland, riverine debris (eroded stone), and screes/talus with woody vegetation (van Winkel et al. 2018; Jewell 2008). They are often associated with very damp basins and gullies. Lakes skinks feed on a variety of invertebrates and probably the berries and fruits of small plants.

Little is known about their reproductive behavior; however they are probably annual breeders (at least in lowland areas). Gravid females have also been reported in February (van Winkel et al. 2018).

Largely insectivorous, although presumably feeds on fruits and nectar sources.

This species is not currently being managed. 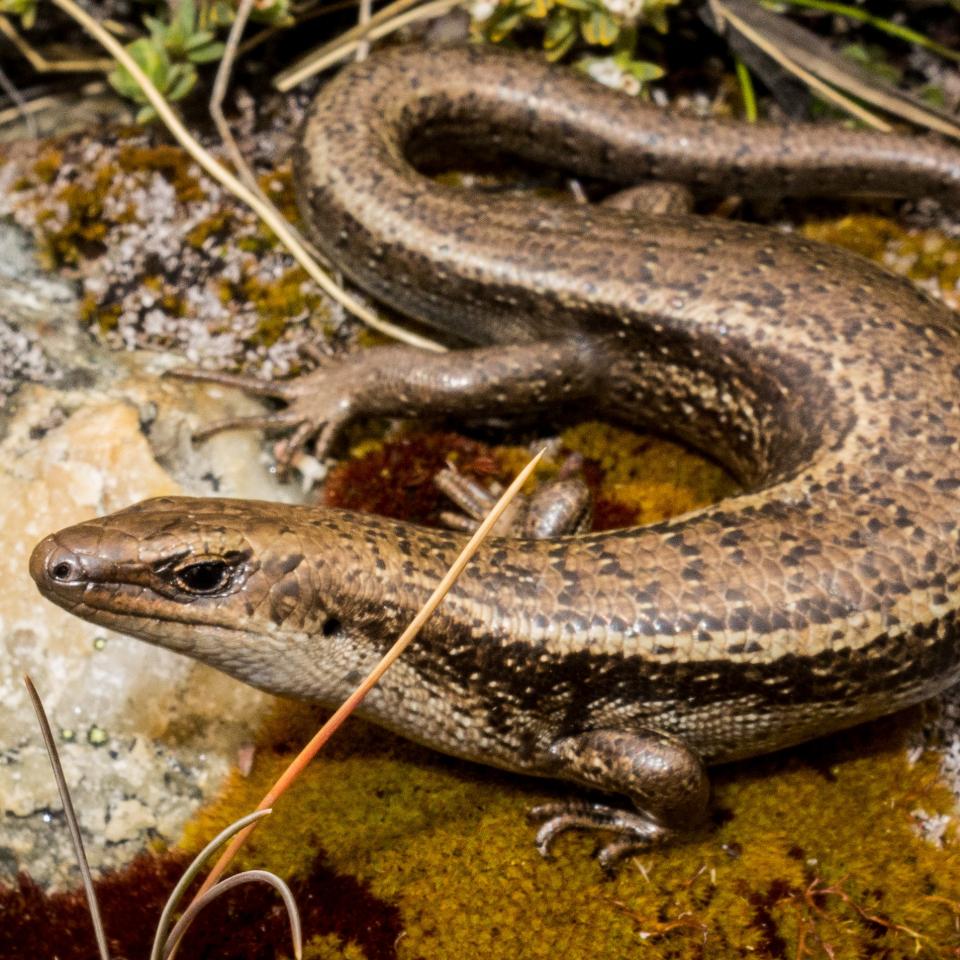 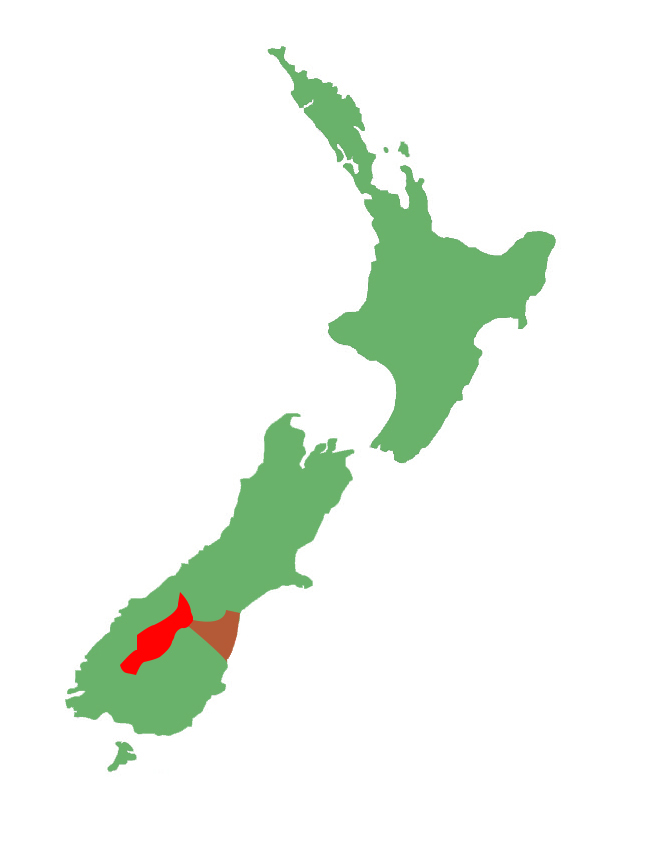 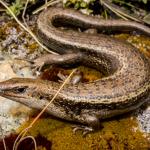 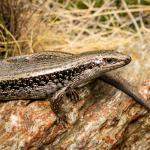 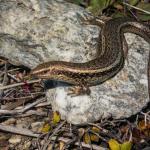 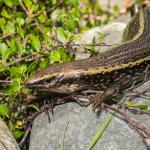 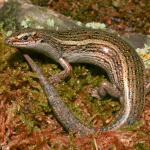 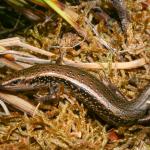 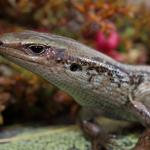 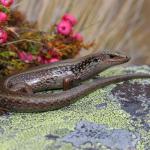 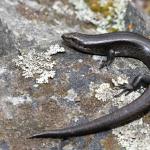 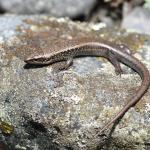