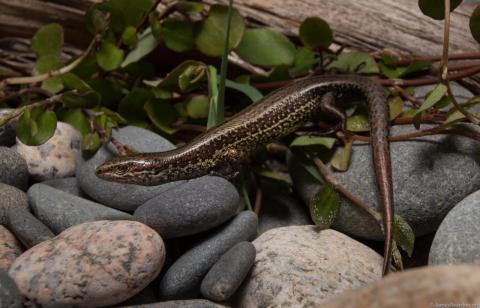 Length: SVL up to 67mm, with the tail being longer than the body length

A relatively small lizard from the speckled skink group. Cobble skinks became well-known following 2016 when the entire known population had to be rescued from Cyclone Gita which eventually wiped out their only known habitat.

Snout is short and rounded, eyes are relatively large compared to related species. Dorsal surfaces are golden to dark brown, with or without a mid-dorsal stripe. When present a series of irregular pale flecks often run down either side of the mid-dorsal stripe, but the rest of the dorsum is otherwise unmarked. On the tail, pale blotches become more regular and aligned in rows. Lateral surfaces with a broad mahogany-coloured lateral stripe, which is crenulated at the edges, with regular paler flecks at the edges, and bordered above and below by paler stripes. Throat is grey and ventral surfaces are yellow, both are heavily flecked with black with finer flecking on the throat. Lacks white stripe on forelimb.

Formerly known from a small patch of vine-covered cobble habitat on the beach at Granity on the South Island’s West Coast. Entire known population is now in captivity, and Cobble skinks are considered to be extinct in the wild.

Cobble skinks are a secretive species. They are diurnal and heliothermic, but will usually bask cryptically near rocky cover.

Females are presumed to give birth to around two offspring annually.

Cobble skinks are insectivorous and feed on a range of small invertebrates. In common with related species of New Zealand skinks (Oligosoma spp.), Cobble skinks may potentially feed on the fruit of native plants such as Muehlenbackia spp.

In 2016, Cyclone Gita threatened to wipe out the population / habitat of cobble skinks. In response the entire population (36 skinks) were rescued from the wild and a captive population established at Auckland Zoo.

Following the rescue, cobble skinks have bred in captivity at Auckland Zoo, and a second captive facility has been established at a site nearby to where the skinks were rescued.

Cobble skinks were only discovered in 2007, living on the beach front in Granity amongst a population of Newman’s speckled skinks (Oligosoma newmani).

Surveys in 2015 and 2016 established that the population was small, restricted, and their habitat was eroding.

When Cyclone Gita threatened to wipe out their habitat, the entire known population of Cobble skinks was rescued and brought into captivity at Auckland Zoo.

Cobble skinks are now considered to be extinct in the wild. 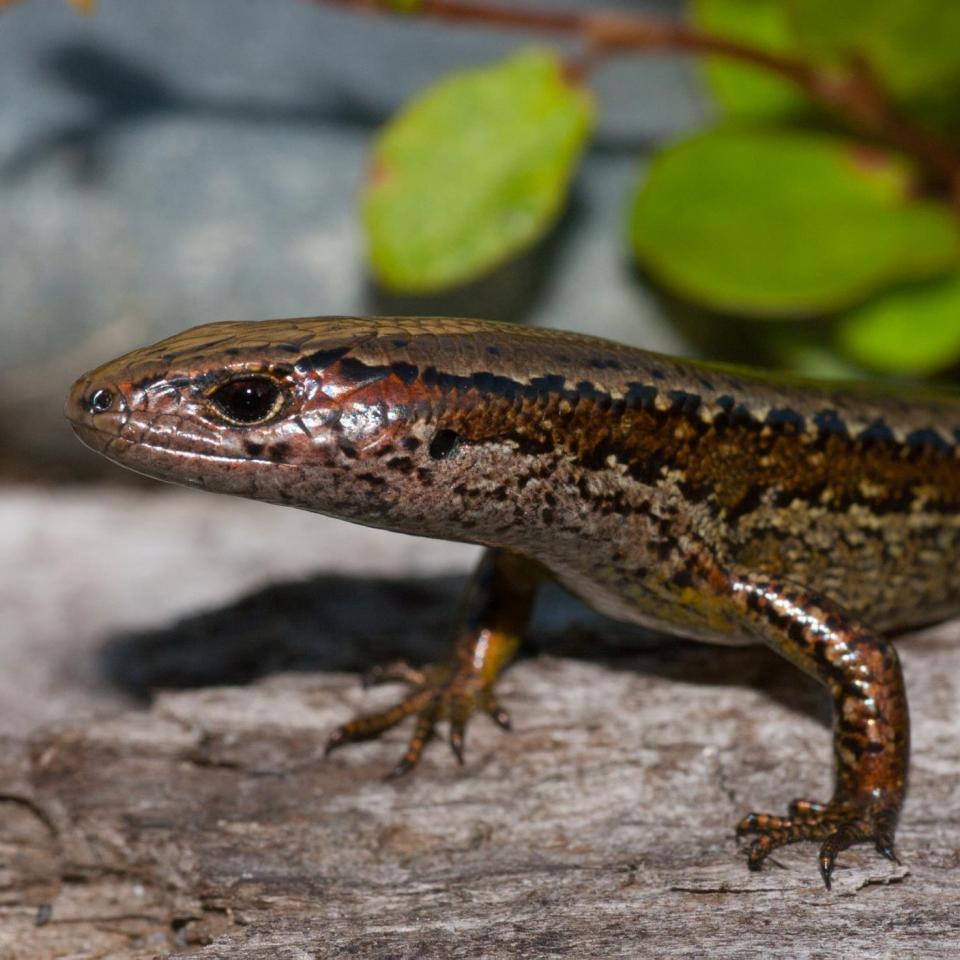 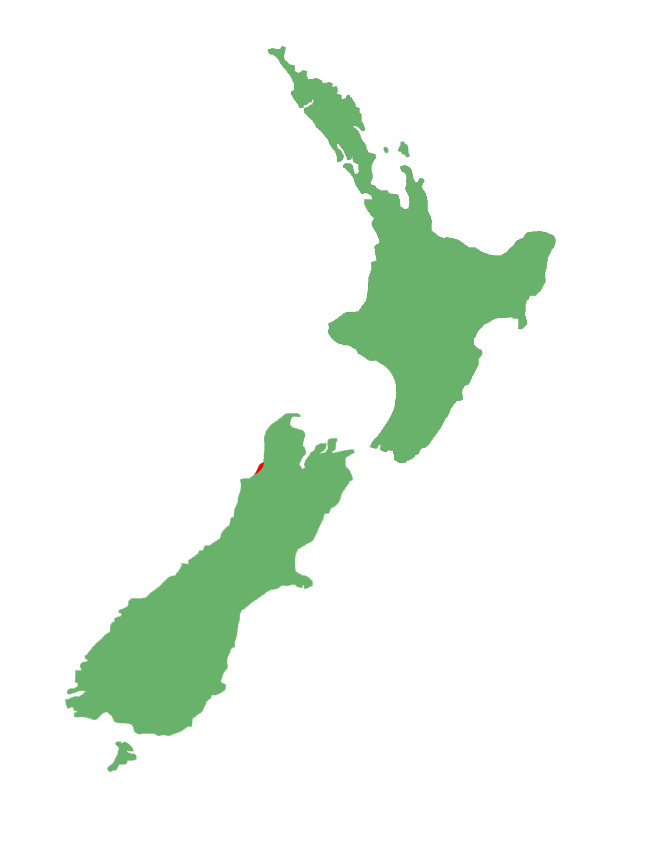 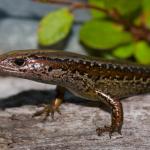 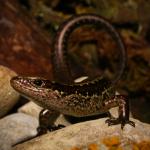 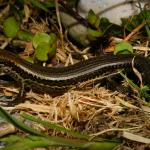 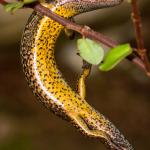 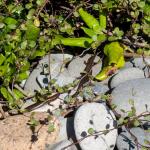 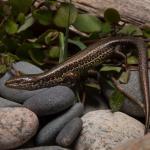