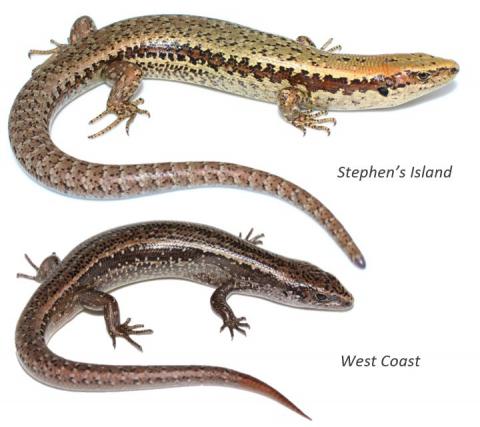 Length: SVL up to 133mm, with the tail being equal to or slightly longer than the body length

A large and beautifully patterned species from the northern and western South Island. Newman's speckled skinks vary widely in size and appearance throughout their range with the largest individuals occurring on Takapourewa / Stephen's Island in the western Marlborough Sounds.

The snout is short and rounded at the tip. Dorsum (back) is various shades of brown often with lighter and darker flecking, a dark mid-dorsal stripe is occasionally present in some populations. Flanks with broad dark-brown lateral stripe which is heavily crenulated at the edges (although can be relatively smooth in some populations) and may be bordered above and below with light-brown / cream coloured dorso-lateral and mid-lateral stripes. Ventral (lower) surfaces may be bright yellow or salmon-coloured (depending on locality) and are often heavily flecked with black, but flecking may be absent in some populations. Tail is longer than body length (SVL).

Occurs in the South Island from the western Marlborough Sounds (Takapourewa / Stephen's Island) through Nelson / Tasman, and down the West Coast to around Hokitika.

Newman's speckled skinks are diurnal and strongly heliothermic. They are relatively wary compared to other species of skinks which occur sympatrically, and retreat quickly when approached. They are largely terrestrial but will climb onto low vegetation or debris to bask. When not active basking or foraging, they take refuge under rocks and logs, or in dense vegetation/leaf litter. On Takapourewa / Stephen's Island, they have been recorded taking refuge in seabird burrows and being preyed upon by Tuatara (Sphenodon punctatus).

They occupy a wide range of habitats including pebble banks or dense vegetation in coastal areas, as well as grassland, rock piles, and open areas in forest and scrub.

Little is known of the breeding biology of wild speckled skinks. In captivity, mating occurs from late September to November, gestation is 12–14 weeks, and females give birth to litters of three to four juveniles from January to March.

Newman's speckled skinks are omnivorous, consuming a wide range of invertebrates such as insects and spiders. On Takapourewa / Stephen's Island they have also been reported consuming other lizards and cannibalising smaller speckled skinks.

Newman's speckled skinks from Takapourewa / Stephen's Island have been translocated to Te Pākeka / Maud Island in the Marlborough Sounds, and Mana Island off the Kapiti Coast.  Individuals have persisted and reproduced on Maud Island, although no individuals have been located on Mana Island in recent years and it is presumed they did not establish.

While usually under 90mm SVL on the mainland, an unusual population of giant speckled skinks occurs on Takapourewa / Stephen's Island in the Marlborough sounds where individuals reach up to 114mm SVL and close to 30cm in total length.

Newman's speckled skinks are members of the speckled skink cryptic species complex - a group of related taxa with similar morphology that were previously regarded as one highly variable species (Oligosoma infrapunctatum). 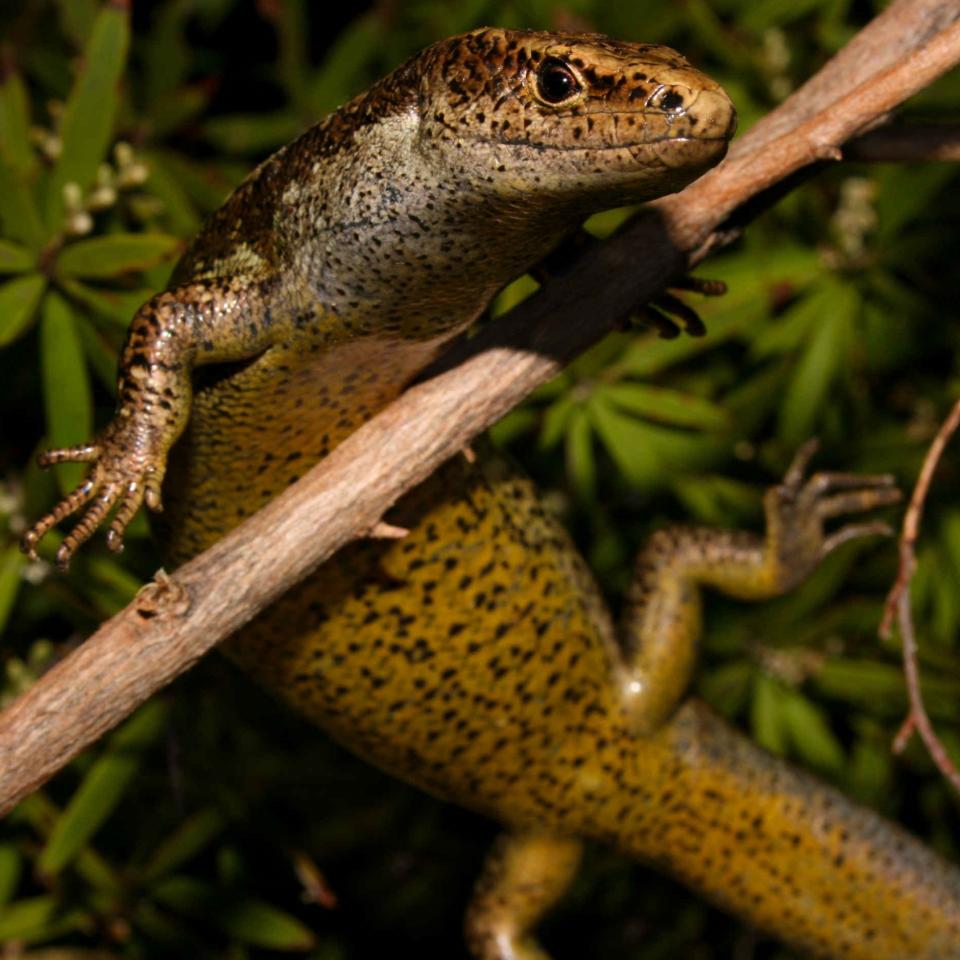 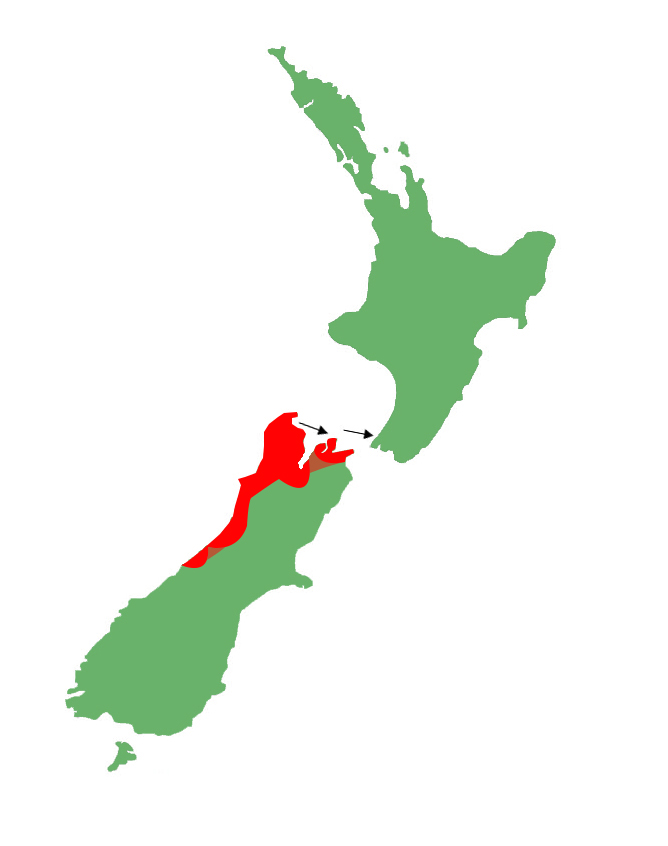 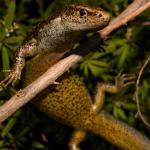 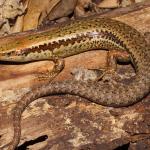 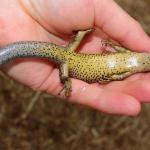 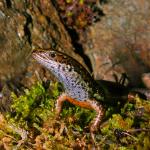 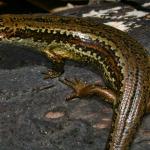 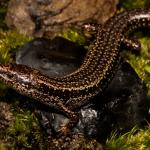 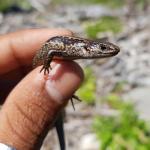 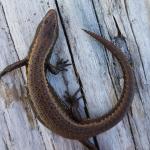 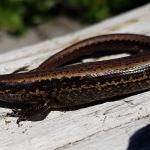 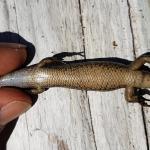 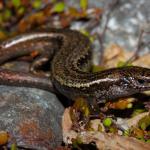 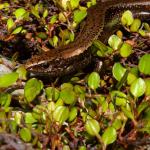 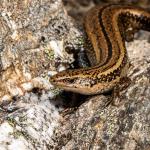