Length: SVL up to 73mm, with the tail often being longer than the body length

Small-scaled skinks are a small and distinctive looking species from the central North Island. A close relative of the shore skink (Oligosoma smithi), they are descended from common ancestors which became trapped inland as the coastline expanded outwards during the Pliocene.

Head is short and blunt with distinctive teardrop markings under their strikingly dark eyes. Dorsal surfaces are light grey-brown in colour with a dark mid-dorsal stripe, lighter coloured flecks, and pale dorso-lateral stripes which are crenulated at the margins giving the dorsum a checker-board appearance. Flanks have a broad dark brown-grey lateral stripe bordered below by a lighter coloured lower-lateral stripe which is also crenulated at the margins. Lower (ventral) surfaces are pale cream or white without speckles. In tact tail is longer than the body length (SVL).

Occurs only in the central North Island. Found around Lake Taupo (including Motutaiko Island in the lake), the Rangitikei River, Ruahine Ranges, and just north of Taihape.

Small scaled skinks are diurnal and avid sun-baskers which can often be seen basking fully exposed in their habitat. They are terrestrial and mainly inhabit rocky substrates exposed to the sun including screes, rock outcrops, cliffs, pebble and boulder banks on the edges of rivers and sometimes dense vegetation associated with such habitats. Small-scaled skinks will now often occur in modified or marginal habitat on agricultural land.

Thought to be largely solitary, but can live in dense colonies.

The reproductive biology of small-scaled skinks is poorly known, but females in captivity are known to give birth to litters of 2-3 young in January-March.

Diet includes small invertebrates. Small-scaled skinks have been observed hunting and consuming small insects such as flies in the wild. They likely also consume the berries / fruit of native plants, in common with other species of New Zealand skinks.

Small scaled skinks are secure on one pest-free island (Motutaiko Island), elsewhere they are exposed to the full suite of introduced predators on the mainland.

A population is held in captivity for insurance purposes.

Small scaled skinks are descended from common ancestors with shore skinks (Oligosoma smithi) which became trapped inland as the coast expanded outwards during the Pliocene.

Nelson-Tunley, M. (2012). Population fragmentation in the small-scaled skink (Oligosoma microlepis): the consequences of human landscape transformation on a habitat specialist's distribution, morphology, and genetics: a thesis presented in partial fulfilment of the requirements for the degree of Master of Science in Conservation Biology at Massey University, Manawatu, New Zealand (Doctoral dissertation, Massey University). 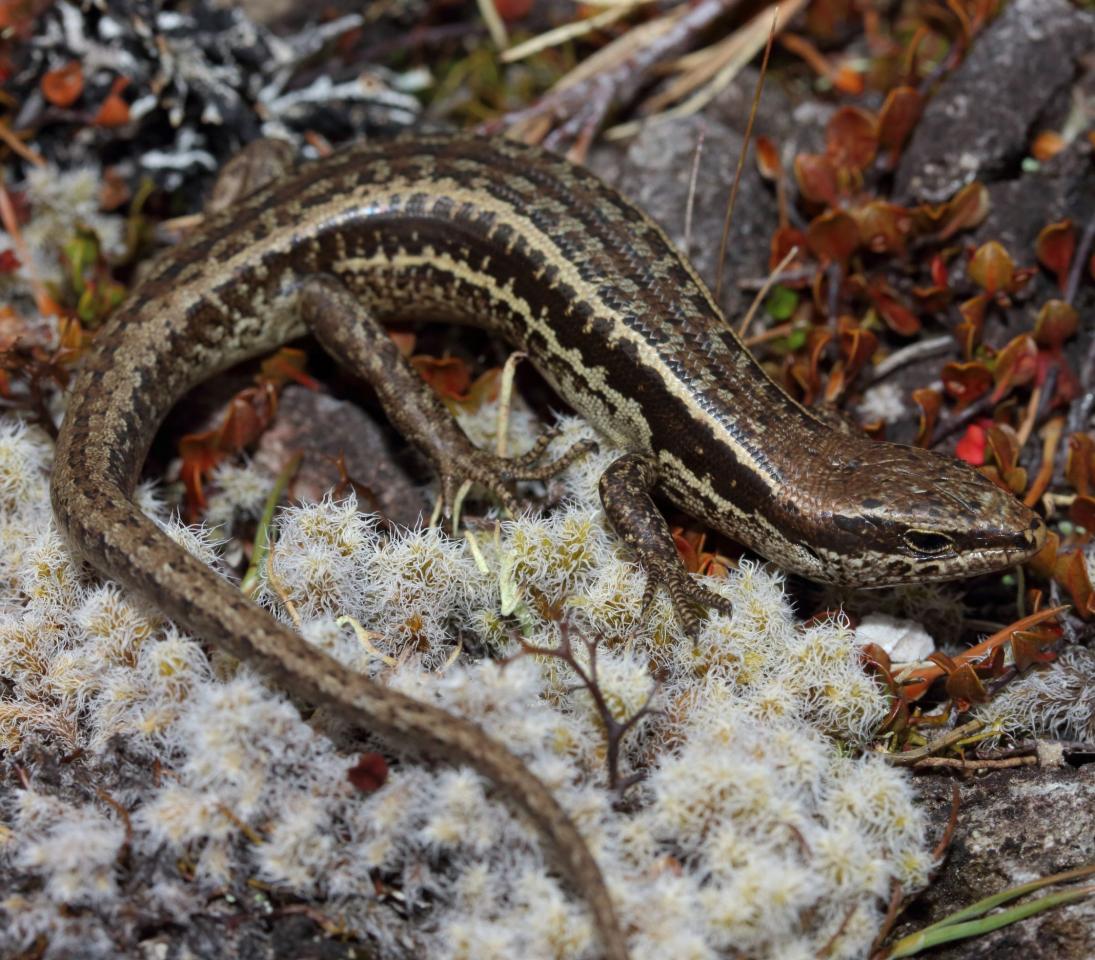 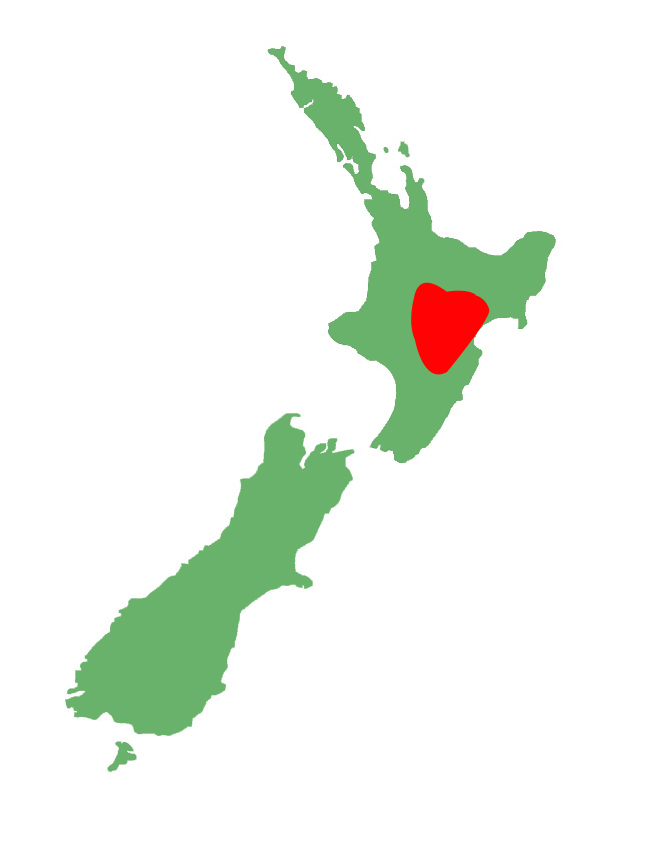 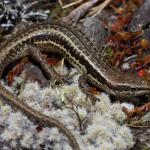 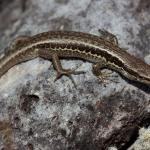 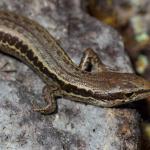 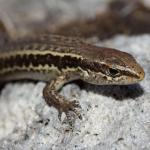 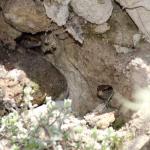 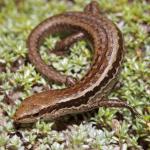 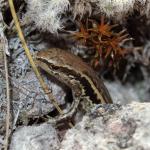 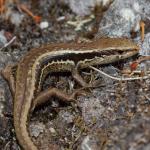 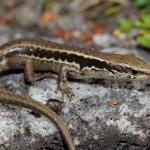 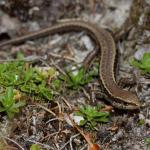 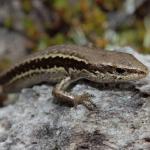 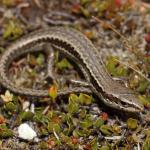 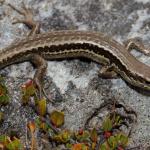 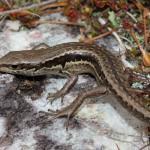 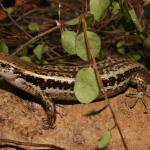 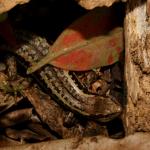