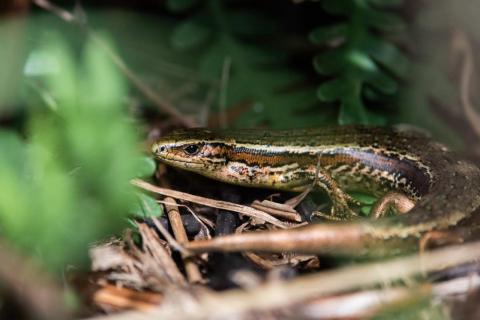 This enigmatic skink is the sole representative of reptiles on the Chatham archipelago. It is a highly variable species bearing visual and genetic similarities to the grass skinks (Oligosoma polychroma & affiliated species) of the New Zealand mainland.

Their colouration ranges from golden/green-brown, through to dark brown or black (which is typical for populations on rock stacks), often exhibiting a notched dark brown stripe bordered by light brown running along their dorsolateral surface from the nostrils to the base of the tail where it begins to break up. A mid-dorsal stripe is often present, as well as flecking along the flanks and dorsal surfaces. Under surfaces often a uniform pale brown through to yellow-green.

Visually similar to the grass skinks of mainland New Zealand, but unlikely to be confused with them as they are geographically isolated, with Chatham’s skink being the only lizard species present on the Chatham Islands.

The Chatham’s skink is restricted to the Chatham Islands, an island group sitting roughly 800 km east of New Zealand. Once occurring throughout the archipelago, this species is now only found on Pitt Island and its surrounding islands, as well as some of the more remote rock stacks including The Sisters, and The Pyramid. This species is extinct on the main Chatham Island.

A diurnal species, that occurs in a multitude of habitats including open grasslands, fernland, shrubland, open bush edges, as well as rocky platforms with minimal vegetation. The species is very conspicuous often being observed moving through habitat or openly basking on logs, low shrubs such as flax etc., as well as rocky platforms on the smaller islets of the archipelago.

Solitary, but often observed in large aggregations when basking, sometimes lying on top of others. Densities can be extremely high with estimates of around 10 individuals per square metre on some of the smaller rock stacks such as The Pyramid.

Viviparous (Live-bearing). Mating occurs in autumn, with up to 4 young born in late January-February.

As with most of our native skinks, this species is omnivorous feeding on both invertebrates (spiders, insects, and crustaceans), and soft fruits. Individuals and populations occurring around seabird colonies are also known to take advantage of regurgitated fish etc. that is left over after the feeding of chicks.

Freeman, A. B. (1997). A preliminary analysis of habitat use of Oligosoma nigriplantare nigriplantare on Rangatira Island. Lincoln University Wildlife Management Report No. 12 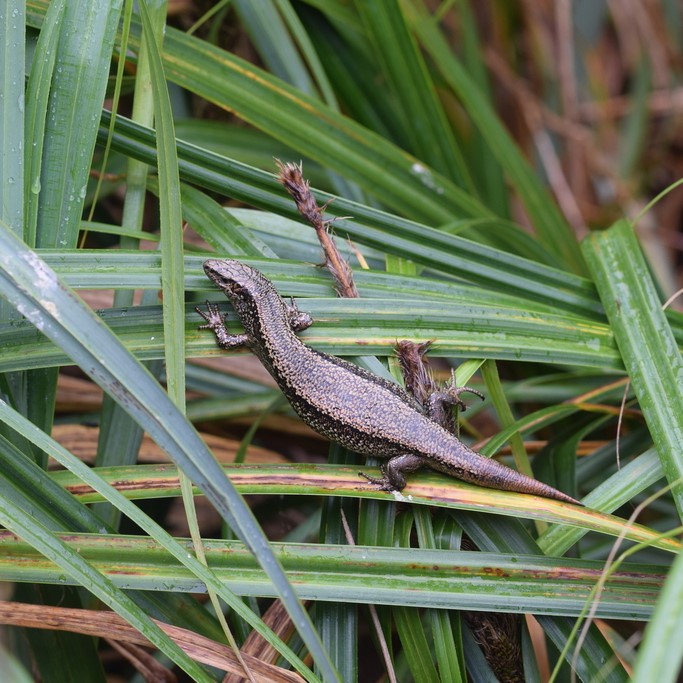 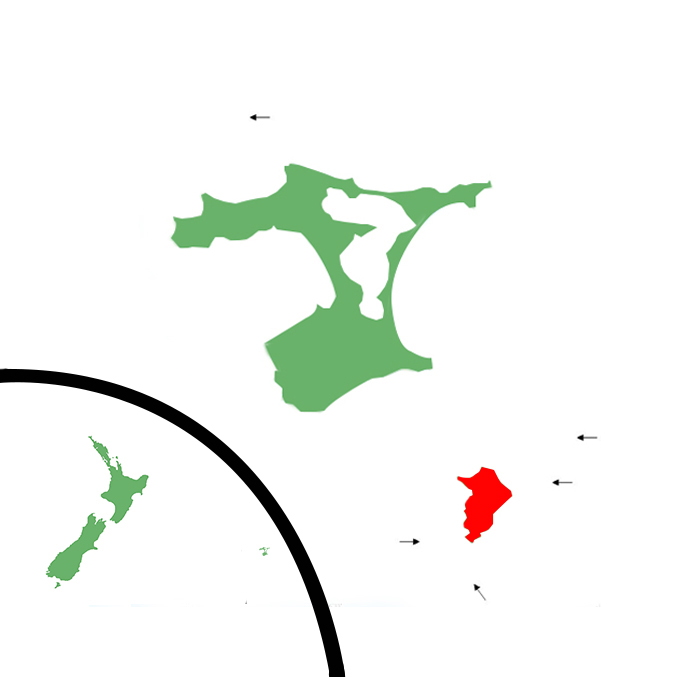 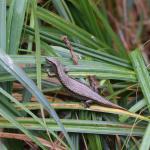 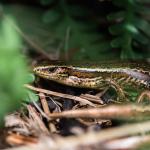 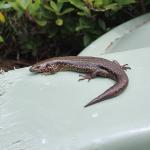 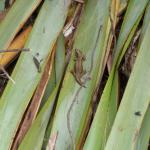 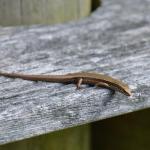 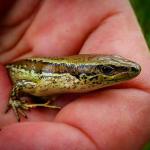 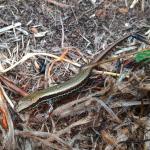 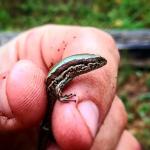 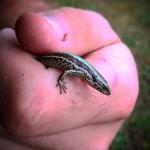