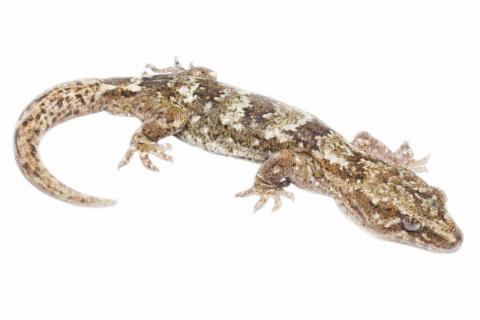 Length: SVL up to 78mm, with the tail being equal to the body length

Unknown, probably relatively long lived like other Woodworthia species (perhaps in excess of 25 or 30 years).

This species can be found in the Dunstan Mountains, Cairnmur Range, Old Woman Range, near Queenstown (Gibston Valley and Crown Range), Wanaka, and Ruby Island in Lake Wanaka. This species is known from both lower elevations (in the rugged Otago valleys) and high elevations (rarely up to 1300 m) (van Winkel et al. 2018; Jewell 2018).  This species differs dramatically between some locations. Those in Dunstan Mountains and Cairnmuir Range are much smaller, more slender, more narrow-toed, with larger paler eyes. They are also more variable and typically lighter in colouration than those from elsewhere. Striped individuals are generally only found in the Dunstan/Cairnmuir form.

Kawarau geckos are a cathemeral, terrestrial species that is active at night, but will often sun bask at the entrances to their rocky retreats. They are relatively gregarious and in suitable retreats can be found in large aggregations. They are known to inhabit crevices in schist rock or below slabs/ boulders in rocky shrubland. On Ruby Island they are known to inhabit vegetation such as flax and cabbage trees (van Winkel et al. 2018; Jewell 2018).

Can be highly gregarious and form large aggregations of various age classes in suitable retreats.

Feed on invertebrates and probably the fruits of small shrubs.

Kawarau geckos are not being actively managed.

Kawarau geckos are members of the 'common gecko' complex, a group of closely related species which are regionally distributed throughout New Zealand. Historically, most of these were considered a single highly-variable species - Hoplodactylus maculatus (the so called 'common gecko'). The 'common gecko' has now been separated into over ten different species.

The Kawarau gecko sits within the Southern clade of the Woodworthia complex, with the Schist gecko (Woodworthia "Central Otago") being its closest relative within the group. 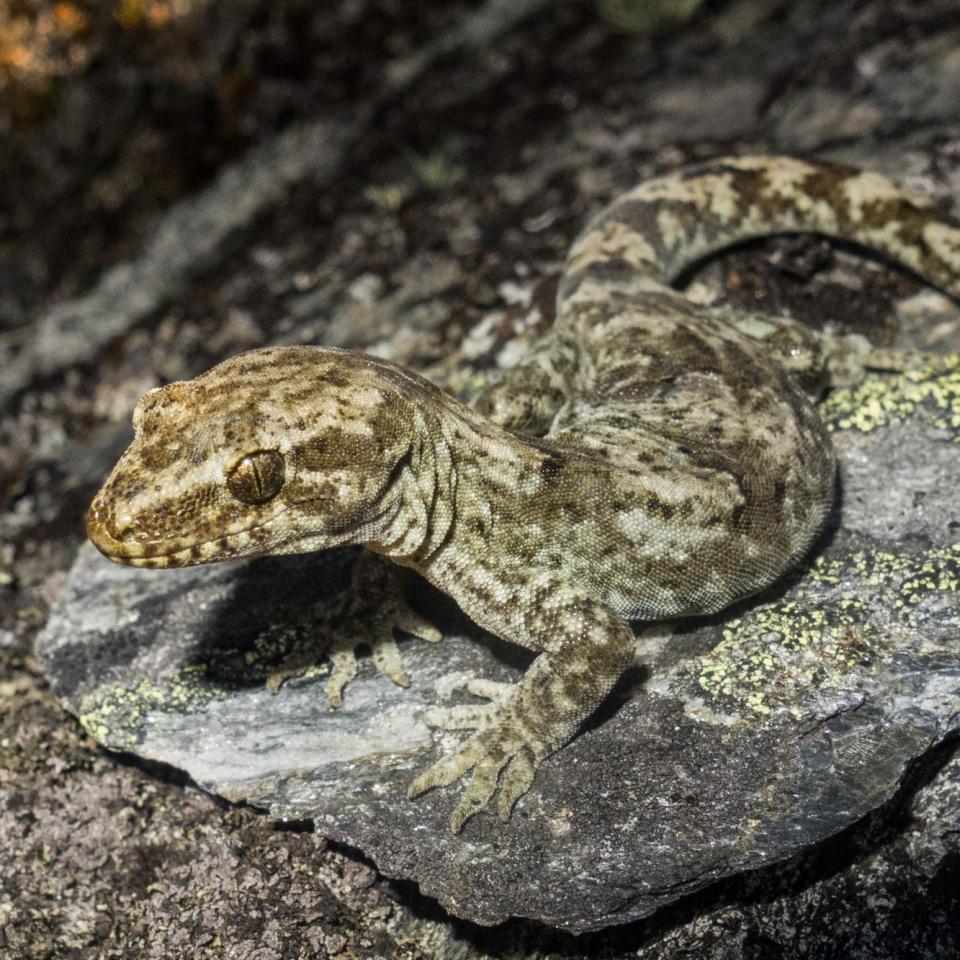 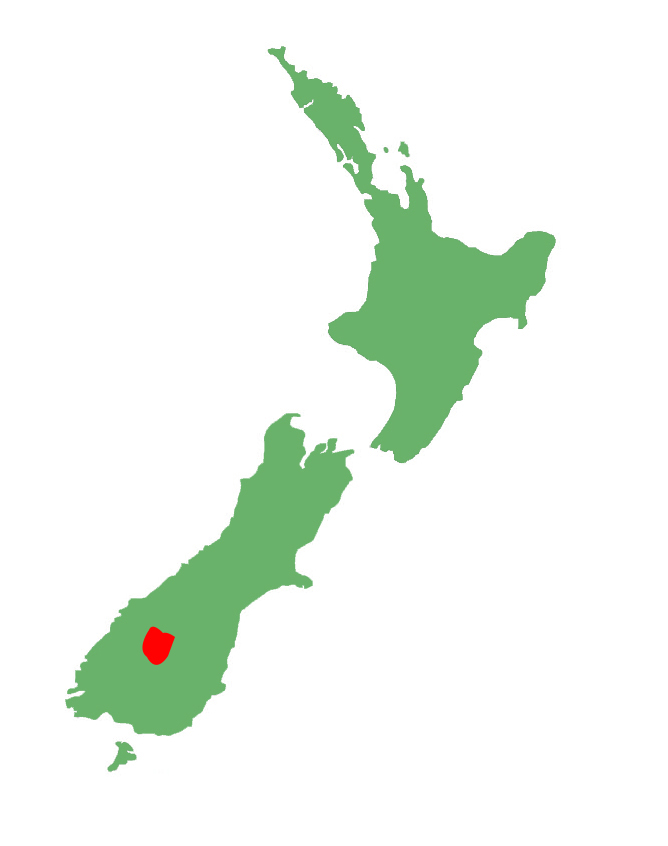 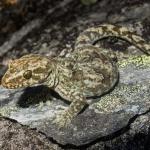 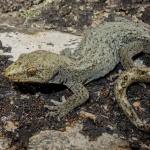 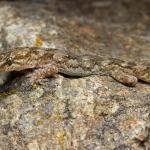