Length: SVL up to 65 mm, with the tail being shorter than the body length

Unknown. However, it is not known to aggregate in large groups unlike other saxicolous Woodworthia. Instead, they are usually found individually or in pairs, and occasionally with other syntopic Woodworthia species (van Winkel et al. 2018).

Birth is thought to occur in late summer (February to March), or sometimes in spring. One or two young are produced either annually or biennially (van Winkel et al. 2018).

Feeds on insects and possibly the fruits and nectar of native plants.

This species is not currently being managed, however, development to alpine resorts and ski fields may disturb habitat these animals live in. Consequently, lizard management/mitigation may have to be performed in such scenarios.

Short-toed geckos are members of the 'common gecko' complex, a group of closely related species which are regionally distributed throughout New Zealand. Historically, most of these were considered a single highly-variable species - Hoplodactylus maculatus (the so called 'common gecko'). The 'common gecko' has now been separated into over ten different species.

The Short-toed gecko along with its sister species the Goldstripe gecko sits at the base of the Woodworthia genus, sharing a common ancestor with both the Southern and Northern clades. 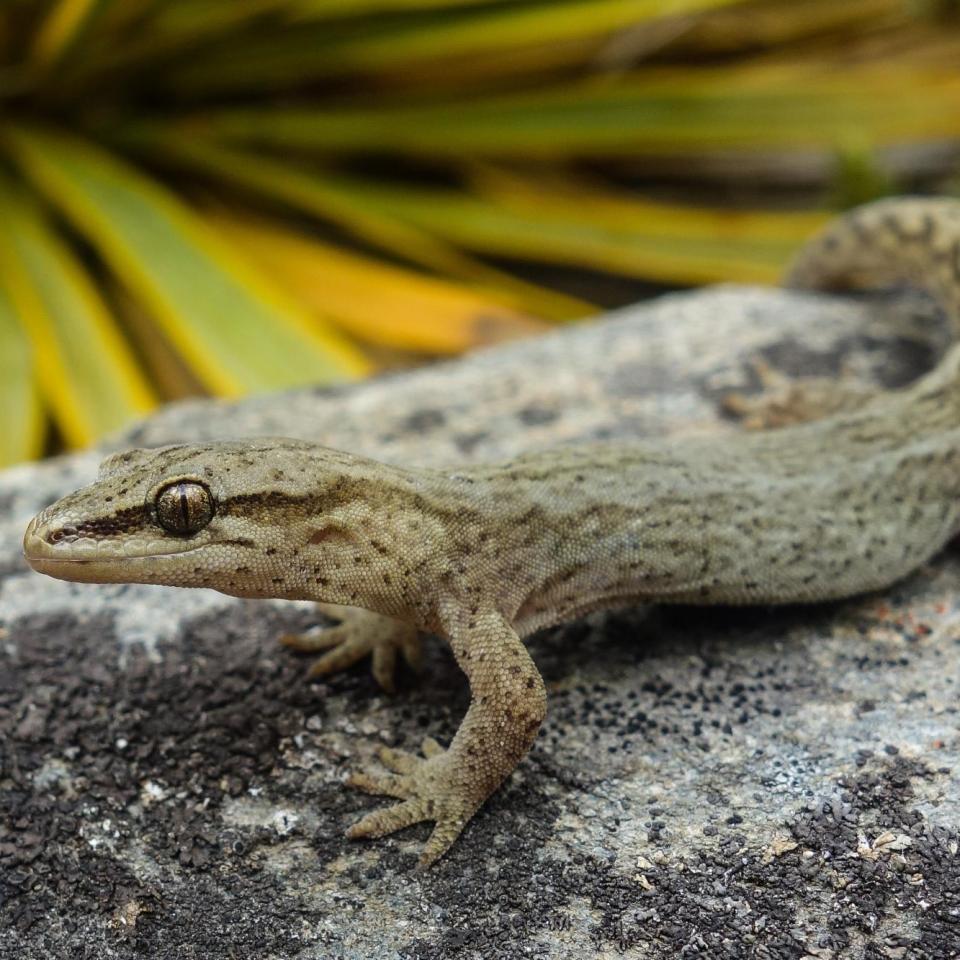 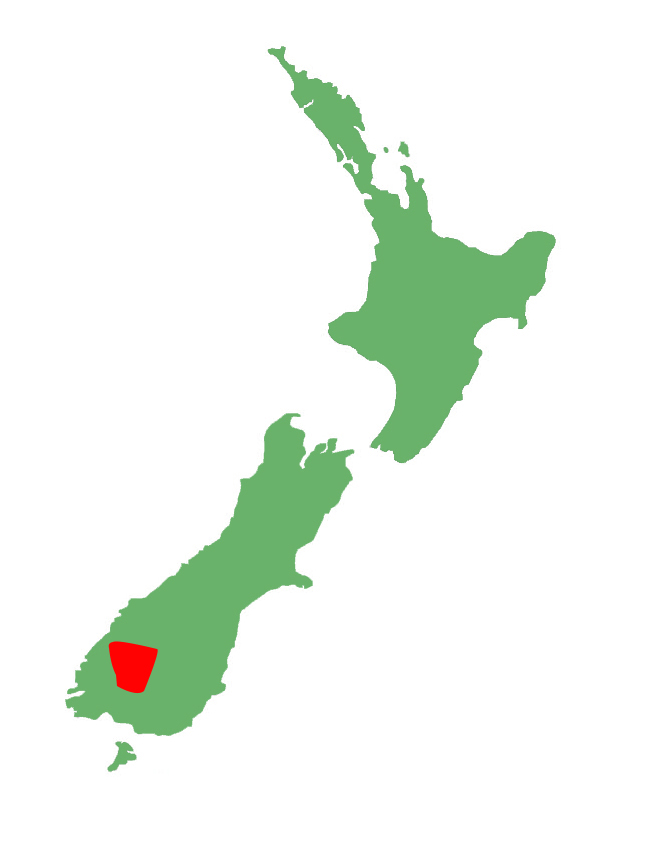 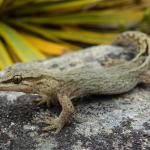 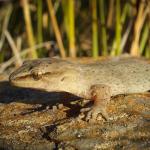 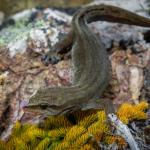 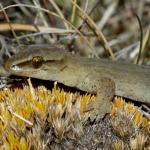 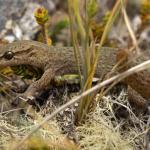