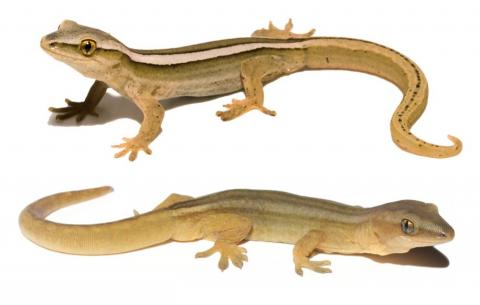 Length: SVL up to 80mm, with the tail being equal to the body length

An elegant, and often striking species of Woodworthia, known for their beautiful dual-striped patterning which runs the length of their body. This is often the first gecko species that many people in Taranaki will encounter in the wild due to its propensity to live in semi-urban environments, and its association with flax.

The goldstripe gecko is characterised by its alternating two-toned longitudinal stripes which run the length of the body. This patterning is made up of two light-coloured stripes, which are separated in the middle, and bordered on the outside by darker striping. The light stripes (light brown, through to white or bright cream) extend from just above the nostril, through the upper half of the eye, and along the back, often merging at the base of the tail. Whereas the darker stripes (dark-brown, golden-brown, or reddish-brown) occur along the spine (from between the nostrils to the tip of the tail), and under the lighter stripes, beginning at the nostril, going through the lower half of the eye, and extending in a straight line above the external earhole to the tail. These dark stripes are often darker in pigment where they border the lighter stripes.
The lateral surfaces (sides) of the goldstripe gecko are dominated by the dark stripe at the interface with the dorsal surface, but quickly give way to the lighter tones (often the same colour as the light stripes) starting at the top lips and extending towards the stomach. Sometimes a secondary dark stripe may run along the neck and between the fore and hindlimbs onto the base of the tail.
The ventral (lower) surface are often pale, sometimes with fine dark speckled marks on the tail and torso. Some individuals have a salmon pink colour on the ventral surface of the tail. Interestingly individuals are known to change the intensity of the base body colour, but not the colour of stripes.
As with other Woodworthia the mouth and tongue colour is pink.

Goldstripe geckos may be confused with the Raukawa gecko (Woodworthia maculata), where they co-occurr, but can be differentiated based on the absence of the clean unbroken light brown to bright cream dual-striping that carries from the nostril to the end of the tail, which is present in goldstripes.

Unlikely to be confused with the co-occurring forest (Mokopirirakau granulatus), and ngahere geckos (Mokopirirakau "southern North Island"), but can easily be differentiated based on patterning, with the Mokopirirakau lacking the striping seen on the goldstripe gecko.

Click here for more information on how goldstripe gecko differ from other species within the Woodworthia group.

Like many of Aotearoa's gecko species, goldstripe geckos are thought to have relatively long life spans. A closely-related species, the Waitaha gecko (Woodworthia cf. brunnea) has been reported to live 50+ years in the wild.

The goldstripe gecko is for the most part restricted to lowland sites in the Taranaki region, from about Waitara to Patea. However, satellite populations are known from Mana Island and Kapiti Island in the Wellington region.

Goldstripe geckos are nocturnal in nature, but are known to cryptically bask amongst vegetation. In contrast to most Woodworthia, the goldstripe gecko seem to be more semi-arboreal in nature, and can often be seen hunting for prey or searching for nectar amongst low-growing shrubs and trees (e.g., flax, and cabbage trees).

In comparison to most Woodworthia, this species is associated with open forest and scrubland, rather than rock-dominated habitats. As such they are often found inhabiting flaxlands, coastal vegetation, gardens, and farmland.

Goldstripe geckos are less gregarious than other Woodworthia species, often being found in pairs or as single individuals. Fairly large aggregations do occur, but this is often in fairly complex habitat, and not to the extent of other species like the Raukawa gecko (Woodworthia maculata). Can sometimes be heard chittering in their refugia when disturbed by congeners.

Like all of Aotearoa's gecko species, the goldstripe gecko is viviparous, giving birth to one or two live young annually in February/March. As is the case with many lizard species, mating may seem rather violent with the male repeatedly biting the female around the neck and head area. Sexual maturity is reached between 1.5 to 2 years.

Goldstripe geckos are omnivores. As with other gecko species, they are primarily insectivorous in nature, but are also known to feed on the nectar and small fruits of several plant species. The goldstripe gecko is strongly associated with flax, and therefore when flax is present in the environment, it is likely that the nectar, and insect communities associated with this plant make up a large proportion of their diet.

The species name is derived from the Greek ‘chrysos’ (gold) and ‘seiretion’ (stripe).

The Goldstripe gecko along with its sister species the Short-toed gecko sits at the base of the Woodworthia genus, sharing a common ancestor with both the Southern and Northern clades. 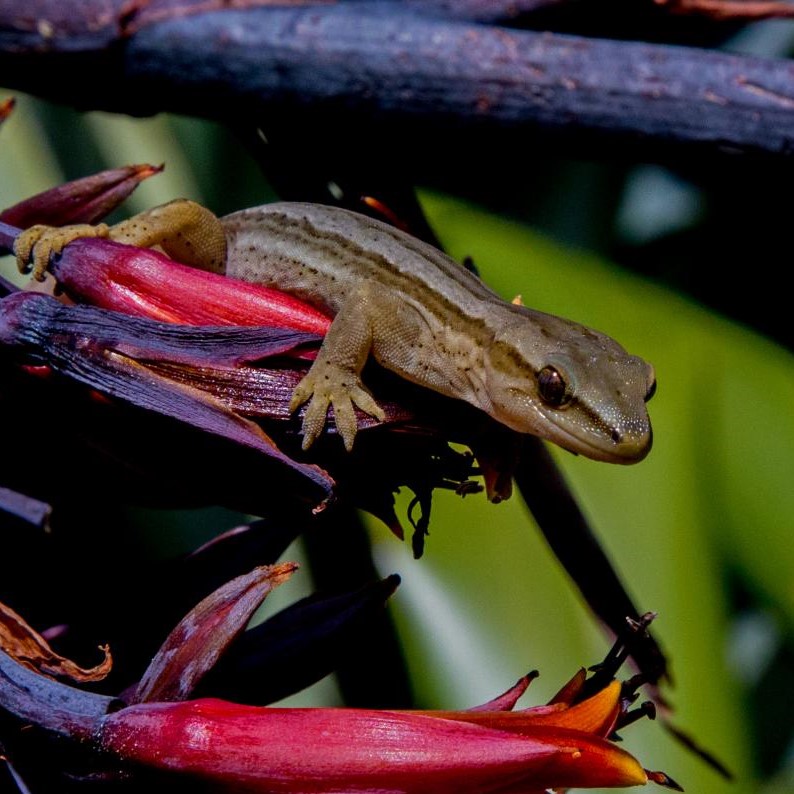 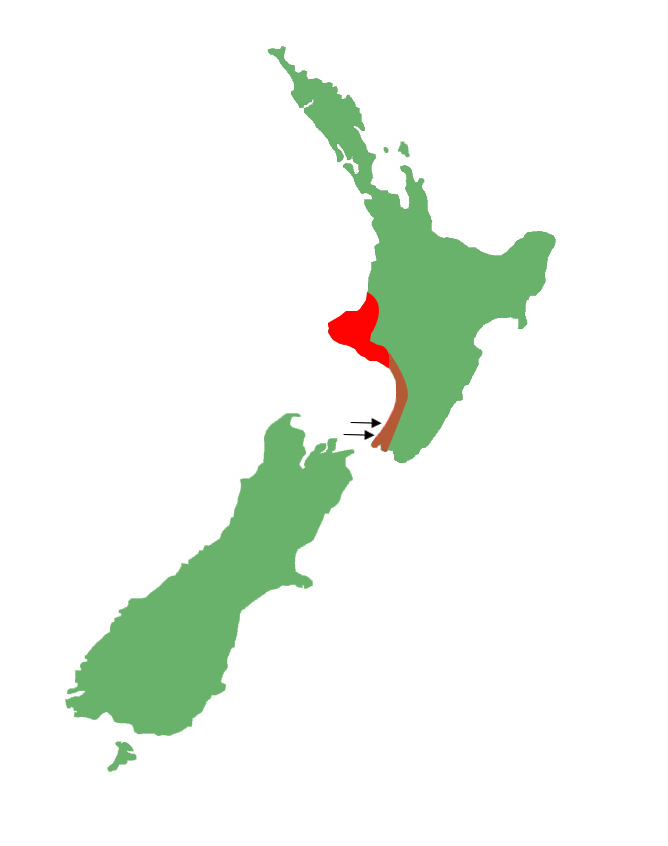 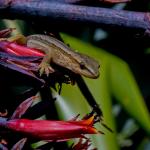 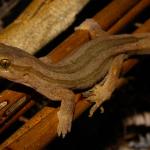 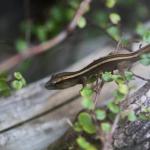 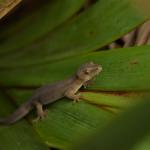 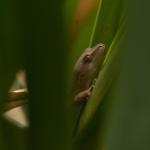 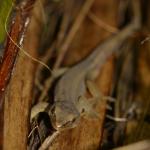 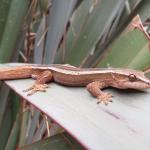 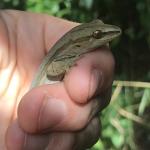 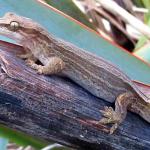