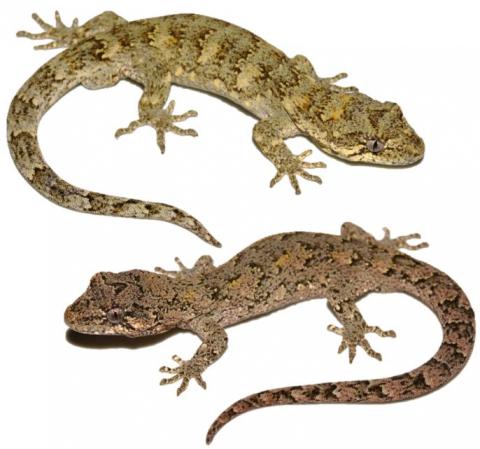 Length: SVL up to 96mm, with the tail being longer than the body length

An intricately patterned species of gecko from the southern half of the North Island. Ngahere geckos are similar in appearance to the forest gecko (Mokopirirakau granulatus) which fills the same ecological niche in the northern North Island.

Dorsal surface light grey to dark brown with transverse row of V or W shaped blotches on either side of the spine, often intermingled with bright yellow patches. In contrast to forest geckos (Mokopirirakau granulatus), Ngahere geckos often have a mid-dorsal break in their W-shaped markings, giving them a distinctive appearance. White stripe between ear and eye and V shaped mark behind eyes Ventral surface lighter with speckles/mottling.

Lining of mouth and tongue bright orange. Eyes are grey, brown or olive. Toes have 8-10 lamallae.

Click here for more information on how Ngahere gecko differ from other species within the Mokopirirakau complex.

Southern North Island from Gisborne southwards to Wellington. It is currently unclear where the exact boundary between Ngahere and forest geckos (Mokopirirakau granulatus) occurs. In the central North Island it is possible these two species overlap in distribution and / or hybridisation may occur. Click here for the Mokopirirakau distribution map.

Inhabits forest and shrubland, usually amongst trunks and larger branches of trees. A largely nocturnal species, will sunbask near retreats. Occasionally found in low shrubs, ferns, or creviced clay banks.

As with our other Mokopirirakau species, Ngahere geckos are generally solitary, however, they may be found in small groups (2-5 animals) when utilising larger refuge sites (e.g. large tree cavities). Vocalisation among Mokopirirakau can be described as chirrups or shrill squeals when stressed.

Ngahere gecko are viviparous, giving birth to one or two young over summer.

Ngahere gecko are classified by DOC as 'At Risk - Declining'.

Although not formally described this species is likely to be named Mokopirirakau sylvestris after animals described by Walter Buller in 1881 (Buller, 1881), or as M. versicolor as per specimens described by William Colenso in 1885 (Colenso, 1885). 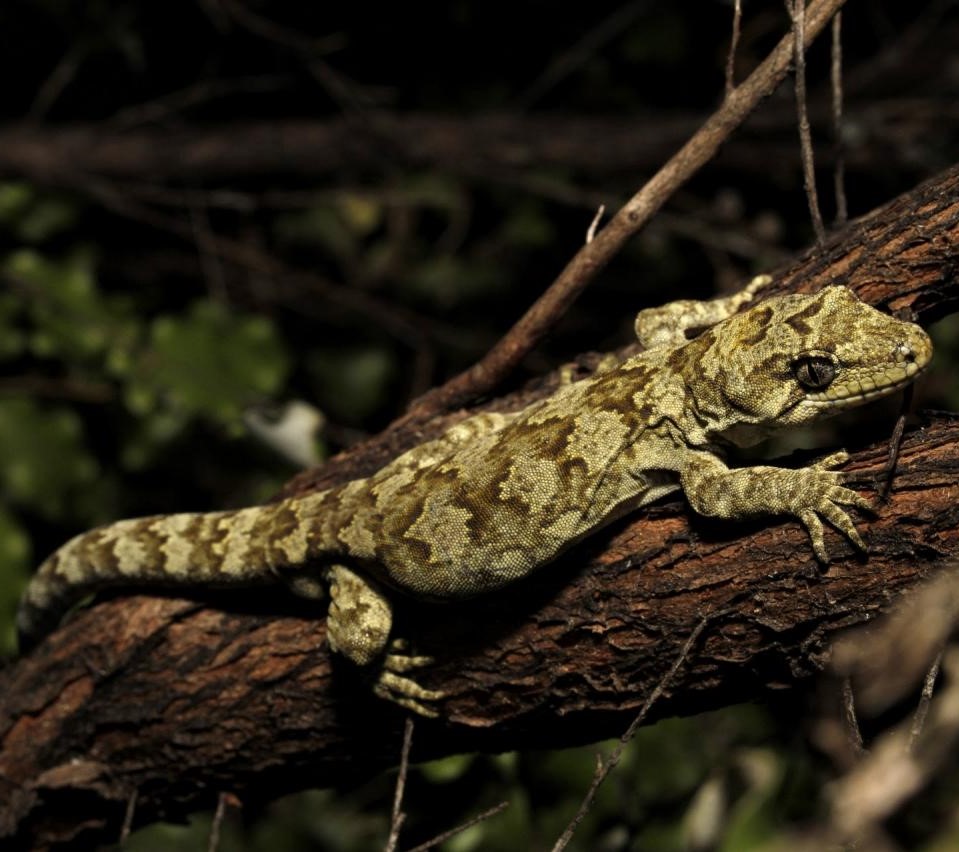 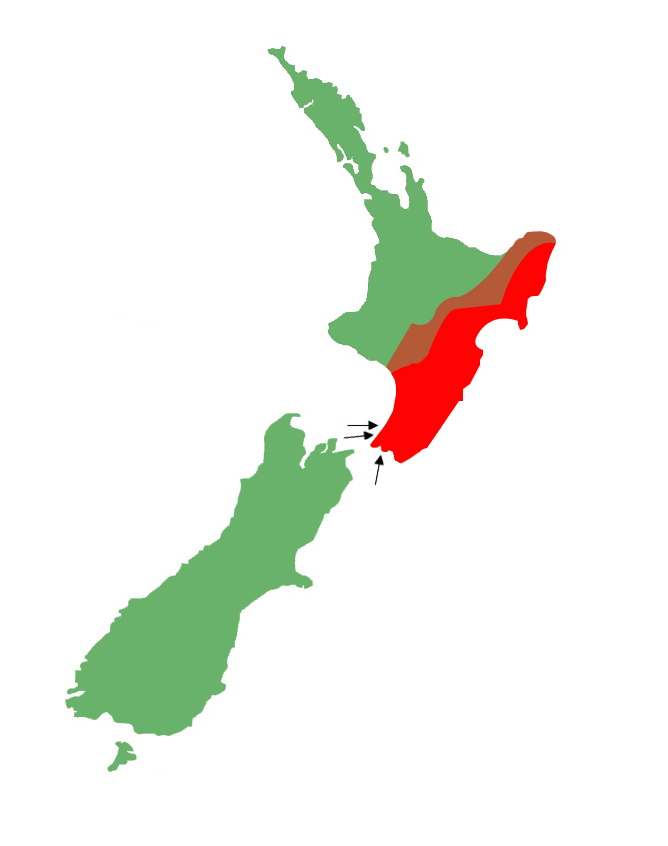 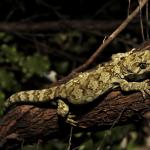 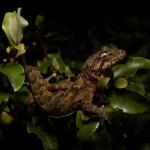 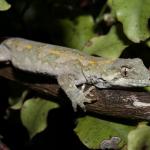 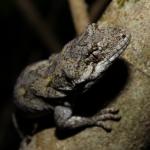 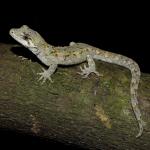 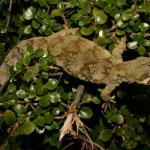 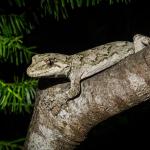 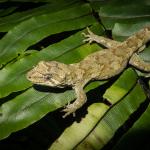 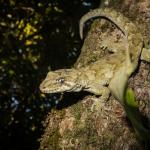 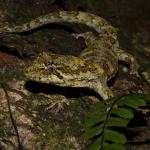 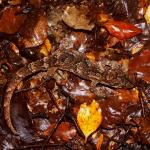 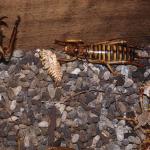 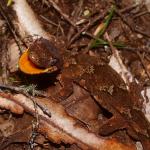 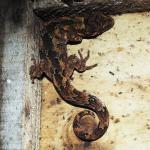 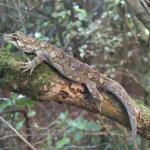 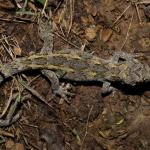 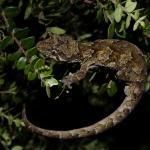 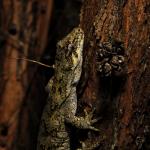 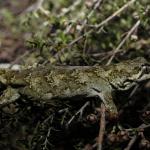 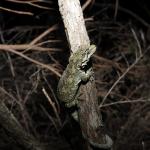 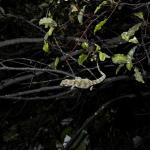 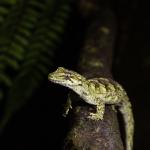 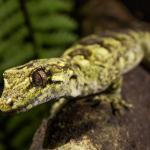 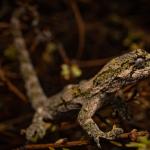 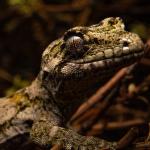