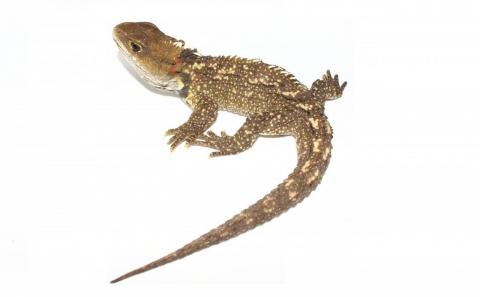 Sphenodon is a mono-specific genus comprising the Tuatara of New Zealand.

Formerly, a second species - Günther's Tuatara (Sphenodon guntheri) - was recognised from North Brother Island in the Marlborough Sounds, and were characterised by smaller body-size and distinctive blotching. However, Günther's Tuatara was later synonymised with S. punctatus, and the unusual morphology of the North Brother Island animals is presumed to be the result of a founder-effect.