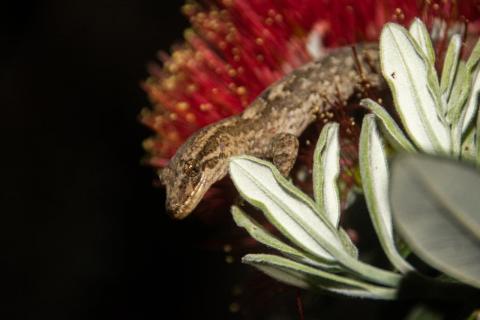 Length: SVL up to 95mm, with the tail being equal to or longer than the body length

Poor Knights geckos are an island-endemic member of the genus Dactylocnemis found only on the Poor Knights Islands off eastern Northland.

Poor Knights geckos are large, robust in build, and highly variable in colour / pattern. Dorsal surface may be grey, brown, or olive in colour and variously patterned with blotches, chevrons, stripes or combinations of these. patterns may be drab / indictinct, or prominent and edged with white or black borders.The dorsal surface of the tail is covered with a series of light coloured blotches. Lateral surfaces often lighter in colour with have pale / indistinct speckling. On the head, the rostral scale is in broad contact with the nostril, and there is often a mustard-yellow coloured mark on the nape of the neck. Additional yellow blotches may be present over the rest of the body and tail. Ventral surface (belly) is cream and usually unmarked, sometimes with yellow blotches.

Poor Knights geckos may be confused with the sympatric Duvacel's gecko (Hoplodactylus duvaucelii), but can be distinguished by their much smaller adult size and generally lower lamellae counts on the 4th toe of the hind-foot (geckos with over 16 lamellae will be H. duvaucelii).

Very similar in appearance to other members of the Dactylocnemis genus, but geographically isolated.

Poor Knights geckos are endemic to the Poor Knights islands off the east coast of Northland. The species evolved on these islands and have never been found anywhere else.

Poor Knights geckos are primarily nocturnal, but have also been known to cryptically sun-bask at the entrance of retreat sites (e.g rock crevices). Some populations on rock stacks (e.g. Sugarloaf Rock) are cathemeral or primarily diurnal. They are habitat generalists and may be arboreal of terrestrial.

Poor Knights geckos can be found in forest, scrub, flaxland, dense prostrate vegetation (such as Muehlenbeckia sp.), rock piles and on cliffs. When not active they take refuge in rock crevices, dense vegetation tree hollows, or under rocks, logs and loose bark on trees.

Poor Knights geckos occur at high densities, and can regularly be found sharing retreat sites with conspecifics (other individuals of the same species).

The reproductive biology of Poor Knights geckos is poorly known.

Poor Knights geckos are omnivorous. They have been recorded feeding on a wide range of invertebrates (insects, spiders, isopods etc.), as well as nectar and fruit / berries from native plants. Unusually for a gecko, some populations on rock stacks (e.g. Sugarloaf Rock) are known to feed on regurgitated fish in seabird colonies when adults birds are feeding their chicks and pieces fall to the ground.

Largely unknown, however, is known to be a host for at least two ectoparasitic mites - Geckobia haplodactyli, and an unidentified species of the Ophionyssus genus.

Poor Knights geckos are endemic to the Poor Knights Islands, and occupy their entire historical range. These islands are pest-free, and as such the main threat to these geckos is from the introduction of mammalian predators to their island refuges.

The Poor Knights islands are a protected Nature Reserve, landing is prohibited without a permit from the Department of Conservation, and strict biosecurity measures are adhered to for all island visitors.

Poor Knights geckos are members of the genus Dactylocnemis, a group of closely related species which are confined to the North Island of New Zealand, are regionally distributed (including several island-endemic species), and were once all considered as a single highly-variable species - Hoplodactylus pacificus. 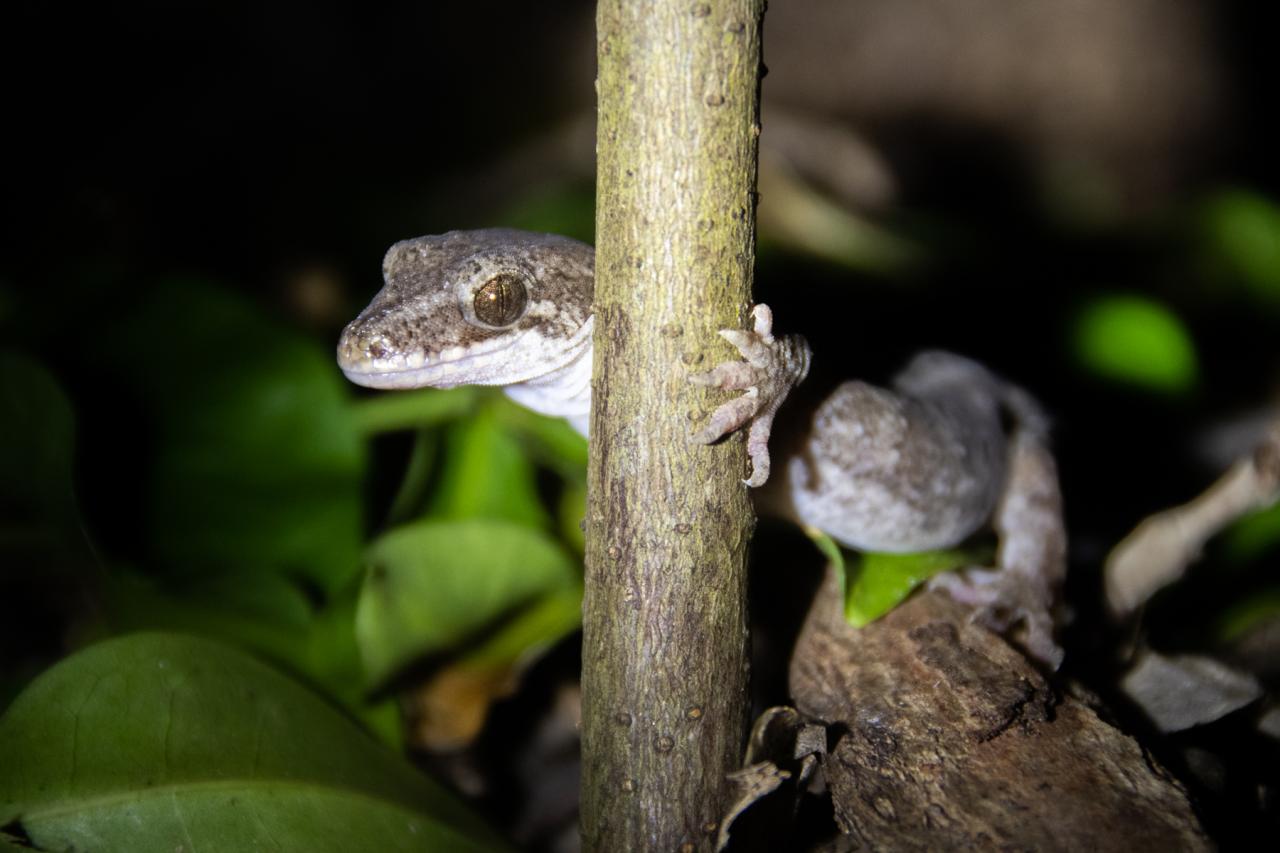 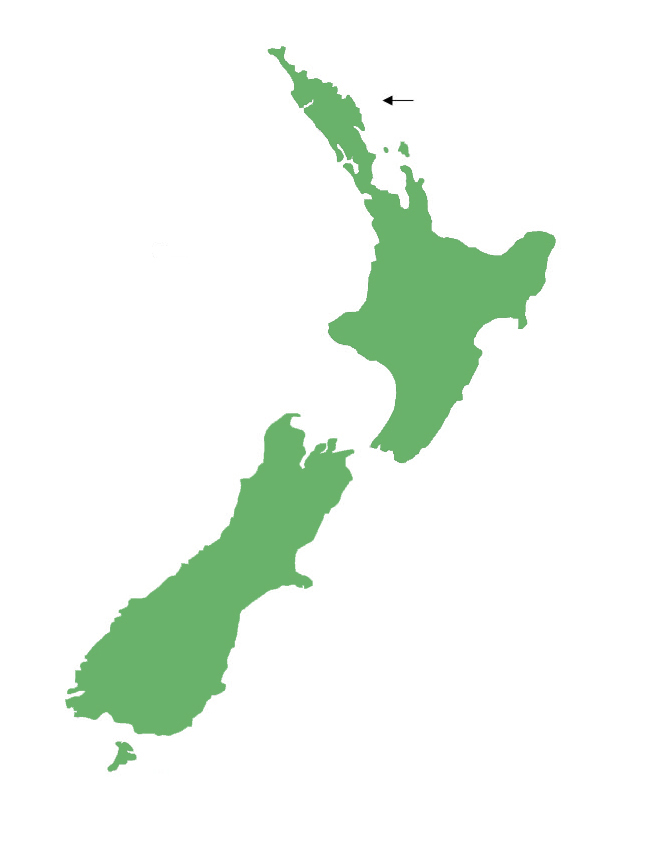 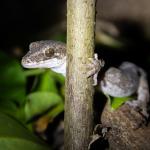 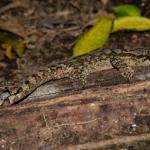 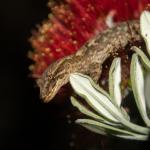