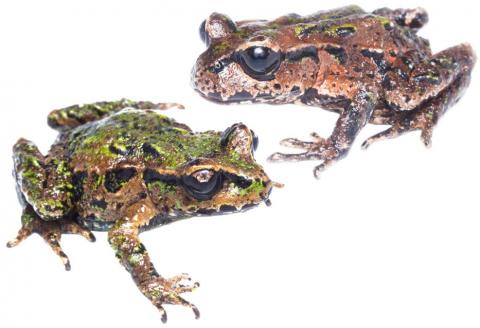 Weight: Up to 5 grams

Archey's frog is New Zealand's smallest, and perhaps most beautiful native frog species. It is distinctive in both its terrestrial lifestyle and its archaic form, belonging to one of the most ancient lineages of amphibians on the planet.

They are perfectly adapted to their forest environments with their dorsal (upper) surfaces matching the surrounding vegetation. Typically they are light to dark brown, green-brown, or green with dark brown or black blotches and occasionally brilliant green mottling. Dorsolateral lumps (glandular ridges) are present on the dorsal and dorsolateral surfaces. Their lateral surfaces (sides) are brown, pinkish, or orange-brown with black blotches, flecks, and sometimes green mottling. Similar markings can be seen on the arms and legs of this species, with the legs often bearing distinct dark or green transverse bands. Occasionally, the lower lateral surfaces and upper limbs bear brilliant orange or even pale blue colouration. Black markings are typically present under the eyes and upper lip. Ventral (lower) surfaces are typically black or dark brown and may be mottled with green, pale blue, or yellow. Eye colour black with a light golden or golden-brown upper portion. Feet are unwebbed with thin toes, due in large part to their terrestrial nature. As with other Leiopelma, Archey's frogs show slight sexual dimorphism, with females being larger than males (van Winkel et al. 2018).

Archey’s frogs are similar in appearance to our other native frog species but can be differentiated by a combination of their smaller size, terrestrial nature, often brilliant colouration, and lack of webbing on the hindlimb. They co-occur with the semi-aquatic Hochstetter's frog (Leiopelma hochstetteri) on the Coromandel Peninsula, and in the King Country, but are much smaller, and lack webbing.

Like our other endemic frog species, Archey's frogs are extremely long-lived, reported to reach ages in excess of 35 years (van Winkel et al., 2018).

Prior to the colonisation of Aotearoa by humans, Archey’s frogs would have had a much greater distribution, occurring from the East Cape, through to Taranaki, and up into Northland, whilst their sister species, Hamilton's frog (Leiopelma hamiltoni), would have occurred in the southeastern North Island. Today, they are known from the Coromandel Peninsula, and Whareorino Forest (west of Te Kuiti), as well as one translocated population in Pureora Forest. It often occurs sympatrically with the semi-aquatic Hochstetter's frog (Leiopelma hochstetteri) (Worthy, 1987; van Winkel et al., 2018; Bishop et al., 2018).

Archey's frogs are nocturnal, and terrestrial, but they are known to climb up vegetation and may climb several metres up trees and ferns. They inhabit moist native forest between 200 -1000 m above sea level (a.s.l). Frogs emerge from their daytime retreats near dusk and will return to these by dawn. During the day, they typically seek refuge under stones, logs, or in the base of ferns. Their emergence at night is associated with relative humidity, rainfall and the wetness of vegetation. (Bishop et al. 2013; Cree 1989).

Unlike most frogs, Archey's frog, and other Leiopelma, do not vocalize to communicate with other frogs. Consequently, their breeding behaviour and social behaviour is poorly understood. One study demonstrated that chemical cues from Hamilton's frog (Leiopelma hamiltoni) faeces may play a role in communication and that even size information was able to be communicated. Individuals preferred to spend more time near their own species, rather than faeces from other individuals, and this effect was greatest when the conspecific faeces belonged to a larger frog. Additionally, frogs in this experiment tended to defecate their faeces closer to conspecific faeces, rather than their own (Lee and Waldman 2002). Archey's frogs also have an interesting paternal care system, whereby the father guards the eggs deposited by the female, which in turn hatch into tailed froglets which climb onto the father's back and are transported around for several weeks until they are fully developed (Bishop et al. 2013).

As with all of our endemic frog species, the Archey’s frog is oviparous (egg-laying), laying between 4-19 eggs in summer (between December and February). Mating occurs between September and November, via amplexus (typical frog mating position). After mating has occurred the female deposits her eggs in a suitable nest, which is typically situated beneath logs or stones in damp soil, or within tree cavities. These eggs are then brooded by the male. The eggs hatch as tailed froglets, which climb onto the father's back and are transported around for several weeks until metamorphosis is complete (a process often referred to as exovivipary) (van Winkel et al. 2018; Bishop et al. 2013; Bell 1978).

Archey’s frogs are carnivorous, nocturnal predators feeding on a wide range of invertebrate prey. An analysis of the gut contents of wild animals found that their prey consisted of springtails, mites, ants, parasitic wasps, amphipods, and isopods (Shaw et al., 2012), although it is likely that they opportunistically prey on other invertebrates within their forest ecosystems.

As is the case with all of Aotearoa's herpetofauna, the diseases and parasites of our endemic Leiopelma frogs are poorly understood, and incomplete. However, one of the greatest threats amphibians are facing is the rapid spread of the deadly chytrid fungus, Batrachochytrium dendrobatidis (Bd). This, and other species of Batrachochytrium have impacted many populations of amphibian around the world (Berger et al. 1999). Some evidence indicates that this may have resulted in a major population crash of Archey's frogs in the Coromandel during the 1990's (Bell et al. 2004). However, lab and field studies of Archey's frogs indicate that Leiopelma are highly resistant to this fungus, with some wild individuals persisting infected with no obvious adverse effects, and captive animals eliminating their own infection (Bishop 2009).

Whilst, Bd is a major concern for wild populations, some diseases are more prevalent in captive situations. For example, in captivity, Leiopelma frogs are known to develop metabolic bone disease (MBD) and osteofluorosis (accumulation of fluoride in bones) due to improper husbandry (lack of UVB light, and excess fluoride in water bodies) (Shaw, 2012; Shaw et al., 2012).

Archey’s frog are listed as ‘critically endangered’ on the IUCN red list and ‘At risk: Declining’ in the DOC threat classification system (Burns et al. 2017).
Archey's frogs undergo regular monitoring and this will likely be continued to understand population trends through time (Haigh et al. 2007). Translocations are also a valuable tool and translocations have occurred to Pureora Forest, east of Te Kuiti (Cisternas et al. 2021). Predator control is also being undertaken in a number of locations and this will most likely be of importance for the local populations of Archey's frog.

Mammals pose a significant threat to Leiopelma frogs, as molecular diet analysis has demonstrated that both Hochstetter's (Leiopelma hochstetteri) and Archey's frogs are a food source for rats (Egeter et al. 2019; Egeter et al. 2015). Invasive alpine newts (Ichthyosaura alpestris) have also posed a threat to Archey's frogs as they are a vector for disease and have been recorded in close proximity to known Archey's frog populations. Accordingly, it was recommended that alpine newts be eradicated and this control program has appeared to be largely successful (Bell 2016).

The specific name 'archeyi' references Sir Gilbert Edward Archey (1890-1974), a former director of the Auckland Institute and Museum, who was responsible for the study and recognition of the life history and habits of our native frogs - namely Hochstetter's frog (Leiopelma hochstetteri) (van Winkel et al., 2018).

The skeletal morphology of Archey's and Hamilton's frogs are so similar that it is hard to determine their exact historical distribution based on fossil remains (Worthy, 1987).

Cree, A. (1989). Relationship between environmental conditions and nocturnal activity of the terrestrial frog, Leiopelma archeyi. Journal of Herpetology, 61-68.

Eggers, K. E. (1998). Morphology, ecology and development of leiopelmatid frogs (Leiopelma spp.), in Whareorino Forest, New Zealand: a thesis presented in partial fulfilment of the requirements for the degree of Masters of Science in Ecology at Massey University (Doctoral dissertation, Massey University).

Hotham, E. R. (2019). Abundance and microhabitat use of Leiopelma archeyi in relation to land-use: a thesis presented in partial fulfilment of the requirements for the degree of Masters of Science at Massey University, Palmerston North, New Zealand (Doctoral dissertation, Massey University).

Ramírez Saavedra, P. A. (2017). Behavioural patterns of two native Leiopelma frogs and implications for their conservation: a thesis submitted to Victoria University of Wellington in fulfilment of the requirement for the degree of Doctor of Philosophy in Ecology and Biodiversity (Doctoral dissertation, Victoria University).

Stephenson, N. G. (1951). On the Development of the Chondrocranium and Visceral Arches of Leiopelma archeyi. The Transactions of the Zoological Society of London, 27(2), 203-253. 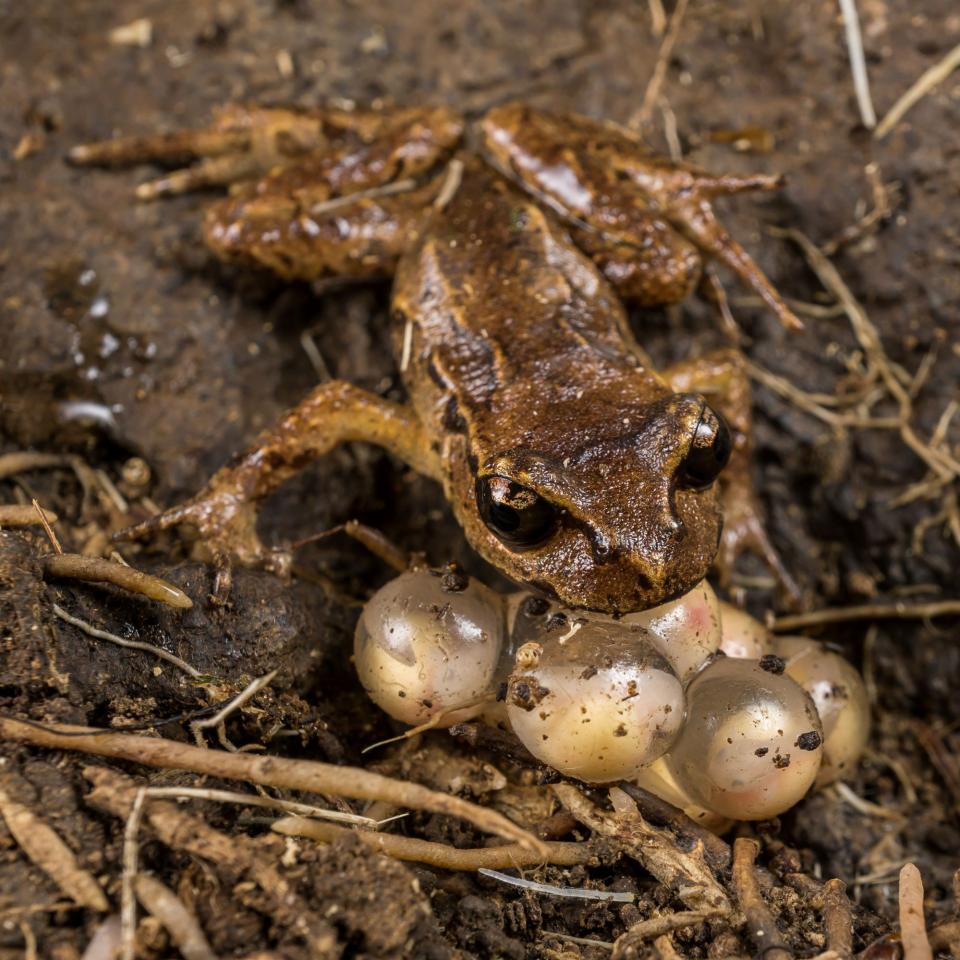 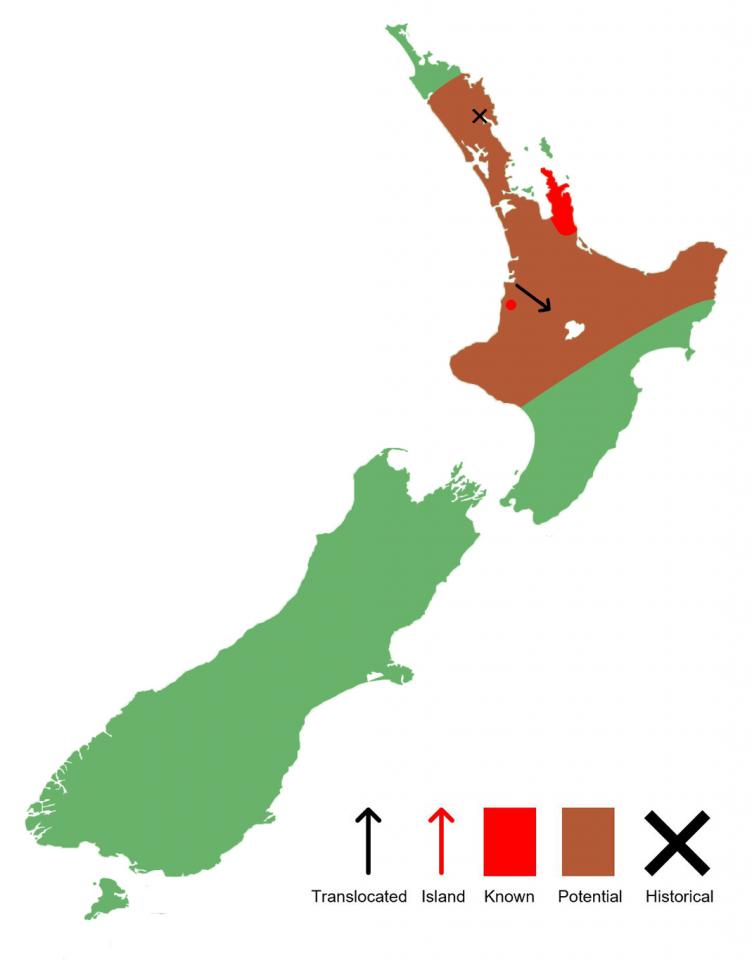 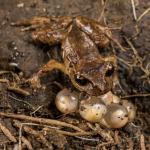 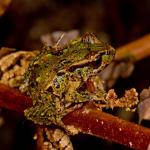 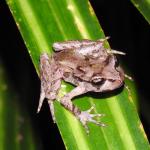 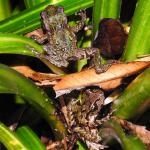 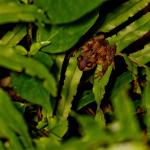 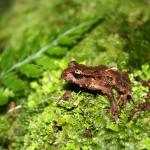 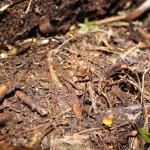 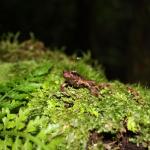 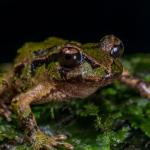 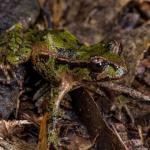 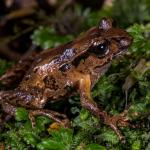 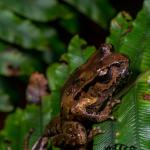 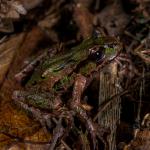 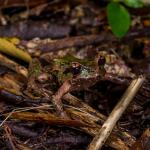 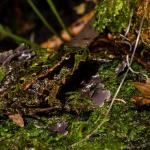 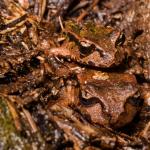 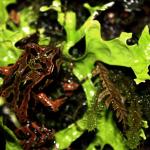 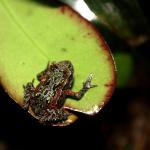