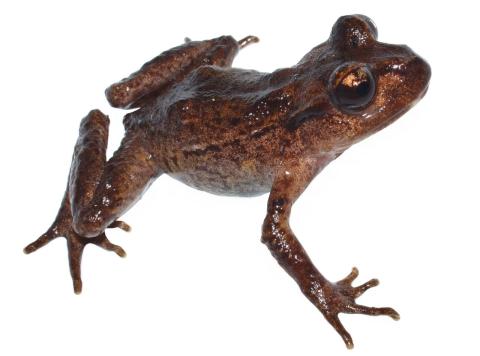 New Zealand’s rarest and largest native frog, with females reaching SVLs (snout-vent-lengths) of up to 52mm, and males reaching SVLs of 43mm. Hamilton's frogs were formerly widespread but by the time of their discovery were restricted to just two small populations in the Marlborough Sounds.

Dorsal (upper) surfaces are light to dark brown, often with a pattern of black blotches which are most-pronounced along the dorso-lateral margin, and vary in number and intensity between individuals. Ventral (lower) surfaces are light brown. Hind feet have almost no webbing, which is an adaptation to living on rocky ground.

Similar in appearance to the related Archey's frog (Leiopelma archeyi) which occurs on the Coromandel Peninsula and in Whareorino forest. However, Hamilton's frogs are often more drab and less-variable in colouration, as well as being more robust in build and much larger than Archey's frogs.

Unknown exactly how long their natural lifespan might be. However, there are wild individuals which have been monitored over 40 years.

According to sub-fossil evidence, Hamilton’s frog were once widespread from Waikato to Punakaiki. However at the time of their discovery they had only survived on Takapourewa / Stephen's Island and Te Pākeka / Maud Island, in the Marlborough Sounds.

They have since been translocated from both Maud Island and Stephen's Island to several other islands in the Marlborough Sounds (including Long Island, Motuara Island and Nukuwaiata), and to Zealandia - a mainland sanctuary in Wellington.

Distribution maps are simplified, predicted distributions based on a combination of known distribution data, historical distribution data, suitability of habitat, and known biogeographic patterns. In some cases, the potential distribution of a species may be very unlikely. However, due to the cryptic nature of some of New Zealand's herpetofauna, it should not be ruled out entirely. Only significant historical records outside the known range of each species are used.

A nocturnal and terrestrial species. Hamilton's frogs emerge on humid nights (particularly during light rain) to hunt for insects.

Hamilton’s frog inhabit deep rock piles in native forest or live under logs and rocks on the forest floors. The species have a small home range (<5m) and are known to climb several meters in trees and ferns.

Largely unknown. However, they occur at high-density in appropriate habitat (~1000 frogs per hectare).

Females lay 1-19 eggs in damp recesses on the ground, in trees, or in the crown of tree ferns. The male guards the eggs for 14-21 weeks until they hatch. Tadpoles have no aquatic stage, they remain within the egg and hatch out as fully-formed froglets, which are carried around on the males back for several weeks.

Hamilton’s frog are at risk of diseases such as amphibian chytrid fungus.

Hamilton’s frog are listed as ‘vulnerable’ on the IUCN red list. In the 2013 threat classification series DOC listed the Te Pākeka / Maud Island and Takapourewa / Stephen's Island populations separately with Leiopelma hamiltoni (Stephen's Island) categorised as ‘nationally critical’ and Leiopelma pakeka (Maud Island) as ‘nationally vulnerable’ (both groups are now considered to be one species).

Threats to Hamilton’s frog include introduced predators, disease, habitat change and destruction. Intra and inter island translocations took place in 1992, 2004 and 2006. On Stephens Island tuatara were preceived to be a threat to Hamilton’s frog due to their abundance and the small area the frogs were occupying. In 2006 a group of 21 frogs were translocated from Maud Island to Zealandia Sanctuary.

The Te Pākeka / Maud Island population were named as a separate species (Leiopelma pakeka) in 1998 as a result of allozyme DNA studies, which suggested they were a distinct species. Further genetic studies ensued, it was later postulated that the allozyme data reflected a genetic bottleneck (resulting from the isolation and small size of the populations), and the two groups are now considered to be a single species.

The skeletal morphology of Archey's and Hamilton's frogs are so similar that it is hard to determine their exact historical distribution based on fossil remains (Worthy, 1987).

Cash, B., & Gaze, P. (2008). A history of wildlife translocations in the Marlborough Sounds. DOC: Wellington.

Karst, T. M. (2013). Mortality mitigation of a translocated rare New Zealand frog Leiopelma pakeka: A thesis submitted in partial fulfilment of the requirements for the degree of Master of Science in Conservation Biology.

Lukis, K. (2009). Returning an endemic frog to the New Zealand mainland: Transfer and adaptive management of Leiopelma pakeka at Karori Sanctuary, Wellington: A thesis submitted to Victoria University of Wellington in partial fulfilment of the requirements for the degree of Master of Science (Ecological Restoration)

Ramírez Saavedra, P. A. (2017). Behavioural patterns of two native Leiopelma frogs and implications for their conservation: a thesis submitted to Victoria University of Wellington in fulfilment of the requirement for the degree of Doctor of Philosophy in Ecology and Biodiversity (Doctoral dissertation, Victoria University).

Tocher, M. (2011). 'State of the nation' report on New Zealand translocations including a quick overview of past translocations. FrogLog, 99, 39-40.

Webster, J. T. (2004). Individual identification, disease monitoring and home range of Leiopelma hamiltoni: a thesis submitted in partial fulfilment of the requirements for the Degree of Master of Zoology. 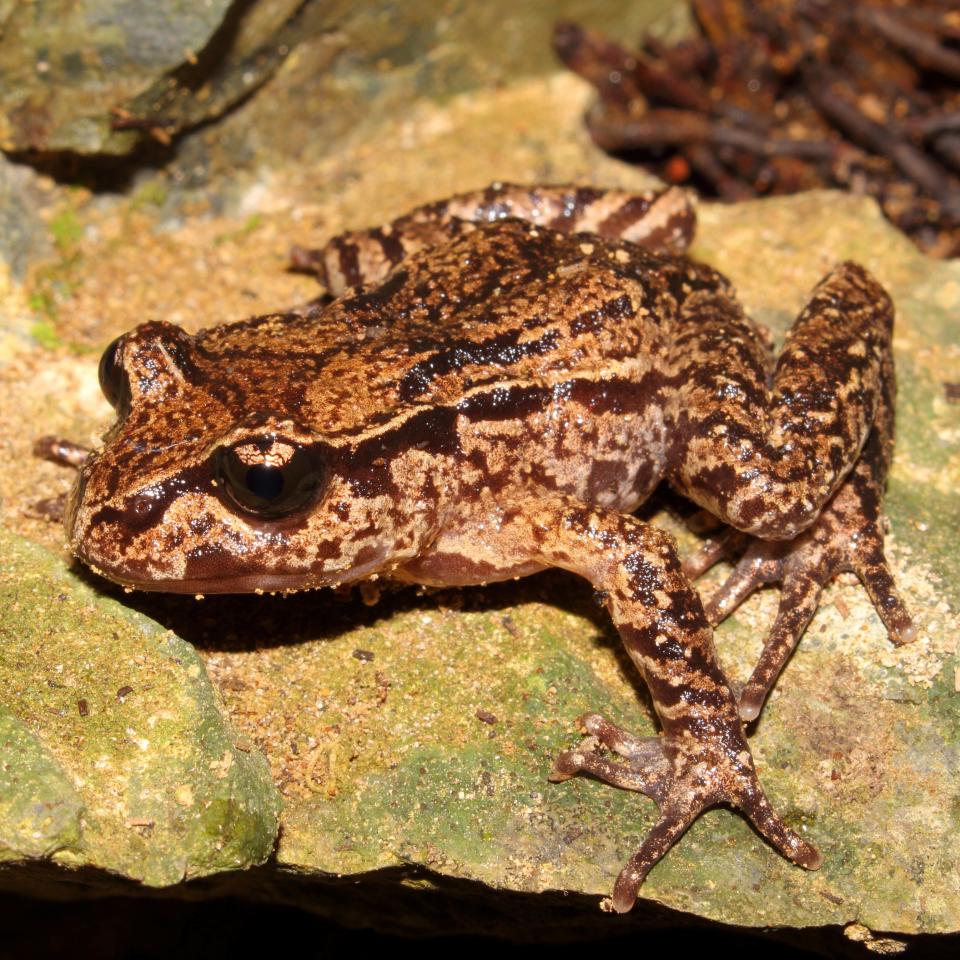 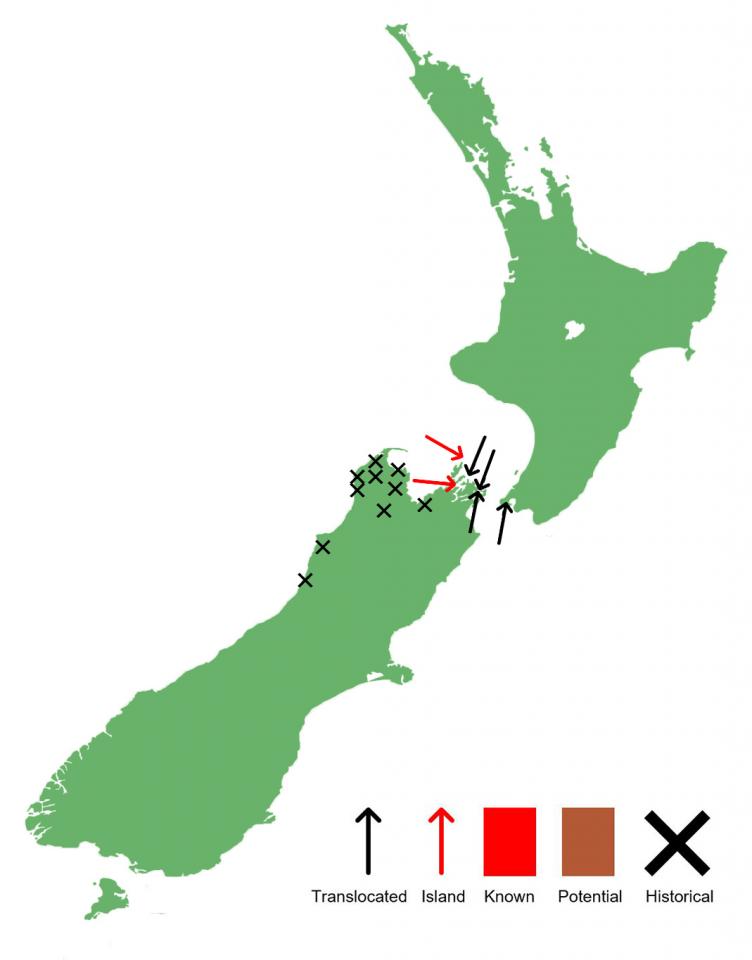 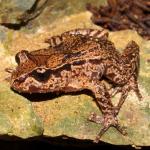 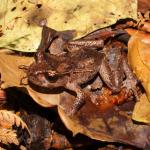 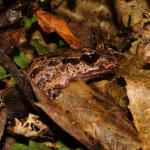 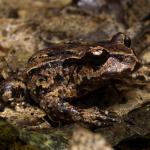 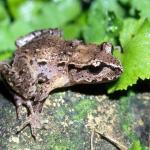 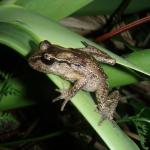 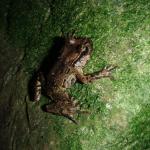 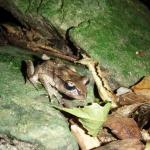 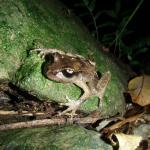 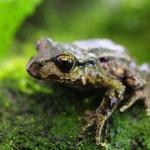 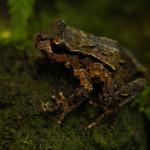