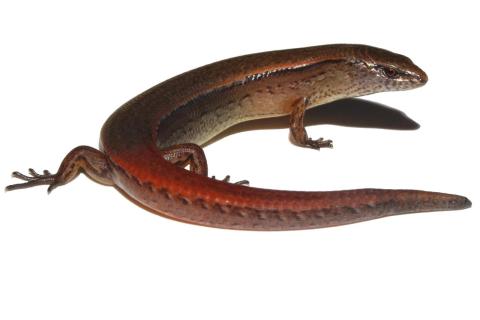 Length: SVL up to 51mm, with the tail being shorter than the body length

This iconic little species is New Zealand’s smallest skink. It bears a striking resemblance to the closely related copper skink (Oligosoma aeneum), but is significantly smaller, and restricted to the northern regions of the Aupouri Peninsula. As with the copper skink, this species is brown with occasional cream/white and black flecking, it has a copper dorsolateral stripe bordered by black on the lower edge running from the neck to the base of the tail, as well as black and white denticulate patterns on the upper and lower jaw. Lower surfaces range from white through to yellow, with orange patches towards the vent and tail, there can be black flecking on the throat.

In general, the slight skink is considered to be geographically isolated from the copper skink (Oligosoma aeneum), however, in regions where it may overlap (e.g. the southern Aupouri peninsula) it can be distinguished by its slighter build, smaller size, and lower mid-body scale counts. It co-occurs with the ornate skink (Oligosoma ornatum) but is unlikely to be confused with it due to its much smaller size and lack of the distinctive teardrop marking on the lower jaw.

Largely unknown, but as with most of Aotearoa's small endemic skinks it is likely that their life expectancy is around 10-20 years in the wild.

Confined to the northern Aupouri Peninsula and some of its offshore islands (e.g. Motuopao), where it occurs from the coastline right through to the highest peaks (310m asl).

A highly cryptic species, with fossorial (burrowing) habits. On the mainland, it tends to occur in association with mature forests, and other suitably damp habitats, whereas on islands it tends to be associated with dense flaxlands. Known to utilise the burrows of invertebrates, but may also dig its own in suitably friable soils.

The slight skink is solitary in nature, but may be found in small to large groups under suitably large refugia.

Likely to be ovoviviparous. It is assumed that it has a similar reproductive output to the closely related copper skink (Oligosoma aeneum) e.g. Up to 4 live young born January-March.

As with other native skinks this species is likely to be omnivorous feeding on small invertebrates found in leaf litter, as well as small fruits.

The slight skink, as with many of our other Oligosoma species, is likely to be a host for at least one species of endoparasitic nematodes in the Skrjabinodon genus (Skrjabinodon poicilandri), as well as at least one strain of Salmonella. Similarly, as with most ex-Cyclodina skinks they are unlikely to harbour large numbers of ectoparasitic mites in the wild.

Listed in the most recent threat classification as 'Threatened - Nationally Endangered', due to their relatively small range, preferred habitat, and the low number of reported sightings. The major threats for this species come in the form of predation by mammalian pests (rats, mice, hedgehogs, possums, and feral cats), degradation of suitable habitat by pigs, and the clearance of forest/scrub.
The only secure population occurs on Mutuopao Island, although little is known about the health of that population.

The specific name 'levidensum' is a reference to their slight build, and small reduced legs, deriving from the latin word 'levis' - slight. 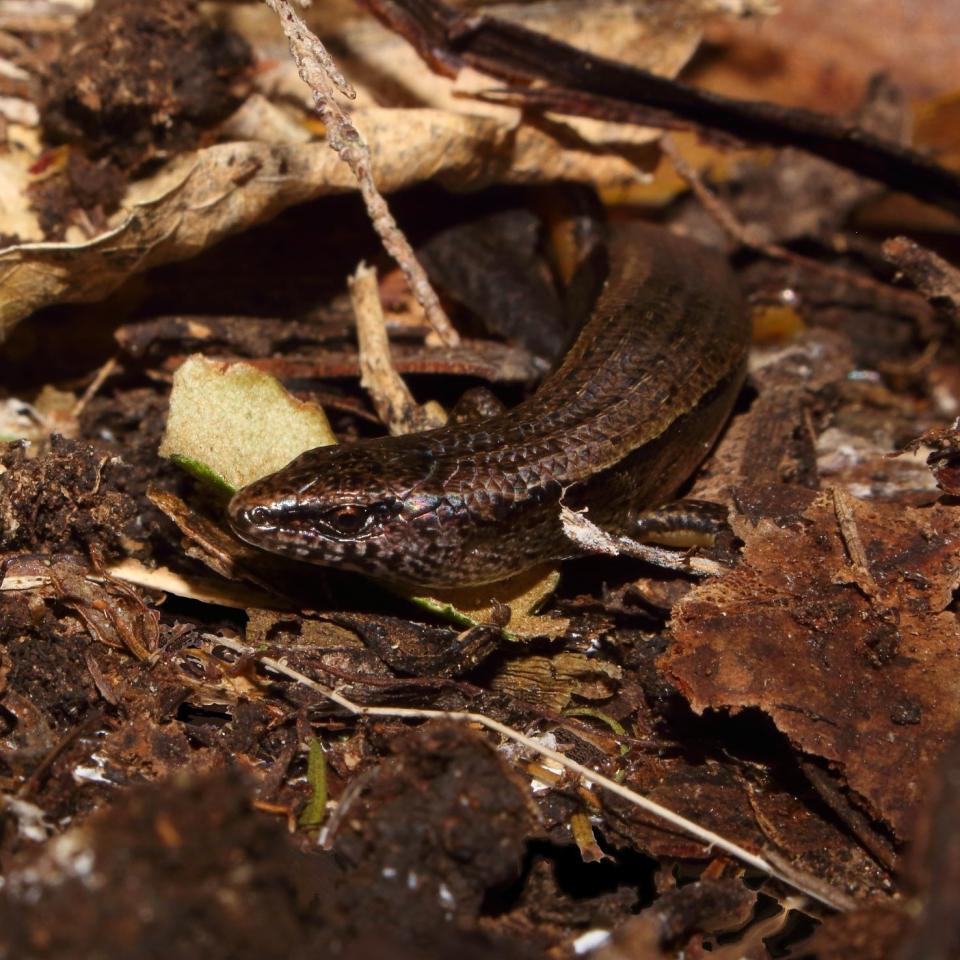 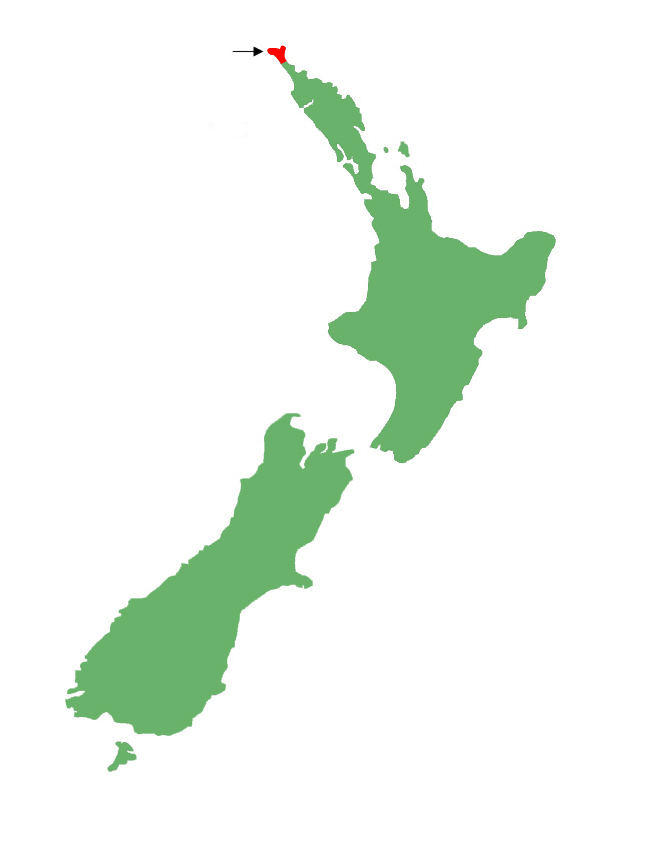 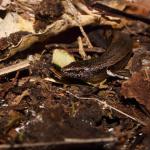 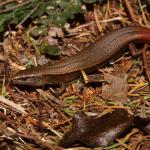 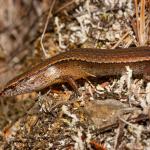 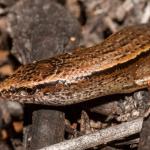 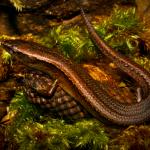 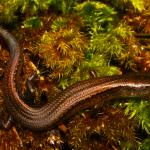