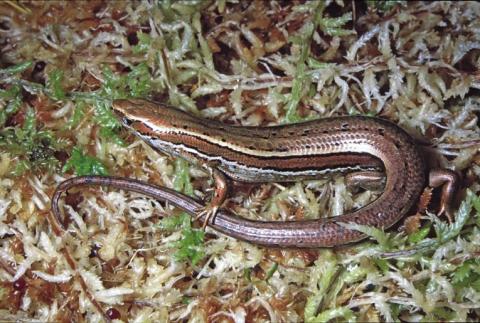 Length: SVL up to 65mm, with the tail being equal to or slightly longer than the body length

A mysterious little skink that is so far only known from one individual. The dorsal surface is golden-brown, with a few scattered black flecks, a darker brown, but faint mid-dorsal stripe, and cream-coloured dorsolateral stripes. Lateral stripes are chocolate-brown, smooth edged, with a black border, and white mid-lateral stripe below. White mid-lateral stripe runs below eye and through ear opening. Ventral surface is yellow-bronze on the torso and tail, throat is white / grey. Tail with strongly keeled scales, giving this skink a distinctive appearance.

The Okuru skink has a strongly keeled tail and shares this trait with the small-eared skink (Oligosoma stenotis) of Stewart Island, and several members of the cryptic skink complex (Oligosoma inconspicuum). Can be distinguished from other species by the combination of three supraocular scales; strongly keeled tail; absence of markings on forelimb; and presence of lobules in ear.

The only known specimen was found near Okuru, south of Haast on the South Island's West Coast.

Presumed to be diurnal. The only specimen found was found in lowland pākihi (Sphagnum moss swamp), by a moss-picker.

Unknown, but presumed to be insectivorous and frugivorous in common with other New Zealand skinks (Oligosoma spp.).

The Okuru skink is known from only one individual collected in pākihi (Sphagnum moss swamp). Several searches in the area where the skink was found have failed to locate additional animals. The species may be incredibly rare / isolated, or could already be extinct.

The Okuru skink has a distinctive keeled tail, and appears to be most similar to the small-eared skink (Oligosoma stenotis) of Stewart Island, which shares this feature. 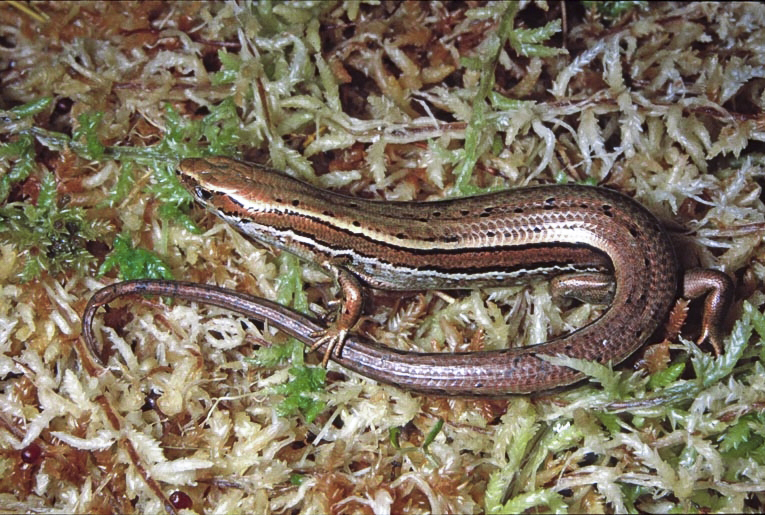 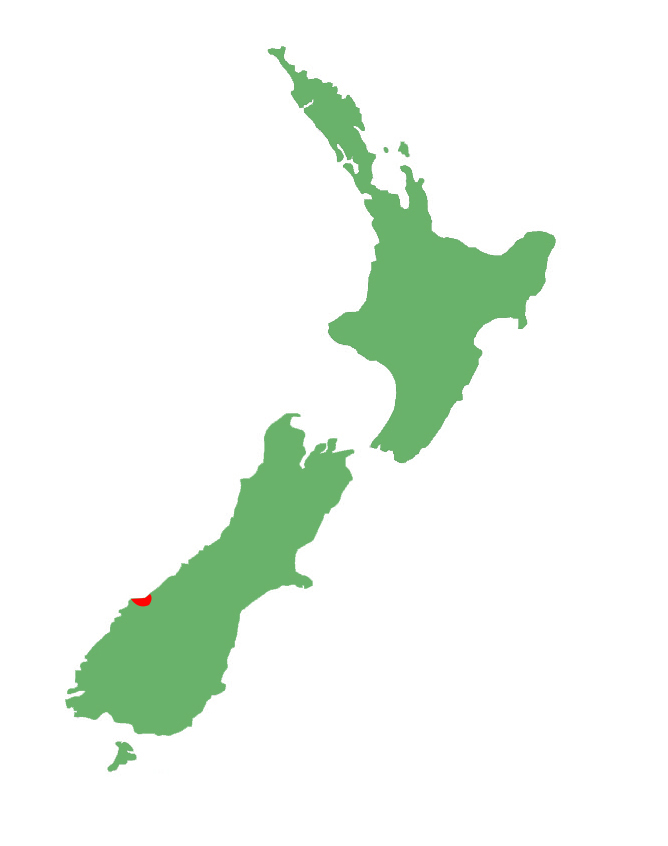 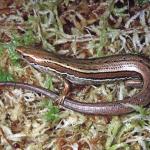