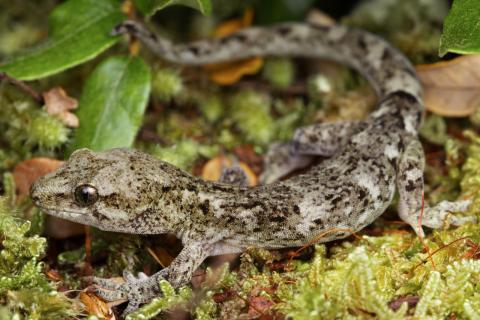 Length: SVL up to 93mm, with the tail being equal to or slightly longer than the body length

The mountain beech gecko (or south-western large gecko) was previously considered synonymous with the kōrero gecko (Woodworthia "Otago/Southland large"). However, recent analyses have distinguished these two taxa due to genetic and geographic separation. Adult male mountain beech geckos also have three rows of precloacal pores extending onto their legs (vs. two in kōrero geckos). Accordingly, they are thought to be two distinct species (Hitchmough et al., 2021). Mountain beech geckos typically have pinkish brown, grey brown, or olive grey dorsal surface with paler markings. Their ventral surface is pale grey. Their mouth interior is pink with a pink tongue. Individuals from the forest are typically smaller with brighter markings than those from the alpine.

Eastern Fiordland to the Old Man Range and around Lake Wakatipu.

Generally nocturnal but occasionally seen basking in daylight. Primarily terrestrial and saxicolous (rock-dwelling), but is known to climb inhabit beech forest and has been found tens of metres off the ground in beech trees. Mountain beech geckos live in the lowlands, but also range up into the alpine (1300 metres a.s.l). They can be found in the scree slopes, rocky river/lake terraces, rock outcrops, and in mature forest.

Likely feeds on a combination of invertebrates, nectar and seasonal fruit.

This species is not being actively managed. Given the common occurrence and wide range of this species, it is regarded "At Risk: Declining" (Hitchmough et al., 2021). 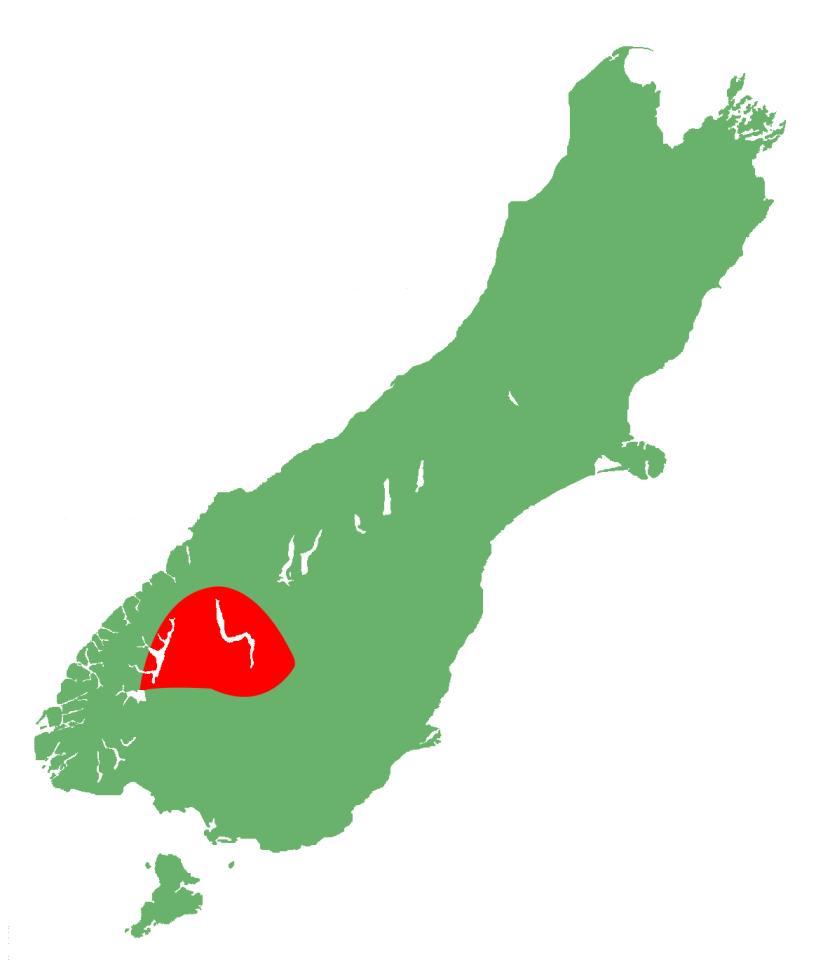 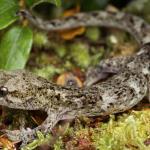