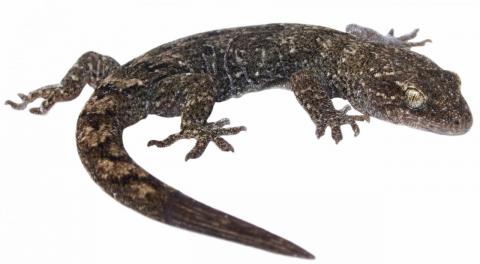 Length: SVL up to 72mm, with the tail being equal to or slightly longer than the body length

A locally abundant, undescribed cryptic species complex that is part of the W. maculata (or ‘common gecko’) group. Southern Alps geckos are a medium-sized, robust, grey-brown variably marked gecko found throughout the central Eastern South Island high country, from Marlborough to Otago. Most likely encountered basking or under rocks on stable scree slopes and outcrops in the sub-alpine, although known to occur arboreally in shrublands.

Generally nocturnal but occasionally seen basking in daylight. Primarily terrestrial and saxicolous (rock-dwelling) although some populations are known to be arboreal. Southern Alps geckos live at lower elevations between mountain ranges, but also range up into the alpine (1800 metres a.s.l). Can be found in the stable bases of scree slopes, rocky river terraces and shattered outcrops in dry sub-alpine. Known to inhabit rocks like greywacke and schist. This species has been found to co-occur with the orange-spotted gecko (Mokopirirakau "Roys Peak").

Likely feeds on a combination of invertebrates, nectar and seasonal fruit. Potentially a key sub-alpine pollinator and seed spreader. May feed on smaller gecko species including cannibalism.

Given the common occurrence and wide range of this species, it is regarded as Least Concern. However, future morphological & genetic research may split the species complex further. There is significant morphological variation between populations across the range which is worth protecting.

Southern Alps geckos are members of the 'common gecko' complex, a group of closely related species which are regionally distributed throughout New Zealand. Historically, most of these were considered a single highly-variable species - Hoplodactylus maculatus (the so called 'common gecko'). The 'common gecko' has now been separated into over ten different species. 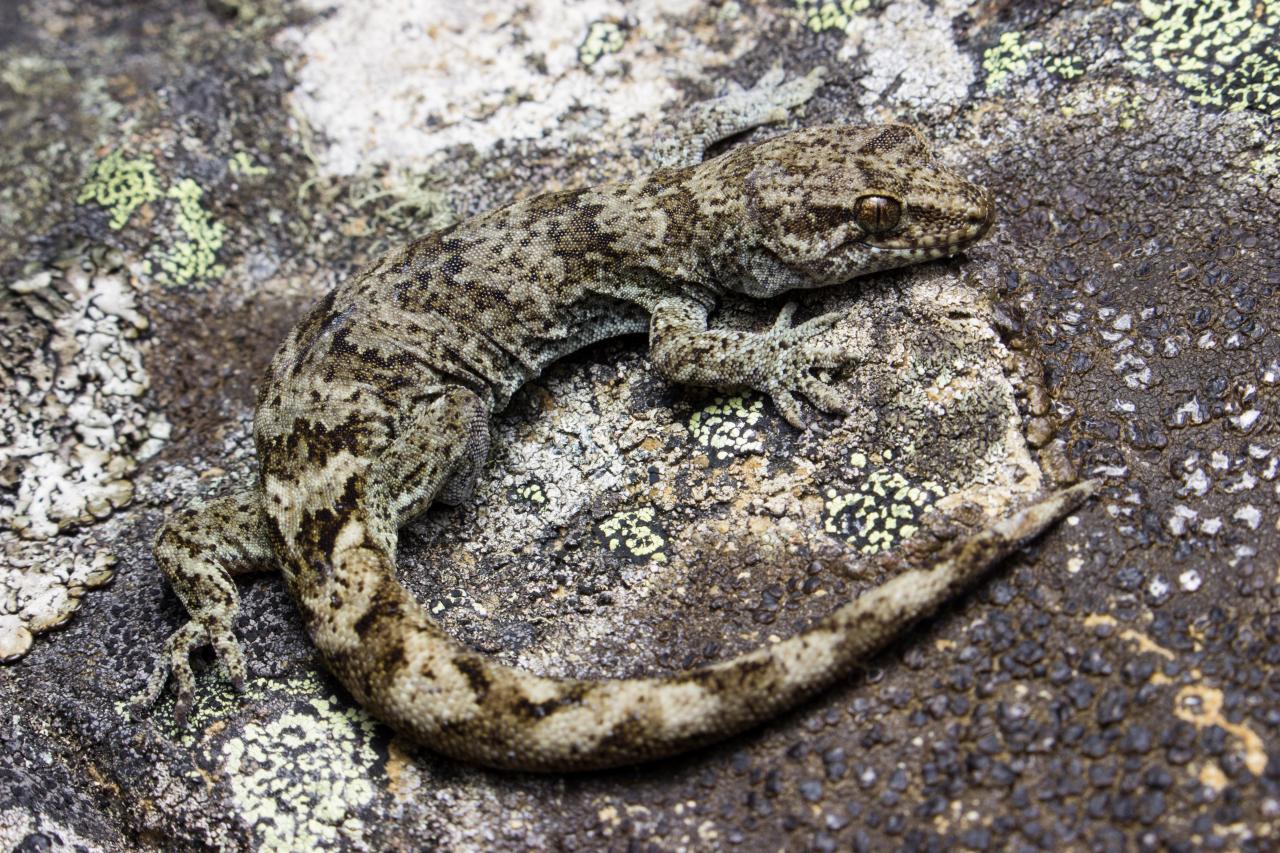 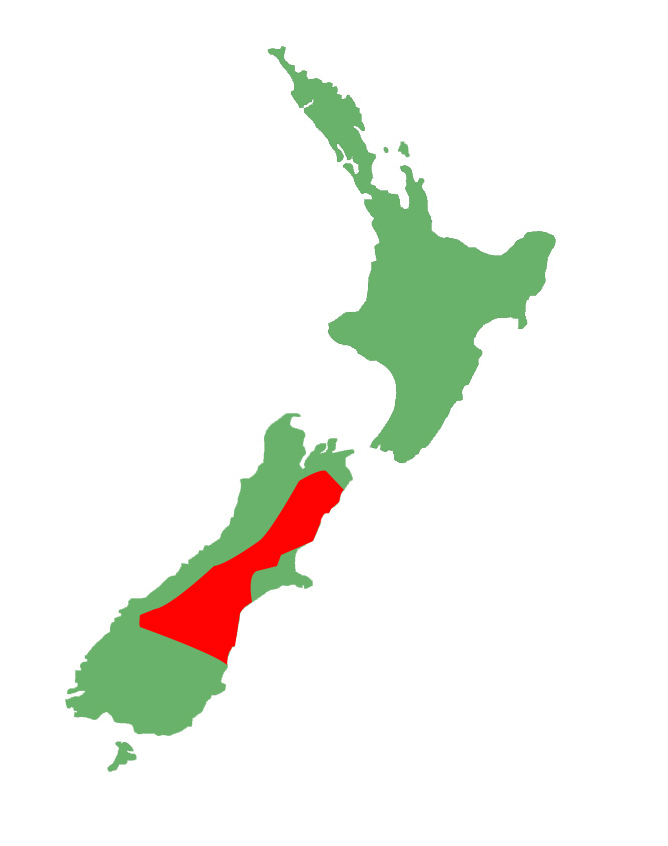 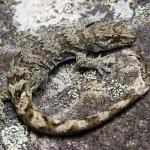 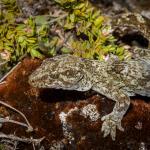 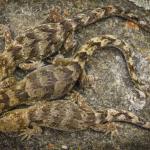 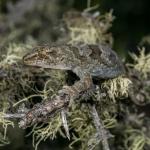 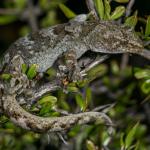 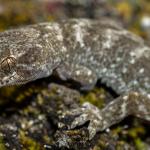 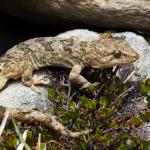 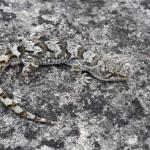 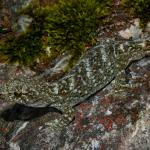