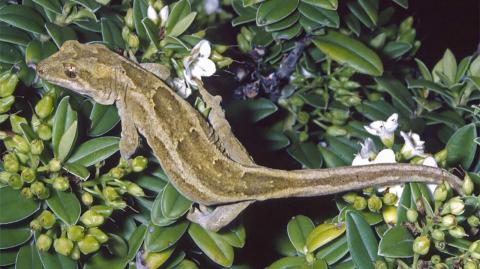 Length: SVL up to 80mm, with the tail being equal to or shorter than the body length

A unique species of Mokopirirakau that was once thought to be restricted to the Open Bay Islands off the western coast of Haast in southern Westland. Generally considered to be one of the smallest Mokopirirakau species, this may no longer be true, with the discovery of a distinct alpine population on the adjacent mainland in 2021. Although genetically similar, these populations are fairly distinctive from each other, showcasing differences in both pattern and colouration.

This population is relatively drab compared to other Mokopirirakau, being a uniform light brown or olive with beige dorsolateral stripes and transverse bands which often result in distinct U-shape patterns running down the back of the animal. A distinct arrow-shaped marking is present between the eyes pointing towards and often joining with the dorsal pattern. The lateral (sides), and ventral (belly) surfaces are a similar light brown to olive as the dorsal surfaces but fade to lighter tones on the undersides. The mouth lining and tongue of this species are bright orange in colouration.

This population is characterised by its much brighter and contrasting dorsal colouration and pattern. In general, their dorsal surfaces range from light brown through to rusty-brown/orange, with this background colouration being broken up by much lighter (light brown to white) dorsolateral stripes, and dark transverse bands/blotching. A distinct V-shaped marking is present between the eyes in the middle of the head, whilst a pale (light brown to white) stripe, bordered by darker pigments runs diagonally from the lower eye through to the ear. The lateral surfaces (sides) are much the same as the dorsal surfaces but may have pale dots speckled over them. The ventral surface (stomach) is brown to light brown, and often has pale speckling (light brown to orange), giving a mottled appearance, with the throat often being similar in colour to the speckling. The mouth lining and tongue of this species are bright orange in colouration.

Although once considered to be restricted to Taumaka island in the Open Bay Island group, it was recently (2021) discovered in the subalpine/alpine zones on the adjacent mainland.

The Open Bay Islands gecko is nocturnal (active at night), although may cryptically bask during the day. As with many members of the Mokopirirakau genus they are primarily arboreal (tree-dwelling), but in certain habitats (subalpine/alpine) they are almost exclusively terrestrial (ground-dwelling). Lowland (forest dwelling) populations possess a strongly prehensile tail which acts as a third-limb/climbing aid when moving through shrubs and trees. They are known to occasionally mouth-gape and produce a high-pitched squealing sound when threatened by potential predators.

Open Bay Islands geckos are closely associated with a range of different habitats on both Taumaka, and the adjacent mainland, these include; coastal forest, scrubland, boulderfield, and tussockland/rocky herbfields. On Taumaka, dense vegetation such as the terrestrial growth form of kiekie (Freycinetia banksii) may serve as a major stronghold, particularly in the presence of weka.

The Open Bay Islands gecko is solitary in nature, although it is thought that they may share refugia with congeners during the winter. As is the case with other Mokopirirakau it is theorised that males likely show aggression to other males during the breeding season. Neonates (babies) are independent at birth.

As with all of Aotearoa's gecko species, the Open Bay Islands gecko is viviparous, giving birth to one or two live young annually, or biennially (once every two years). It is not known when females birth, but they have been recorded as being gravid in March. Mating in Mokopirirakau may seem rather violent with the male repeatedly biting the female around the neck and head area. Sexual maturity is probably reached between 1.5 to 2 years as with other Mokopirirakau, however, in alpine populations, it may take up to 4 years.

Open Bay Islands geckos are omnivores. They are primarily insectivorous in nature, but are also known to feed on the nectar, and small fruits of several plant species when they are seasonally available. With the lowland population being primarily arboreal, and the alpine population primarily terrestrial it is likely that food sources differ between them. The diet of lowland populations is likely to be predominantly composed of flying insects (moths, flies, beetles, etc.), and small spiders, whilst alpine populations probably take more terrestrial prey (crickets/grasshoppers, ground-dwelling beetles, and some moth species).

The Open Bay Islands gecko is regarded as 'Threatened - Nationally Endangered' due to both its restricted distribution, and small population. This species is exposed to predation from Weka (introduced in the early 1900s) on Taumaka island, and along with the co-occurring Taumaka skink (Oligosoma taumakae) would benefit from the removal or control of them.
The recent discovery of a mainland population may point to this species being less threatened than once thought, however, the distinctive population on Taumaka is still highly threatened and requires imminent conservation efforts.

For many years it had been theorised that this species was likely to occur on the West Coast mainland, due to the shallowness between the Open Bay Islands, and the adjacent landmass. However, it wasn't until 2021 that this theory came to fruition, when a population was discovered in the mountain ranges to the east of Taumaka. 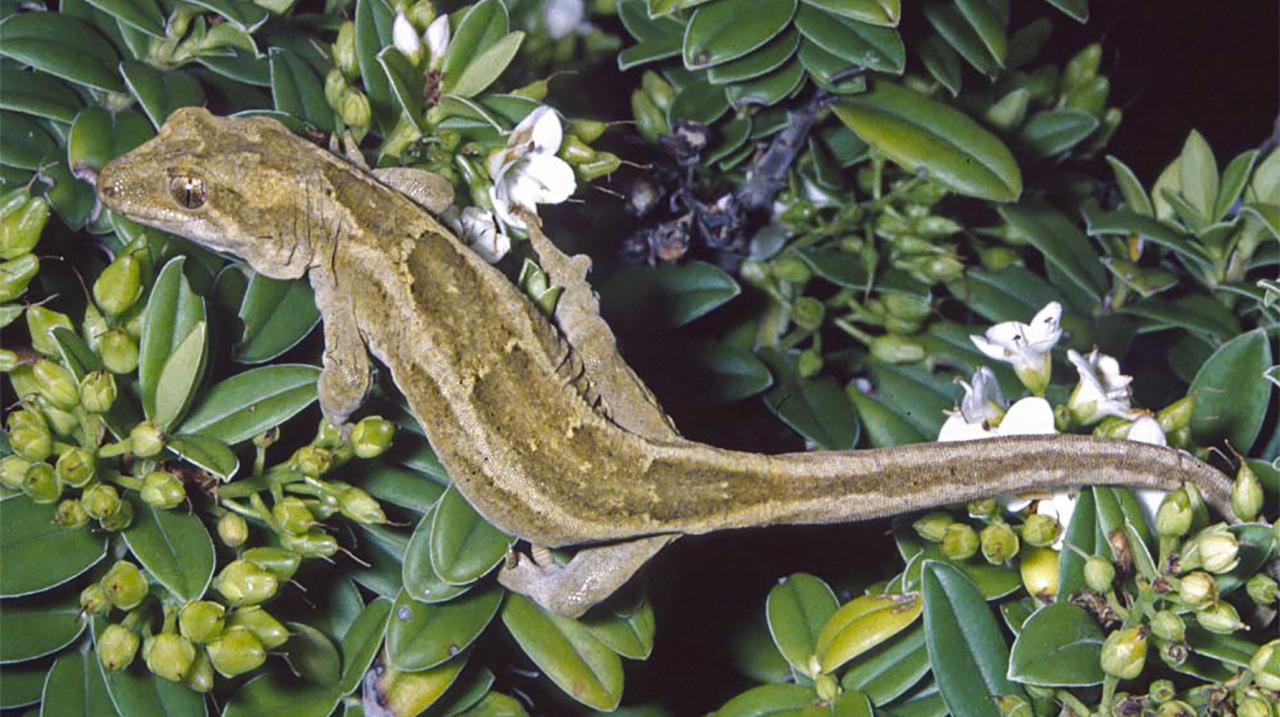 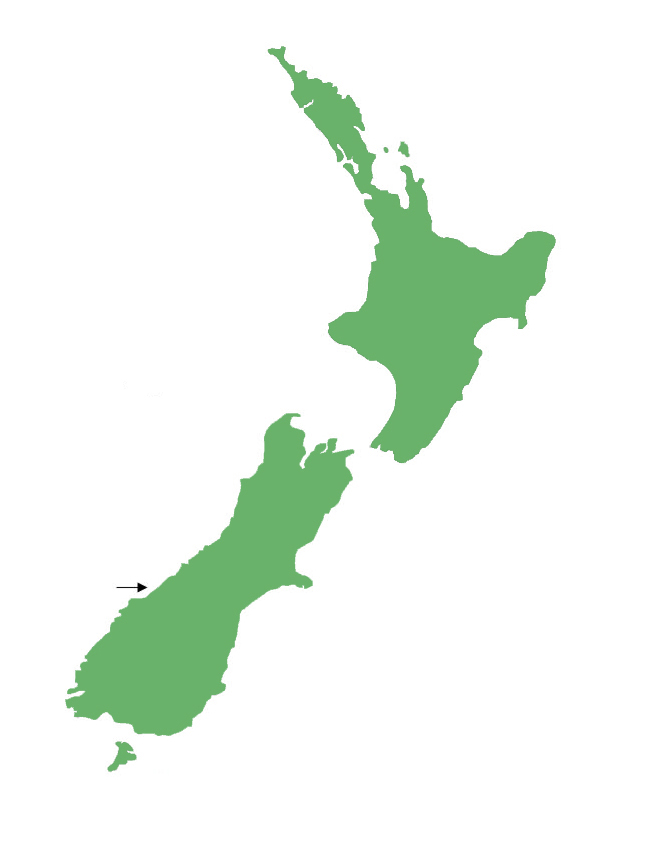 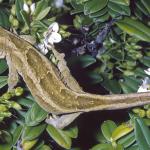