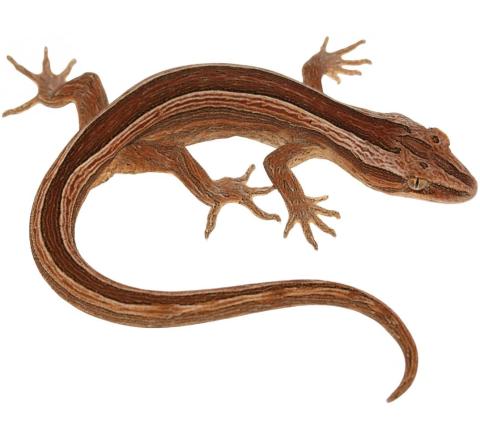 Length: SVL up to 95 mm, with the tail being longer than the body length

Northern striped gecko are slender bodied, medium-large gecko reaching a snout to vent length (SVL) of up to 85mm with the tail being ≥ SVL.

The dorsal (upper) surface light to dark tan with wide pale stripes which may be either bright or drab in colouration. Stripes may be clean-edged or indented by mid-dorsal patterning. Stripes converge to a single line along the tail. Ventral (lower) surface streaked with fine flecks or spots. Brown/grey eyes. A distinctive mouth with a pink lining and tongue; the tongue sometimes has a darker tip. The corners of the mouth are orange, with the orange colouration sometimes extending around the teeth. Rostral scale in close broad contact with nostril. Males have three large pointed scales on each side of the tail base. Toes have extended pads.

Striped gecko can be distinguished from Pacific geckos (Dactylocnemis pacificus) and goldstripe geckos (Woodworthia chrysosiretica) by the presence of orange in the mouth.

Arboreal and nocturnal, in captivity northern (Coromandel) striped gecko have been observed sunbasking on branches and tree trunks, often with their limbs parallel to the body. Striped gecko inhabit coastal forest and shrubland. Captive northern (Coromandel) striped gecko have been observed leaping with considerable force and speed as an escape technique, rather than dropping as with most native gecko species (D.R.H. Ashby, personal communication, October 11, 2016).

Striped gecko are elusive, with their social structure and behaviour largely unknown. Captive northern striped gecko do not show the same level of territorial fighting as other species of gecko, with two males able to coexist in the same enclosure, with no aggressive behaviour and only one case of behavioural suppression in a juvenile female (D.R.H. Ashby, personal communication, October 11, 2016). Females will sunbathe in close proximity to each other.

Females are viviparous (live-bearing), giving birth to one or two young every second year during late summer/early autumn, and possibly as late as June.

Largely unknown, however, the diet of most wild New Zealand geckos consists of invertebrates and nectar.

In captivity northern striped gecko have been observed actively hunting, although, show more caution and stealth than other native species such as Duvaucel’s gecko (Hoplodactylus duvaucelii) and green geckos (Naultinus spp.) (D.R.H. Ashby, personal communication, September 20, 2016). In captivity Coromandel striped gecko feed on a wide range of winged insects, including lacewings and dobsonfly, as well as fruit.

The nematode Skrjabinodon poicilandri has been recorded in Toropuku stephensi. Red mites have been observed in captive Northern striped gecko.

A captive breeding programme for Northern striped geckos ran for several years utilising animals that were caught sporadically by members of the public at several sites along the Coromandel Peninsula. These animals bred several times, and were eventually all released at Driving Creek Sanctuary in late 2017.

For a while, northern striped geckos were so rarely encountered they were considered to be the 'rarest gecko in the world.' More recent survey effort has confirmed they are widespread on the northern Coromandel Peninsula and can be locally abundant at sites with good pest-control. 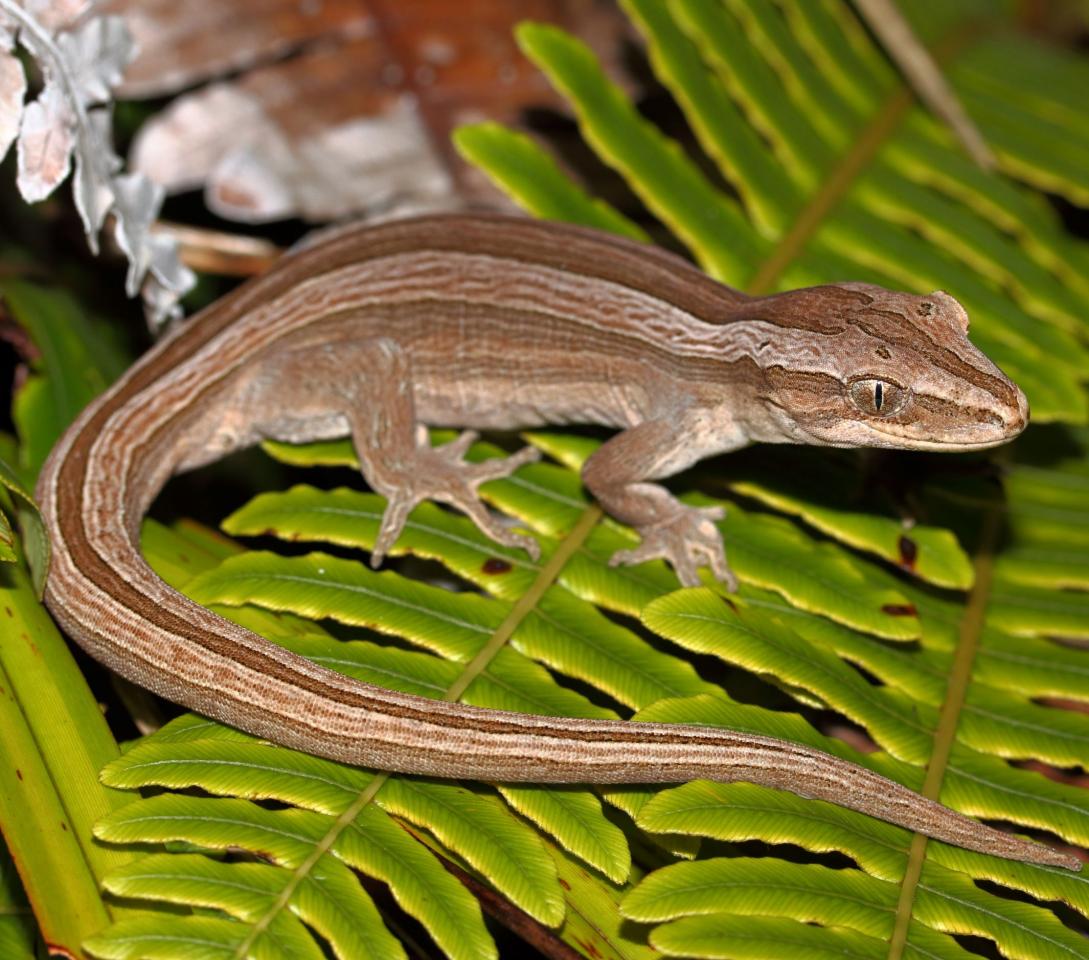 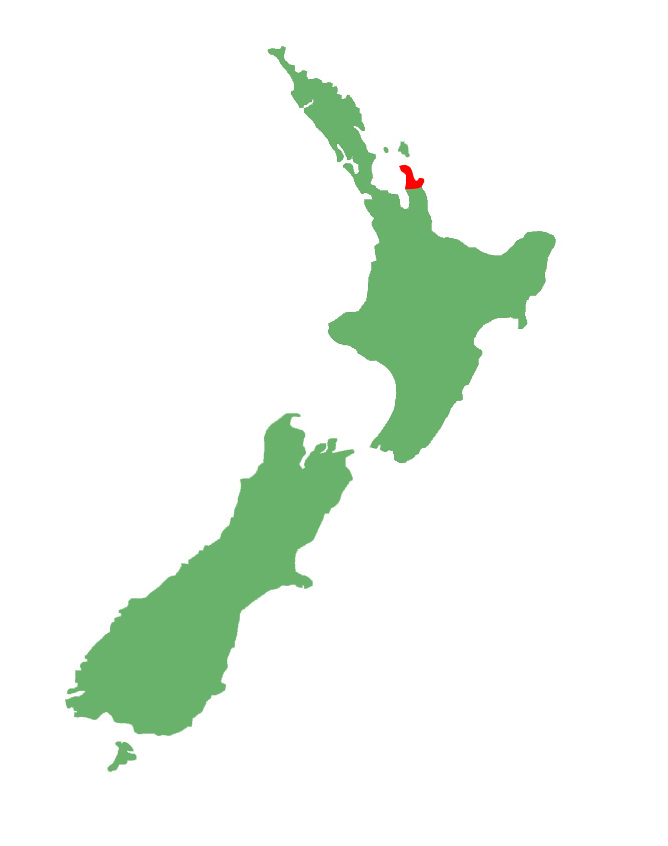 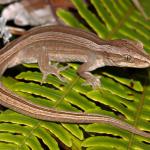 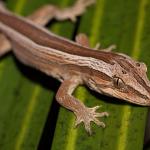 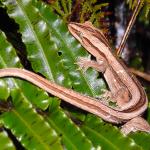 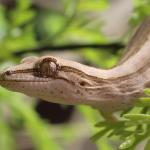 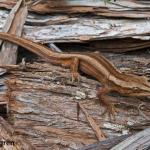 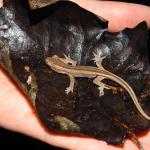 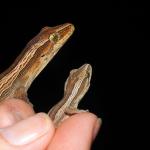 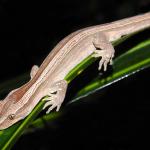 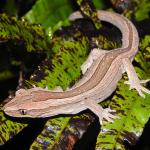 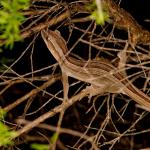 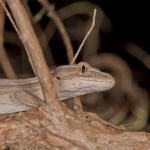 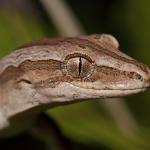 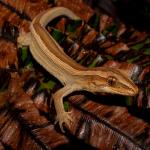 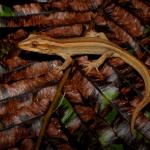